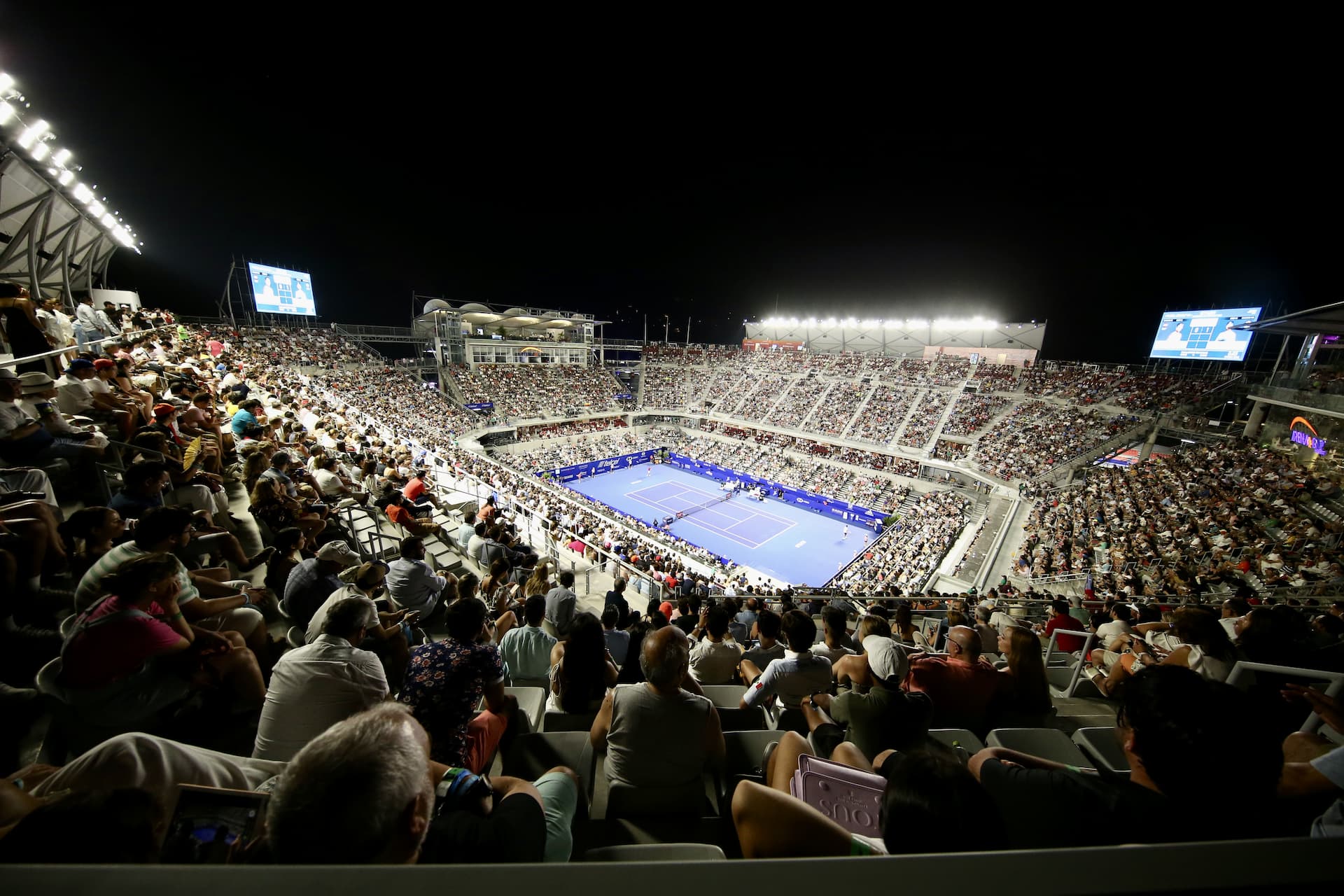 Acapulco, February 26th. – In the XXIX edition of the Abierto Mexicano Telcel presentado por HSBC we got to live several new records: the Spaniard Rafael Nadal, 5th of the world, won the title for the fourth time, we lived the longest matches in the history of this tournament, new records with referees and even the arrival of a new number 1 in the ranking of the ATP.

The audience was incredible in the Tournament in Acapulco. We lived evenings with a full stadium and with thousands of people enjoying the new venue.

On the court, Nadal’s fourth title helped him match his record to other players with more titles in the tournament.

In the AMT 2022, the Spaniard has 4 titles just like his compatriot David Ferrer and the Austrian Thomas Muster.

On Monday, during the inauguration of the Arena GNP Seguros, the first day was like a marathon after almost 11 hours since it started Monday in the afternoon-night of and ended in the early hours of Tuesday.

The first match of the main draw in the tournament’s new home, was between the Spaniard Fernando Verdasco and the American John Isner, which lasted 3 hours and 13 minutes, a new record for the tournament.

But in the next match, we experienced the longest-running match in the history of the Mexican tournament with the victory of the American Stefan Kozlov against the Bulgarian Grigor Dimitrov 7-6, 5-7, 6-3 in 3 hours and 21 minutes of game.

Then followed the match that closed the marathon day in which the reigning champion in Acapulco, the German Alexander Zverev defeated Jenson Brooksby in 3 hours and 20 minutes of game.

That match ended very late, a new record in professional tennis since it ended at 4.55 in the morning. Before, the record was in 2008 by the Australian Lleyton Hewitt and the Cypriot Marcos Baghdatis, which had ended at 4.34 in the morning.

But if the activity had been extensive on Monday, on Wednesday the three matches played at the Stadium: Daniil Medvedev-Pablo Andújar, Stefanos Tsitsipas-J.J. Wolf and Rafael Nadal-Stefan Koslov were really fast. They lasted less time than the shortest match on Monday. All three were finished in less than 3 hours and 13 minutes.

On Thursday, the Russian Daniil Medvedev received the news that next Monday, he will be the new number 1 player after his victory in Acapulco and the elimination of the Serbian Novak Djokovic in Dubai.
New records continued until Saturday when two female referees conducted the singles and doubles finals for the first time in ATP history. Nadal also won his fourth title, and we had the largest audience in the last day to close this dream week for the Abierto Mexicano Telcel presentado por HSBC.