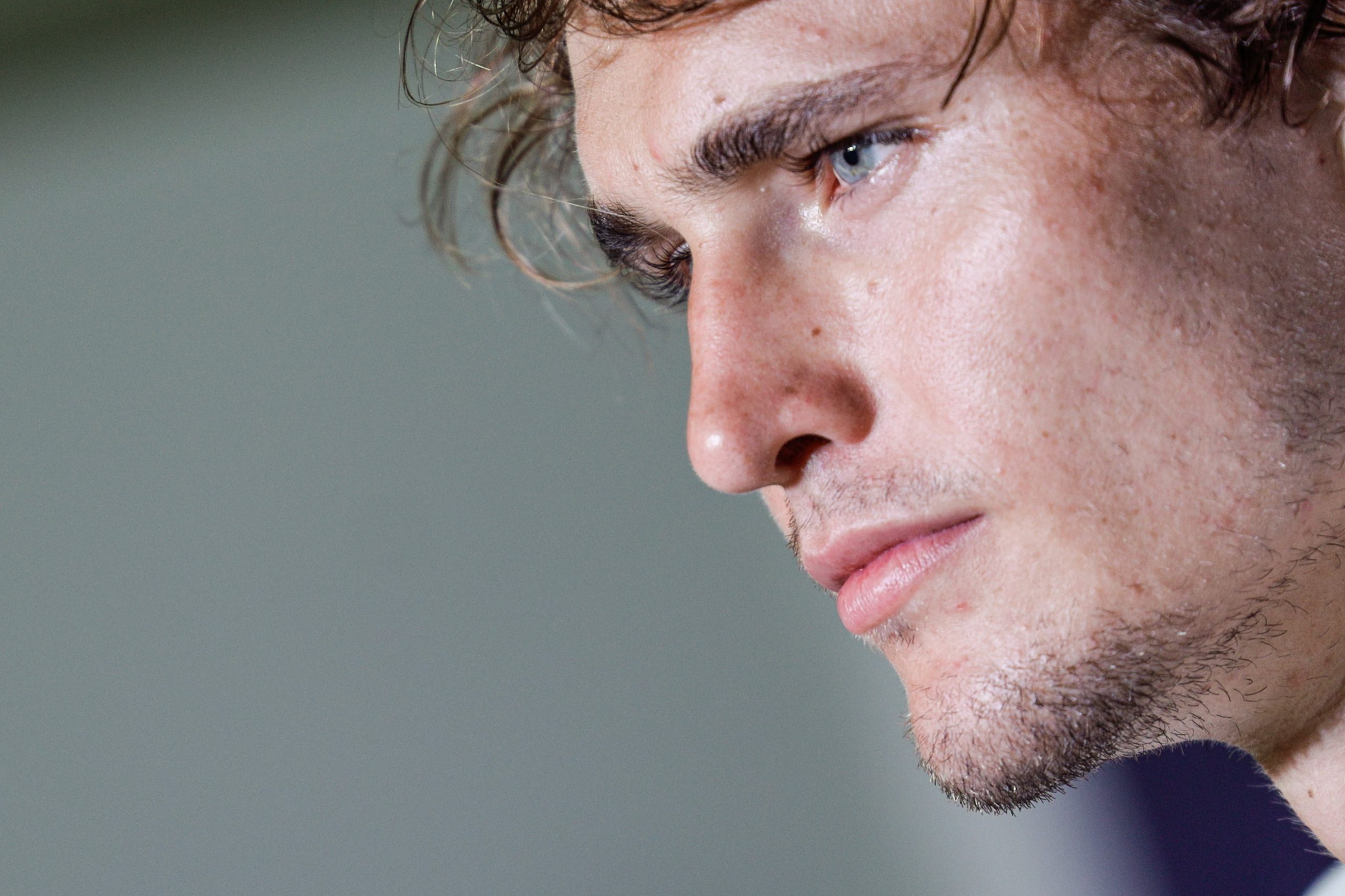 Medvedev, Tsitsipas, Zverev and Berrettini will play in the new venue at the Abierto Mexicano Telcel presentado por HSBC

Mexico, October 20, 2021. – The XXIX edition of the Abierto Mexicano Telcel presentado por HSBC will begin a new era for the most important tennis tournament in Latin America. Within the player list of this ATP 500 tournament, which will be held on February 21st through the 26th, the first players confirmed to debut in the new venue, Arena GNP Seguros, are Daniil Medvedev, Stefanos Tsitsipas, Alexander Zverev, and Matteo Berrettini.

The event starts a new path with the premiere of this modern and functional complex, in which high level matches are expected since this venue is intended to create a competitive draw, full of talented players such as these players currently located in the Top-10 of the Association of Tennis Professionals (ATP).

The Russian Daniil Medvedev, 25 years old and currently number 2 in the world, is living one of the best seasons of his career: he added four more titles in 2021, and his most recent triumph was in the US Open, where he won his first crown in a Grand Slam tournament, after defeating Novak Djokovic in the Final. Medvedev has 13 titles on the tour. He will try to increase them on his first visit to Acapulco.

The Greek Stefanos Tsitsipas will be on the Guerrero coast for the second consecutive year, with the intention getting back into the Finals since last year he was defeated by Alexander Zverev. The charismatic player, 23 years old, is currently number 3 in the ranking and has 7 titles, one of them being the Nitto ATP Finals in 2019, as well as Lyon and Monte Carlo. In addition, this year he was a finalist of Roland Garros, where he lost to Novak Djokovic.

Another favorite of the Mexican audience is the German Alexander Zverev, who will return to Acapulco as a reigning champion and defend his crown, the one he won in the previous edition after defeating the Greek Stefanos Tsitsipas 6-4, 7-6 (3) in the Final.

Sascha, who also played doubles in 2019 with his brother Mischa Zverev, will be at the Abierto Mexicano Telcel presentado por HSBC for the fifth time. The current 4 in the world, 24 years old, has 17 ATP titles and is living one of the best years of his career, apart from his victory in Acapulco, he won Madrid, Cincinnati and won the gold medal at the Olympic Games in Tokyo.

One of the most outstanding players on the tour, Matteo Berrettini, will live his first experience at the AMT. The number 7 of the ATP, at 25 years of age, has 5 titles on the tour, where Queen’s and Belgrade are two of his last victories in 2021. He was also a finalist in the last edition of Wimbledon, where he lost to the Serbian Novak Djokovic.

“We are very excited to be able to announce 4 Top Ten for the next edition of the Tournament. They are magnificent players, two of which are great known and adored by the Mexican public: Sascha Zverev and Stefanos Tsitsipas. Also, two of them will be participating for the first time in Acapulco, Mateo Berrettini and the number two in the world: the Russian Daniil Medvedev”, commented the director of the tournament, Raúl Zurutuza.

In this XXIX edition, the Abierto Mexicano Telcel presentado por HSBC will celebrate the premiere of its new home, the Arena GNP Seguros, a historical event for the Tournament.

The new venue, the third to host the event after the German Club of Mexico City (1993-1999) and the Estadio Mextenis at the Hotel Princess Mundo Imperial (2001-2020), is located in Acapulco Diamante, on Paseo de los Manglares, an open area over eight acres.

The venue will offer more open spaces for a greater flow and better access to fans, as well as a food area, restaurants, shops, and an extensive entertainment area.

Due to the sanitary contingency caused by COVID-19, the Abierto Mexicano Telcel presentado por HSBC will continue the AMT Safety Program, which will be responsible for planning, operating and the execution of safety measures and protocols, ensuring and safeguarding the health of fans, staff, and players during the tournament.

When the tournament begins, the tournament will follow the guidelines created by the authorities of the State of Guerrero, as well as those indicated by the Association of Tennis Professionals (ATP), for the proper management of the health emergency.

Just like the previous edition, all fans attending the tournament must present the vaccination certificate or an antigen test with negative result for COVID 19 done at a laboratory, hospital or pharmacy. This test will have a maximum validity of 72 hours in order to enter the facilities of the Abierto Mexicano Telcel presentado por HSBC.

The Abierto Mexicano Telcel presentado por HSBC is proud to announce the participation of two brands worldwide recognized for their leadership, content, and innovation: Star+ and Disney+.

“We are very proud to partner with two major market leaders. We welcome Star+ and Disney+ to the Abierto Mexicano Telcel presentado por HSBC. We are confident that together, we will continue to promote the importance of this sport and its virtues throughout the country,” Zurutuza said.

Ticket sale for the Abierto Mexicano Telcel presentado por HSBC began yesterday, Monday October 4th and can be purchased at the Mextenis box office in Arcos Bosques or through the Ticketmaster system.

Mextenis, a company of Grupo Pegaso, is the main promoter of the white sport in the country, supporting and projecting tennis from various perspectives including the Telcel Mexican Open presented by HSBC and the Mifel Mexican Open presented by Cinemex, aiming to raise the level of this sport, as well as position our country and its young talents in the performance of this discipline worldwide

Disney+ is the streaming service per subscription for movies, series and other content from Disney, Pixar, Marvel, Star Wars and National Geographic. As part of Disney’s Disney Media and Entertainment Distribution (DMED) segment, Disney+ is available for Internet-connected devices and offers all audiences seamless programming with a variety of movies, documentaries, animated and live action series, and original shorts. Providing unprecedented access to Disney’s incredible TV and film entertainment library, it is also the streaming platform for exclusive viewing of The Walt Disney Studios’ latest film releases. Visit DisneyPlus.com for more information about the service.

Telcel is a Mexican company with 26 years of experience in wireless telecommunications in the country. Since 1989 it has been working with high standards of quality, attention and innovation, providing a complete and competitive experience in service, entertainment and productivity Bringing the best, provides wireless voice and data connectivity in technologies 2G (GSM/GPRS/EDGE), 3G (UMTS/HSPA/HSPA+), 4G (LTE) y 4.5G. www.telcel.com

Star+ is a streaming service for general entertainment and sports, which launched on August 31, 2021 in Latin America, and complementary but independent of the Disney+ service in this region. The service is home to the exclusive premiere of television series and general entertainment films from The Walt Disney Company’s content studios, including Disney Television Studios, FX, 20th Century Studios, Star Original Productions, National Geographic Original Productions and more, as well as the live sports streaming service of ESPN, the most respected and recognized brand for sports fans in the region. From dramas to comedies (including all seasons of The Simpsons) and adult thrillers, Star+ also features exclusive original programming from general entertainment brand Star, along with a collection of regional original productions from Latin America. Visit www.starplus.com for more information about the service and about Combo+, the competitive permanent commercial offer that makes available the subscription to Star+ y a Disney+, independent platforms with a unique and attractive price that gives access to the widest proposal in streaming with entertainment for all ages.

Grupo Financiero HSBC is one of Mexico’s leading financial and banking groups, with 974 branches, 5,610 ATMs and more than 16,000 employees. For more information, see our website at www.hsbc.com.mx.