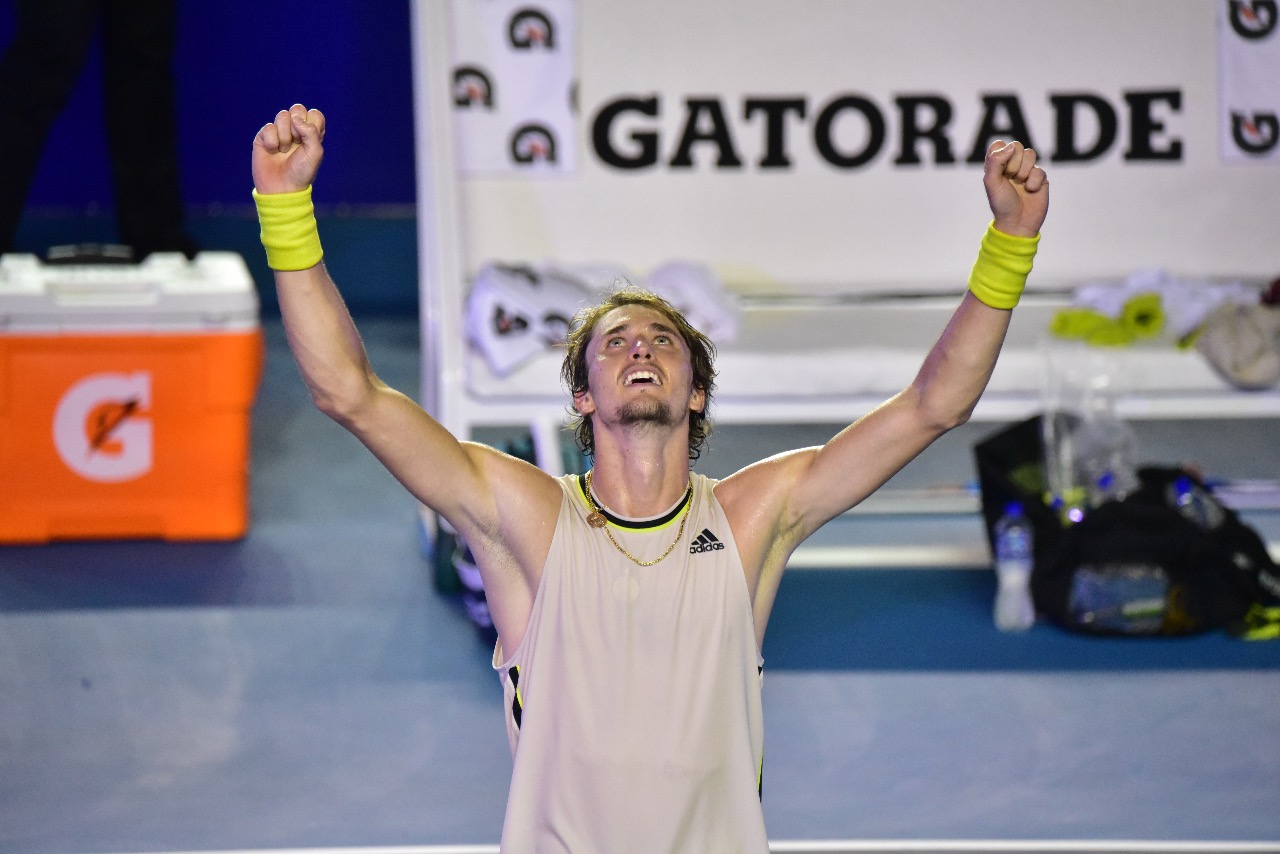 Zverev is the champion in Acapulco

The German Alexander Zverev (No.7) was crowned in the Abierto Mexicano Telcel presentado por HSBC after defeating the Greek Stefanos Tsitsipas (No.5) in straight sets with a score of 6-4, 7-6 (3).

After four consecutive appearances in Acapulco, the 23-year-old managed to raise the trophy in the singles category since back in 2019 he was crowned the doubles champion alongside his brother Mischa.

Zverev, who entered the court with the Mexican national team’s jersey, seemed distracted at the beginning of the game, he was making many mistakes in his first serve, from a double fault to missing a easy smash, and gave his rival an early advantage of 3-0.

In the 4-2, Sasha had three break opportunities, but he only needed one to get back the break from the beginning of the match, and holding his serve, one game later he managed to tie the match 4-4. From that moment, the roles were reversed having the German attacking and Tsitsipas defending.

In the ninth game, the Greek made a double fault and Zverev won his fourth game in a row to take the lead for the first time in the match 5-4 and serve for the set. Although the Greek had a breakpoint in the tenth game, he did not take advantage of this and the German, driven by the fans, managed to come back and took the first set after 50 minutes.

Tsitsipas, fifth in the ranking, began to lose confidence in the second set. Unlike the first chapter, in the second set the games were increasingly competitive, with long rallies from the back of the court and both players saving break points. Since the third game, Zverev had many opportunities to break even though he failed to convert any.

Tsitsipas, uncomfortable with Sasha’s powerful shots, lost his serve with a double fault in the ninth game and gave Zverev the chance to take the match. With the score being 5-4, the German had a match point, but with a double fault, he gave the game to Tsitsipas tying 5-5.

With the Mextenis Stadium excited by the heat of the crowd, Tsitsipas managed to keep his serve to go 6-5 with some problems. A game later, he had a set point, which Zverev saved with an ace more than 200 kilometers per hour in order to force a tie-break that the German would win 7-3.

“At first I didn’t have a great start, I didn’t play well. As the match progressed I got better, and I need to learn how to close the games because they don’t usually give you the opportunity. This time it was possible, but it is something I must improve,” said the German.

Zverev, player #7, managed to break a five losing streak against Tsitsipas, in order to secure his first title of 2021 and become the first German to win in Acapulco. He defeated Carlos Alcaraz in the first round, then defeated Laslo Djere in the round of 16, reached the semifinals after the beating Casper Ruud, made it into the final against Dominik Koepfer and gave a great match in the final defeating Stefanos Tsitsipas.

After reaching the semi-finals in 2018, where he fell against Juan Martín del Potro, and the 2019 finals where he lost against Nick Kyrgios, Zverev finally got the very anticipated title in Acapulco without losing a single set in the tournament.

“I have always said that this is one of the tournaments I would like to win. I have a very strong relationship with Mexico. I came with a goal and achieved it. I haven’t had such a special week in a long time, because of course winning is important, but in general, I miss playing in front of the public and here I received a warm welcome”.

Wearing the Mexican national team jersey, with a mariachi hat and listening to the audience singing “Sasha, brother, you are already Mexican”, Zverev lifted his fourteenth ATP trophy and asked Raúl Zurutuza, director of the tournament, to allow him to return and defend his title in 2022.