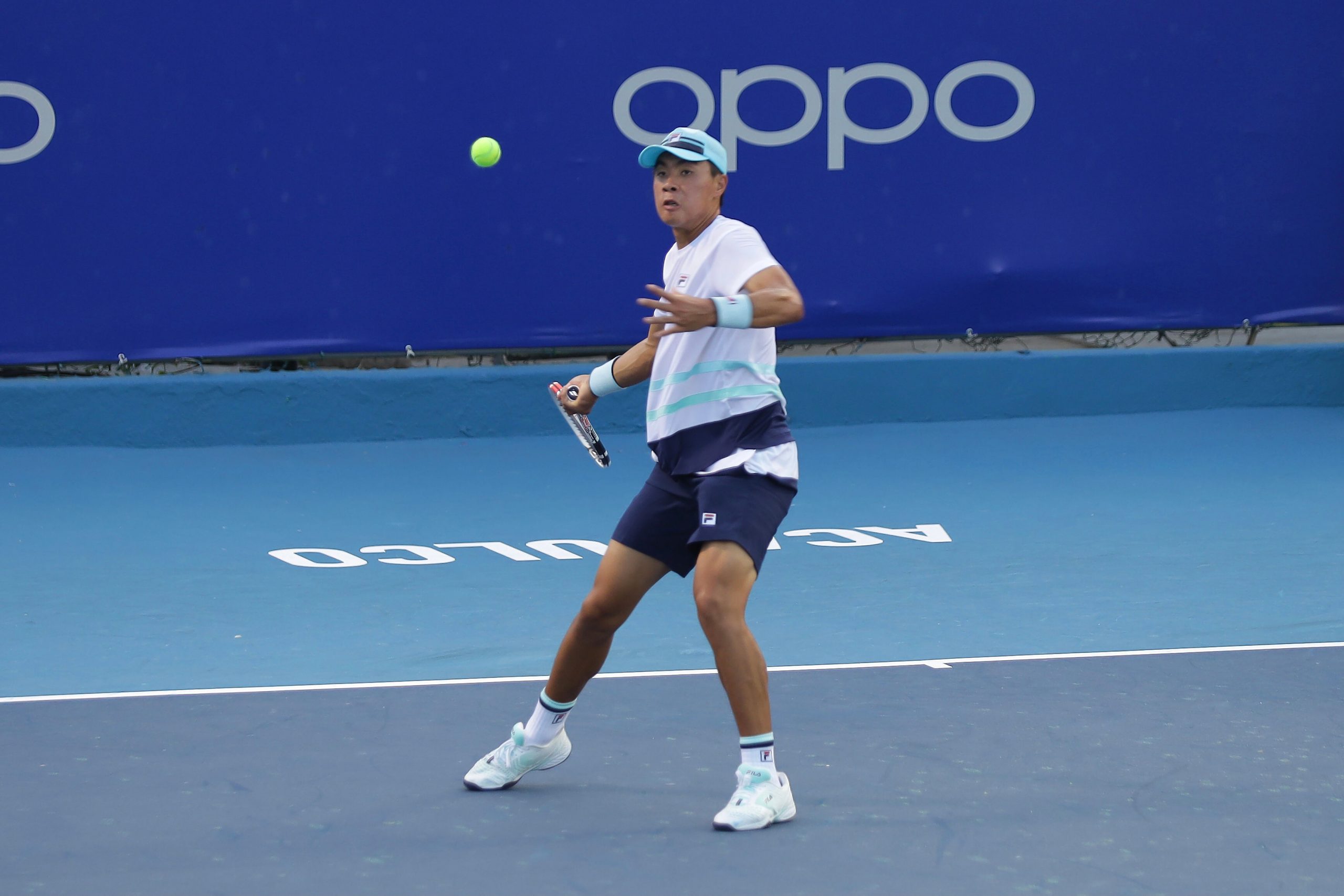 All-time favorites finish the second day of the qualifying rounds.

– The American Denis Kudla (No. 123) continues with a steady pace all the way to the main draw, he defeated the Colombian Alejandro González (No. 448) in straight sets.

During the second day of qualifying activities in the Abierto Mexicano Telcel presentado por HSBC was having a great atmosphere and a lot of euphoria upon the arrival of the star player of the main draw, the Greek Stefanos Tsitsipas.

The American Brandon Nakashima (No.145) continues to show a magnificent tennis level. This time he defeated the Brazilian Thiago Seyboth Wild (No.124) by a double 6-3.

Nineteen-year-old Nakashima trains with former tennis player Dusan Vemic, he decided to become a professional in late 2019 after leaving the University of Virginia, where he only competed for a year but left with a score of 17-5.

In 2020 he received a WC for the US Open since he was crowned in a few ITF tournaments and won a pair of Challengers. Sadly, for him, he played against Alexander Zverev in the second round and lost. In October 2019 he was number 709 of the world and after little more than a year as a professional, he climbed to number 145.

Nakashima will face the 29-year-old Italian Federico Gaio (No. 140) for one of the four tickets to the main draw. Gaio got his pass in the last qualifying round, all thanks to Frenchman Nicolas Mahut (No. 232), since he withdrew in the second set of the match. The Italian is looking to play his first ATP tournament in this 2021.

Meanwhile, the American Denis Kudla (No. 123) has achieved his position in the ranking, and he has still not lost single a set. This took him an hour and 18 minutes to defeat the Colombian Alejandro González (No. 448) by sets of 6-3, 6-2.

Kudla, 28, has had a tricky start of the year, but will look to fix everything in Acapulco, where he is competing for the third time. In 2020 he lost in the second qualifying round against the British Cameron Norrie, while in 2016 he lost in the first round to the Bulgarian Grigor Dimitrov.

The American will face the Dutchman Tallon Griekspoor (No. 154), who surprised the Australian Thanasi Kokkinakis (No. 241), after a close match that lasted more than 2:30 hours and caused a lot of sensation among the fans who attended the Grandstand Caliente.mx.

Not even with 17 aces was enough for Kokkinakis, who ended giving up the match 6-4, 6-7, 6-3 against the 24-year-old Griekspoor, who did not stop attacking from the baseline.

The Italian Lorenzo Musetti (No.119), one of the promising young men of his country, defeated the Argentine Agustín Velotti (No. 347) in straight sets by 6-3, 7-5. The 19-year-old Italian will face the Portuguese Federico Ferreira Silva (No. 173), had an exhausting 2:49-hour match, and defeated the German Cedrik-Marcel Stebe (No. 133) in three sets.

The surprise of the day was how the American Stefan Kozlov (No. 387) defeated the Portuguese Joao Sousa (No. 100) 6-2, 2-6, 6-3, a player from the qualifying round with a higher ranking. Sousa just finished a very long match against Mischa Zverev and although he had a good level of play against Kozlov, he was exhausted, and he could not keep up with the 23-year-old.

Kozlov’s rival will be the Dutchman Botic Van De Zandschulp (No. 149), who advanced after his Bosnian opponent Damir Dzumhur was disqualified for unsportsmanlike conduct.

In the doubles, the Australians Luke Saville and John-Patrick Smith earned a place in the main draw by beating 6-3, 6-2 the duo formed by the German Dominik Koepfer and the New Zealander Artem Sitak.

The doubles was also exciting, starring the Mexicans Luis Patiño and Gerardo López Villaseñor who lost 6-4, 6-7, 10-3 against the duo formed by the German Dominik Koepfer and the Australian Artem Sitak.