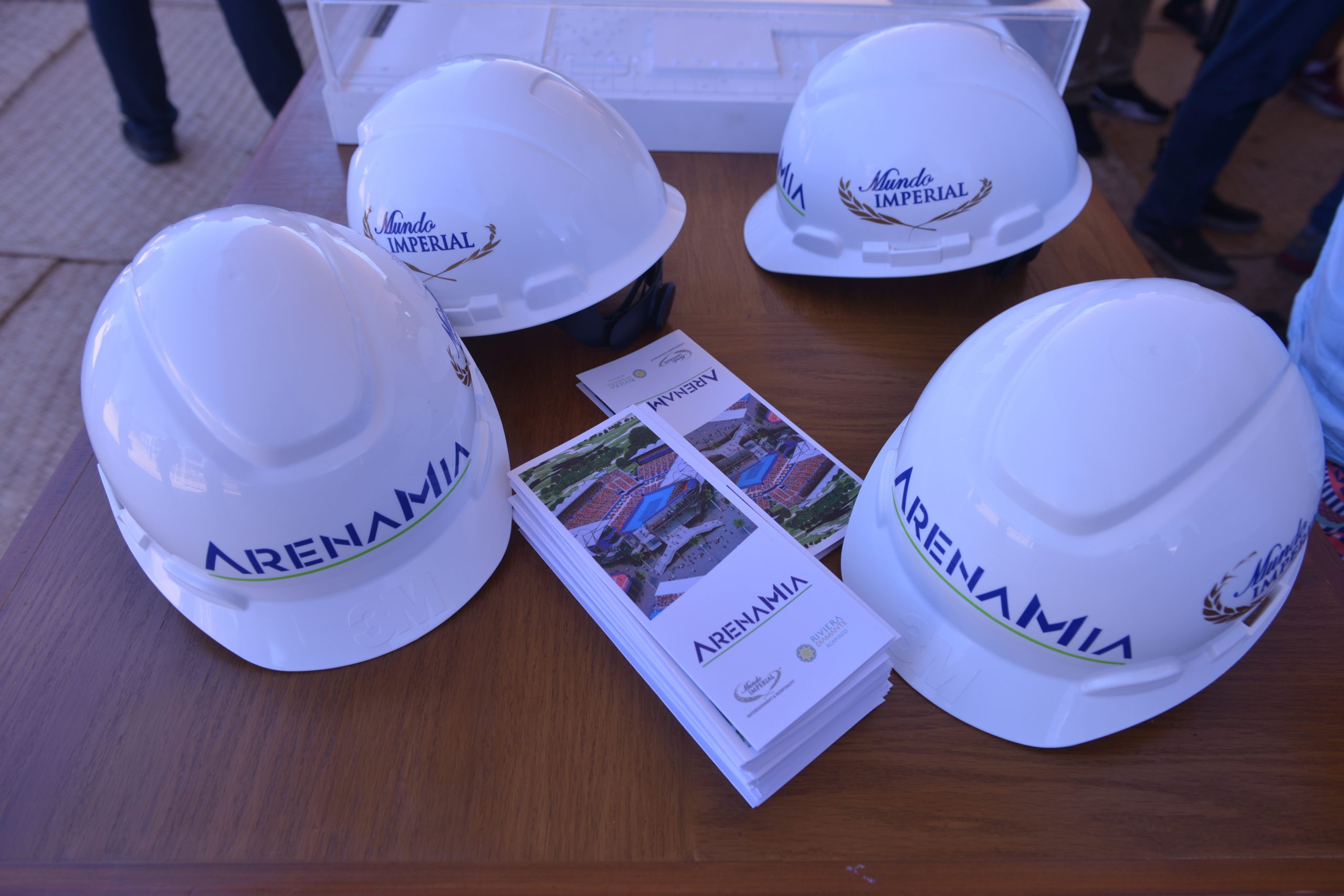 Acapulco, Gro., February 26, 2020.- Moving day is almost here. The Abierto Mexicano de Tenis Telcel, presentado por HSBC, will have a new home and it’s about to open its doors. This Wednesday, we tracked the work progress on the new stadium. Jose Moyao is the architect in charge of the new Arena Mia.
There will be 20 years of stories left behind, all kinds of anecdotes that helped strengthen a project that will meet the need for growth. All the work and endeavor to build this new complex, with an investment of 15 million dollars (9M from Juan Antonio Hernandez, president of Mundo Imperial, and 6M from Alejandro Burillo, president of Grupo Pegaso), began back in October 14, 2019; the foundation, the most important part to bear the “giant” were installed according to plan. The progress so far is 20%.
The Guerrero’s governor, Hector Astudillo, the municipal president, Adela Roman Ocampo, the president of the board of directors of Mextenis, Renata Burillo, and Raul Zurutuza, director of the Abierto Mexicano de Tenis Telcel, presentado por HSBC, attended the event.
The new complex, located in Paseo de los Manglares and Boulevard de las Naciones, measures 86,340 square meters, which 17,725 corresponds to the main stadium. The main stadium’s location will have panoramic views of the golf course and the stands will have a view of the bay area.
There will be two Grand Stands aside from the main stadium, one with 3,000 spectators and one with 1,500; there will also be 4 secondary courts, a general parking for 800 vehicles, recreation area, stands and food areas, medical attention, a broadcasting area and general services, a press building, additional services for the public, and a box office.
As for the main stadium, it will have 1,746 seats in private boxes distributed in the north, east, west and south grandstands. It will have 7,729 seats in the bleachers, a total of 10,229 seats and 213 for people with disabilities.
The court area is a multifunctional space that will allow other events to be held here and manage different configurations, so this area will be useful throughout the year.
“On behalf of Alejandro and Renata Burillo, I would like to reiterate our commitment to the sport, our commitment with a major investment so we could stay in Acapulco for many more years. This is to reiterate the conviction and remind ourselves that we are in the right place… 20 years ago, Alejandro Burillo took on the challenge by moving to Acapulco with the tournament and time has proved him right”, said Raul Zurutuza.
Governor Hector Astudillo and municipal president Adela Roman spoke about the government’s efforts to guarantee safety in the port, and to ensure that Acapulco and assure that everyone speaks well of Acapulco worldwide.
The finish date for this new complex is planned for January 2021, so it can be premiered with the 28th edition of the most important tennis tournament in Latin America.