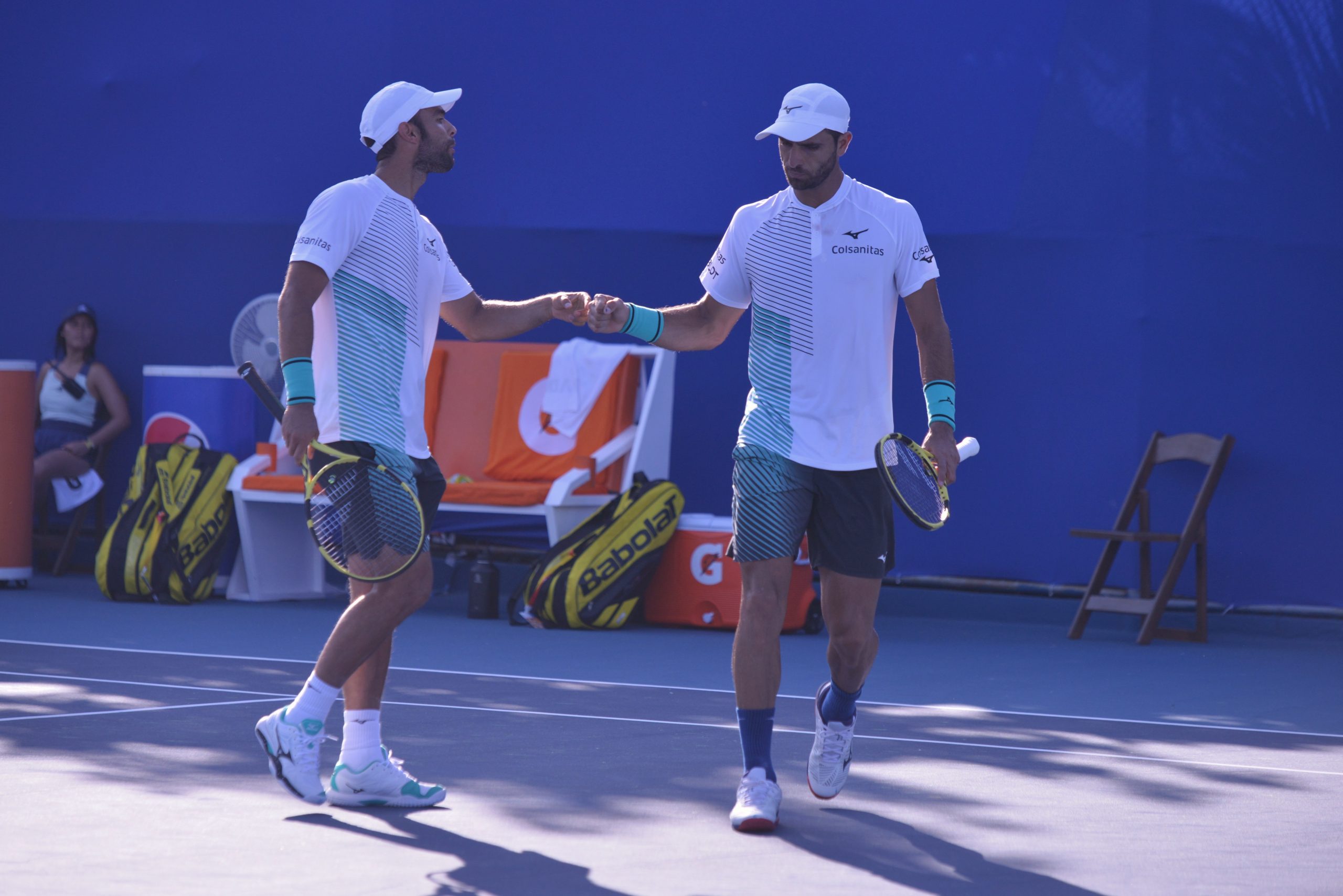 The world’s number one couple advanced to the second round

Acapulco, Gro., February 26, 2020.- They are the number one couple in the world, the champions of Wimbledon and the US Open, they are the athletes of the year 2019 by teams in Colombia. Robert Farah and Juan Sebastian Cabal got their first victory of the season at the Abierto Mexican Telcel, presentado por HSBC, letting everyone know that they are back after a difficult start of the year because of a doping investigation problem against Farah.

The #1 seed couple got their pass to the second round with a convincing victory against the british Luke Bambridge and the japanese Ben Mclachlan in straight sets 6-0 and 7-5. The “cafetaleros” players started the game very strong, breaking their rivals’ serve on three occasions. In the second set, the break in the 5-5 was enough to close the match, giving the Colombians fans, that gathered on court one, a night to remember.

Last week at the ATP 500 in Rio de Janeiro, Cabal and Farah had their first match of the year as a team, they were unable to play together at the Australian Open and were eliminated in the first round.

Today’s triumph gave them a lot of confidence and a great moral boost to face a very important season (this includes the Tokyo Olympic Games 2020).

“We’re happy to get our first victory of the year. The beginning of the season had a lot of obstacles, but with this winning momentum we are eager to compete”, assured Robert Farah, who was suspended for 20 days until the investigation was over for not finding elements incriminating him.

“It was a complicated start because of things out of our hands. This is our second tournament, which is much better than last week, and we are getting back our level little by little to perform our game. We have a lot of goals already set: The Masters 1000, the Grand Slam… but this year, our calendar is focused on the Olympic Games. We hope that everything will be resolved with the coronavirus, but Tokyo 2020 is our priority until the middle of the year”, said Juan Sebastian Cabal.

Although he was already acquitted of all responsibility for the consumption of boldenone in the food, Robert Farah said that he lived a very complicated moment in his life, which he hopes to leave behind soon.

“Fortunately, I was able to fix the problem (the misunderstood), and I’m going fight that is never happens again, since the ITF and the WADA are asking for something very difficult for the players, which is to monitor everything consumed by the players at all times. I’ve always been a person who likes to do things right, to be an example, but when you are suddenly pointed out that you’ve done something wrong, you have to keep reminding yourself that you’ve done things right. That was the hardest thing I had to deal with, I hope that time will gradually cure this annoyance. I never thought of retiring, I had to fight and move forward”, said Farah who, accompanied by Cabal, next week will dispute the Davis Cup against Argentina in Bogota.