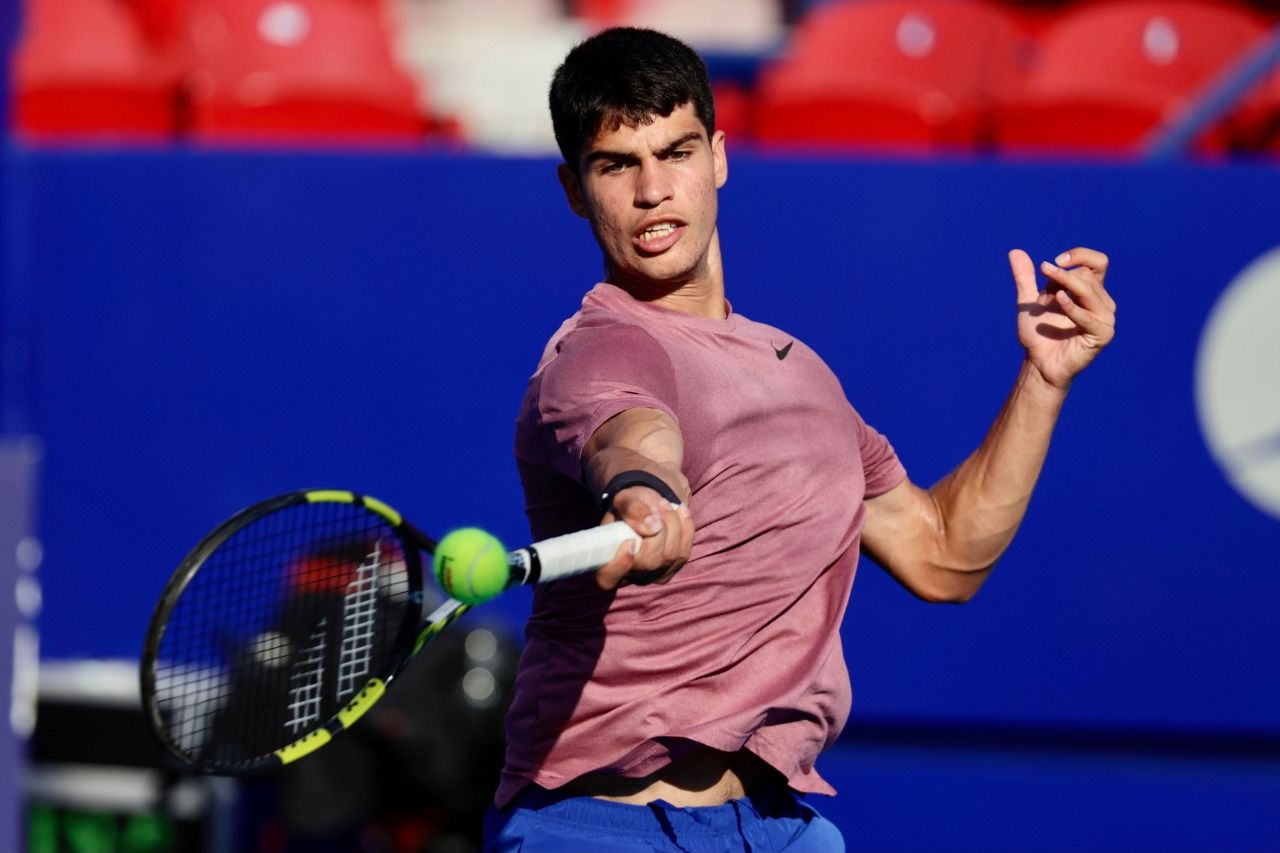 Carlos Alcaraz: “I really wanted to play against the best”.

The Spaniard Alcaraz said he will relax and enjoy the match against the German Zverev in his debut in Acapulco.

The young Spaniard Carlos Alcaráz (No. 132) already worked on his strategy to face the German Alexander Zverev (No.7) in the first round of the Abierto Mexicano Telcel presentado por HSBC, this will be his first match against a Top 10 player in his career.

“To be honest, it’s amazing. I really wanted to play against the best,” said the 17-year-old to Mextenis.

He remembered that in Australia, where he got eliminated in the second round, he could’ve had a chance to play against Stefanos Tsitsipas (No. 5), first seed in Acapulco.

“If I had won, I would have found myself against Stefanos which would’ve been very exciting, but now I get to play against Zverev, my first match against a Top 10. I will enjoy this, I will do my best, I will relax and enjoy the match”, said the Spaniard.

Meanwhile, Zverev (No.7) also showed respect for Carlos and remembered back when he was that age.

“It’s interesting to see such a young player. I still remember well when I was the new face, I was 17 and the youngest player on the circuit. Now it is up to him (Alcaraz),” Zverev said.

For the German, playing against the Spaniard is “dangerous since he plays without any pressure”, although he also said that “there are many things the young player still needs to learn”, however, in his time in the circuit “he has proven to be a magnificent player and it will be interesting to see how he does this year”.

Regarding the game plan against Zverev, the Spaniard said he has worked with his coach and compatriot Juan Carlos Ferrero, who became number 1 in the world back in 2003, and also won Roland Garros. Ferrero is trying to transmit all his experience to the young player.

“It’s amazing having Juan Carlos as a coach, he helps me a lot both on and off the courts,” said the young player.

On June 8th, 2003, when Carlos Alcaraz was a newborn, Ferrero won the only Grand Slam in his career, raising the Musketeers’ Trophy in Roland Garros. Three months later, he achieved first place in the world’s ranking.

Although he did not live it and perhaps doesn’t remember, Alcaraz knows Ferrero’s story perfectly, who now, in his role as a mentor, is trying to pass all his experience to him.

“He is someone that has lived so much, he has a lot of experience and I try to listen to him in everything since I know it’s for my own good. The truth is that I do learn from his experience and everything he has lived helps me a lot,” Alcaraz said.

Only two years older than Alcaraz, Ferrero debuted as a professional in March 1999, retired in October 2012 and dedicated his life directing his academy. It was precisely at his Academy, JC Ferrero-Equelite, that he met Alcaraz. He already had heard of the Spaniard and reaffirmed all the rumors when he saw him play a Futures when he was 14 years old.

The match between the world’s number 7 and the young Spaniard will be the second match of the day and it will be on the Estadio Mextenis. The winner of the Zverev-Alcaraz match will play in the second match against the winner between the Serbian Laslo Djere (No. 57) and the American Steve Johnson (No. 83), who will finish the day at the Grandstand Caliente.mx.