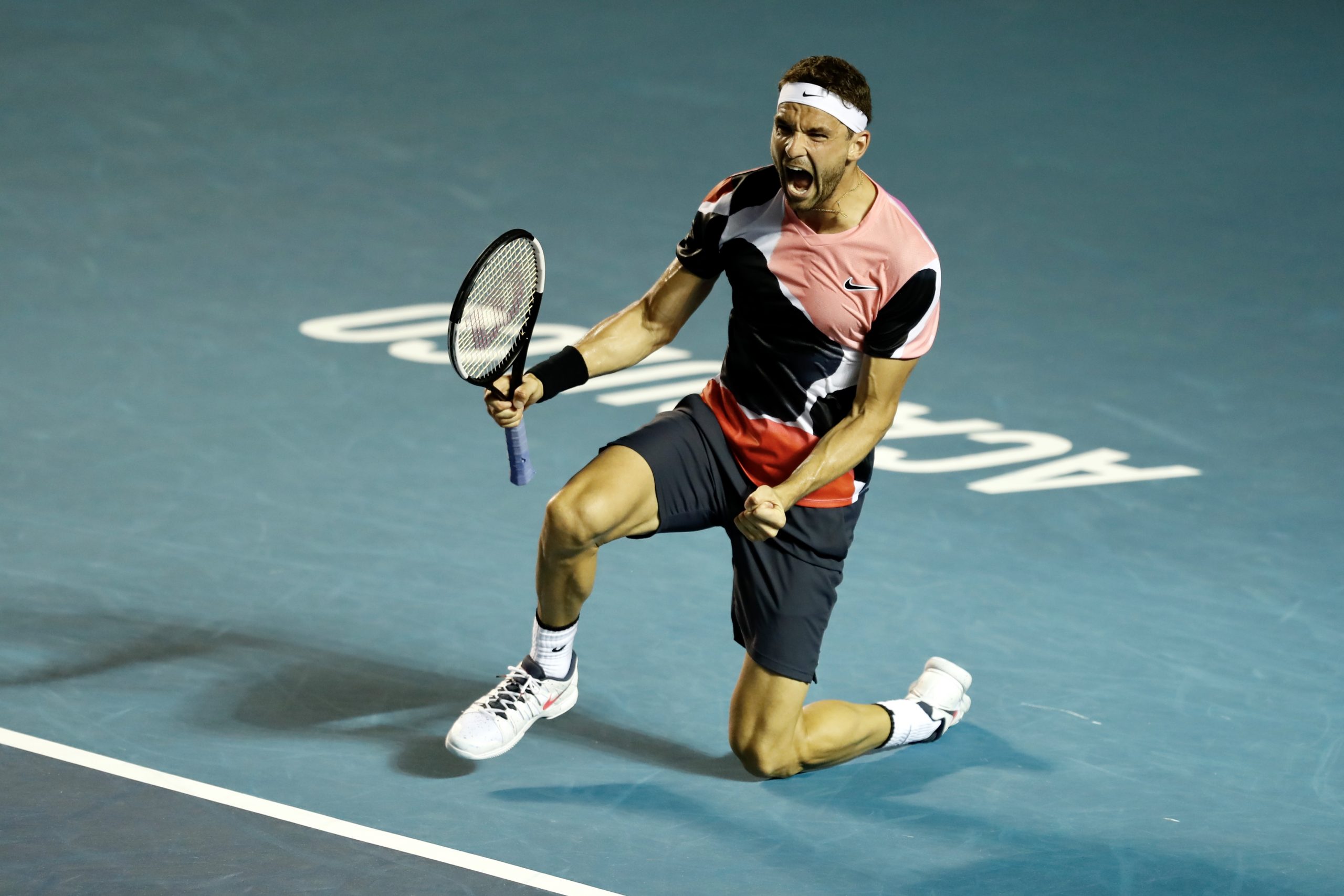 Acapulco, Gro., February 26, 2020.- It was a difficult match. It was more than two and a half hours of an entertaining competition, but Grigor Dimitrov was able to recover. He saved two match points and moved forward so he could place himself at the quarterfinals of the Abierto Mexicano de Tenis Telcel, presentado por HSBC.

The Bulgarian, former champion of this tournament in 2014 and seventh seed, surpassed the french Adrian Mannarino 6-7 (8), 6-2 and 7-6 (2) with a little bit of anxiety. On the other only former match between these players, he also came out on top. It was at Delray Beach, the same year he became champion in Acapulco.

“The only thing I had to do was to stay in the match and fight. I don’t know why I have to make it so hard, but it is what it is. Once again, the atmosphere was fantastic, I had to cherish this moment”, said Grigor.

Mannarino had his chances to go get his pass to the quarterfinals after winning the first set, because in this season, out of the six tournaments he has participated, he has fallen in the first round, but Grigor shattered that illusion. Dimitrov came from losing in the second round at the Rotterdam tournament against Felix Auger-Aliassime.

The Frenchman, 31 years old and #42 in the ranking, lost his chance of getting the first set in the tenth game, he was serving with a score 5-4, but Grigor held on, then got the break to even the score at 5 games all. After that, he forced a tiebreak in which Mannarino had another chance to secure the set when he got up 7-6 and his serve, but Grigor managed two mini breaks and had a set point (8-7) but he couldn’t hold his serve. Adrian turned the score around after an hour of battle.

In the second set, the first break was for the bulgarian (3rd game) after a long rally that left both players exhausted. He got another break in the fifth game to put himself in a comfortable position, 4-1, and then won the set with confidence.

For the last set, Dimitrov showed signs of strength. He was consistent with his drive and backhand, which allowed him to break in the third game in which Mannarino didn’t win a single point with his serve. The Frenchman started to make mistakes and lost his serve again in the fifth game (1-4), but then came a distraction by Dimitrov which allowed him to win four straight games (two breaks) and turned around the score and got to 5-4.

Grigor put himself into trouble by conceding two match points with his serve, but two good serves saved him, and they went on to another tie break. Dimitrov didn’t miss this time and with three mini breaks and with a precise backhand winner, he got himself into the quarterfinals.

Taylor Fritz is one of the quarterfinalists after his victory over the french Ugo Humbert by 6-4 and 6-1. The young American matches his best performance in Acapulco (third participation), because 2016 also got himself within the eighth best players.