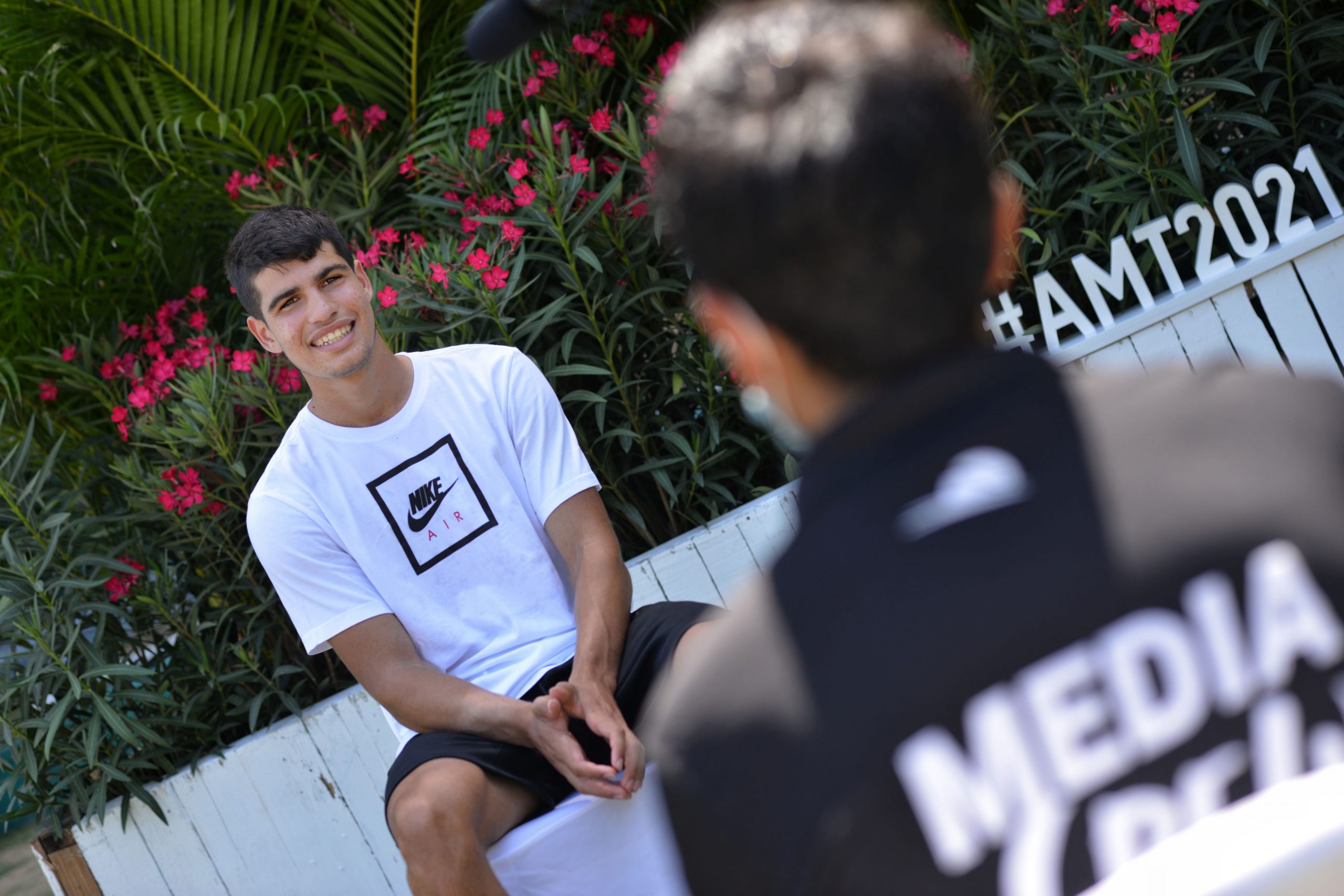 This Monday, March 15th, will be the start of the XXVIII edition of the Abierto Mexicano Telcel presentado por HSBC, where fans will have the opportunity to enjoy three players in the ATP Top 10, as well as 10 of the 30 best tennis players of today.

The Greek Stefanos Tsitsipas (No. 5),first seed of the tournament, is already in Acapulco after arriving this Sunday from Marseille, where he was playing the ATP 250 tournament, where the Frenchman Humbert defeated him in the quarterfinals, this prevented him from revalidating his title achieved back in 2020.

The 22-year-old, and winner of the Nitto Finals in 2019, will debut in Mexico against the Frenchman Benoit Paire (No. 29),who, just before arriving to Acapulco, was playing the tournaments in Buenos Aires and Cordoba.

One of the first players that arrived at the Princess Mundo Imperial Hotel, home of the tournament, was the German Alexander Zverev (No.7),this is his fourth participation, and he will seek to win the trophy.

“I’ve played well here, semifinals and finals. I still need one more step to win and I really want to face that challenge. It motivates me to play here and we’ll see how I do”, said the 23-year-old player.

He will not have an easy rival in the first round. The champion of the Nitto Finals of 2018 will face the 17-year-old Spaniard Carlos Alcaraz (No. 132)in the first round, who received one of the three wildcards for this edition.

“It’s dangerous because he plays without pressure, I think there are many things he still needs to learn but he has proven to be a great player in the past few months, it will be interesting to see how he does this year”, said Alexander Zverev about his rival.

This will be the first time that the young Spaniard will face a Top 10 player in his career as a professional, a challenge that he takes with enthusiasm and seriousness. If he wins the tournament, he would become the youngest winner in the history of the tournament, surpassing Rafael Nadal, three-time winner of the tournament who won it at the age of 19.

“The truth is that this is amazing, I really wanted to play against the best. I will enjoy playing against Zverev, my first match against a Top 10. I will play the match relaxed and I will enjoy it”, stated the 17-year-old Spaniard.

Meanwhile, the Argentine Diego Schwartzman (No. 9), who recently achieved the champion title in Buenos Aires, will seek to emulate Sam Querrey, the only winning player of Los Cabos and Acapulco.

“(Winning in Buenos Aires) was a spectacular sensation, very nice, very different. Playing at home with family and friends, it’s a place that helped me become a tennis player and to also see my first professional matches and to play them. It helped me cross off another goal that I had in my head for a long time,”said the Argentinian.

In his fourth participation in the tournament, the Argentinian will seek how to win the second round and access for the first time to the round of the best eight of the tournament. Schwartzman will make his debut against some of the players who got their wild card this weekend, being the only first seed that will have this type of matches.

After several years in which for various reasons the Canadian Milos Raonic (No. 15)had to dismiss the tournament, this 2021 will be his premiere in Acapulco and he will do it against the American Tommy Paul (No. 51), who reached the quarterfinals in the Mexican tournament last year.

The Bulgarian Grigor Dimitrov (No.17)is the only player in the main draw who knows what it is like to feel the glory in Acapulco since back in 2014 he defeated the South African Kevin Anderson (No. 88)in the final.

“Being the only champion in the table is an honor, it makes me feel special”, saidthe Bulgarian in reference to his victory seven years ago, however, he did not consider that to be pressure, so he said, “I will enjoy that we are able to play again.”

His first rival of this 28thedition of the tournament will be the Frenchman Adrian Mannarino (No. 36).If he wins this match, he would face the winner of the second match between the Spaniard Feliciano López (No. 61) and the SerbianMiomir Kecmanovic (No. 38).

Other notable matches will be played by the American Sebastián Korda (No. 92),the Croatian Marin Cilic (No. 43) and the MexicanGerardo López Villaseñor (No. 561) against the GermanDominik Koepfer (No.71).