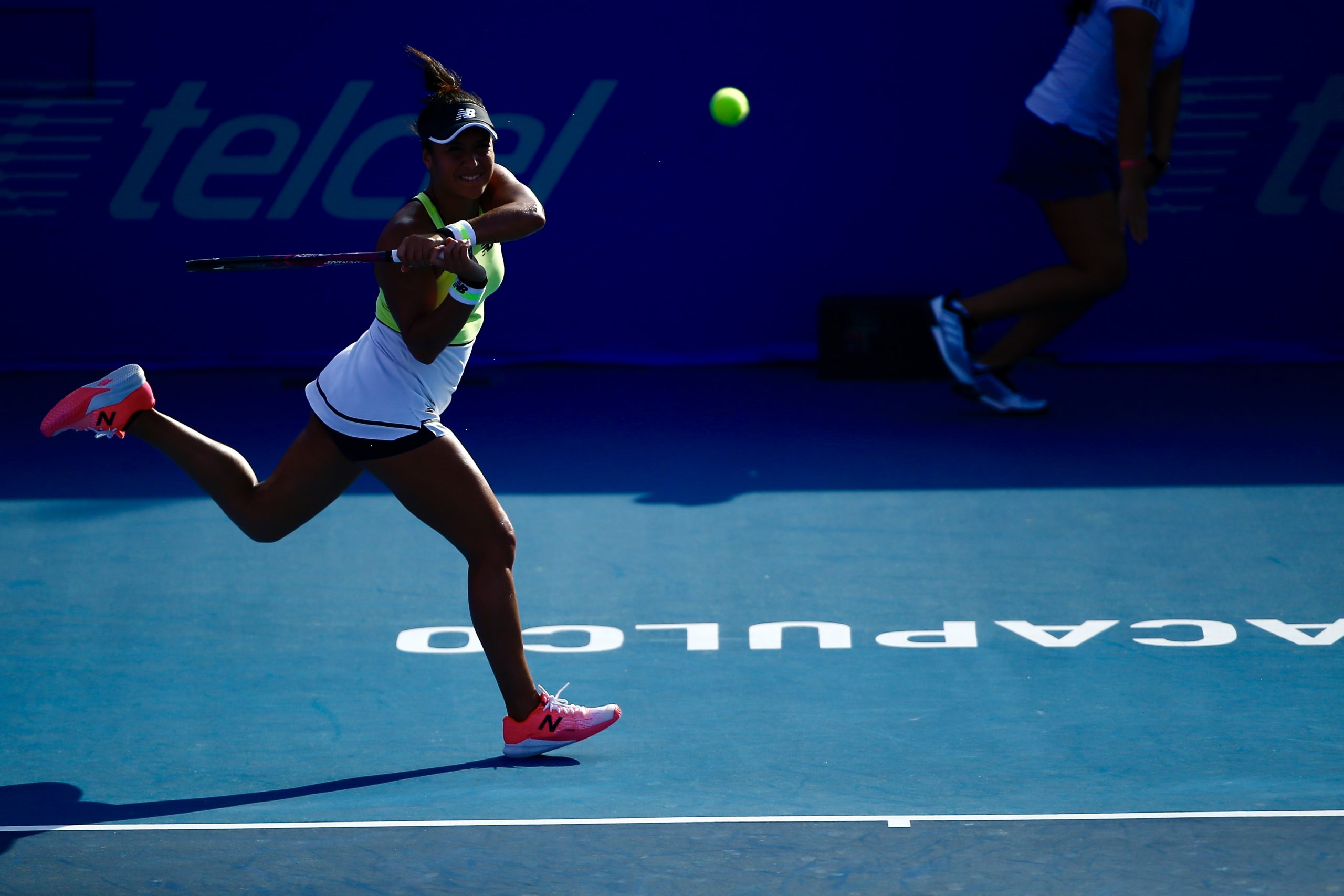 Heather Watson comes from behind to beat Coco Vandeweghe

Acapulco, Gro., February 24, 2020.- The british Heather Watson, seventh seed, opened the activities at the Mextenis stadium in the 27th edition of the Abierto Mexicano Telcel, presentado por HSBC, with a victory in three sets against the american Coco Vandeweghe.

It was a very close game that lasted two and a half hours, where the british had to come from the behind to get her pass to the second round on the female draw. The score was 4-6, 6-4, and 6-4, Watson took advantage of the countless mistakes made by the american player so she could add her tenth victory of the season.

Heather Watson, who is ranked #69 in the WTA classification, plays for the fifth time in the Acapulco tournament where her best results was the second round in 2017, she was eliminated by France’s Kristina Mladenovic.

Vandeweghe has not been very fortunate in the port of Guerrero, where she lost the two games that she played. The first one was in 2014 during her qualifying round, and now in her debut in the main draw. It’s only her second match played in the season, with an equal number of losses, showing a game way below her level which took her to ninth place in the world’s ranking a couple of years ago. Currently she is ranked 193th in the WTA.

On the other side, japanese Nao Hibino, ranked #8, had no trouble beating the dutch Arantxa Rus. With a powerful score of 6-3 and 6-1, this clearly reflects the superiority.

Also, in the first round, russian Anastasia Potapova had an uncertain beginning, but she managed to come from behind and beat Slovak Anna Karolina Schmiedlova by 4-6, 7-5, and 6-1 in three sets. The russian’s next rival in the second round will be the winner of the game between german Tatjana Maria and czech Marie Bouzkova.

In regards to the women’s doubles tournament, the first big surprise was the elimination of the number one seeds, composed by Spain’s Georgina Garcia Perez and Sara Sorribes Tormo, who lost against the american Sabrina Santamaria and the serbian Nina Stojanovic, where they took the victory by 6-3 and 6-1.