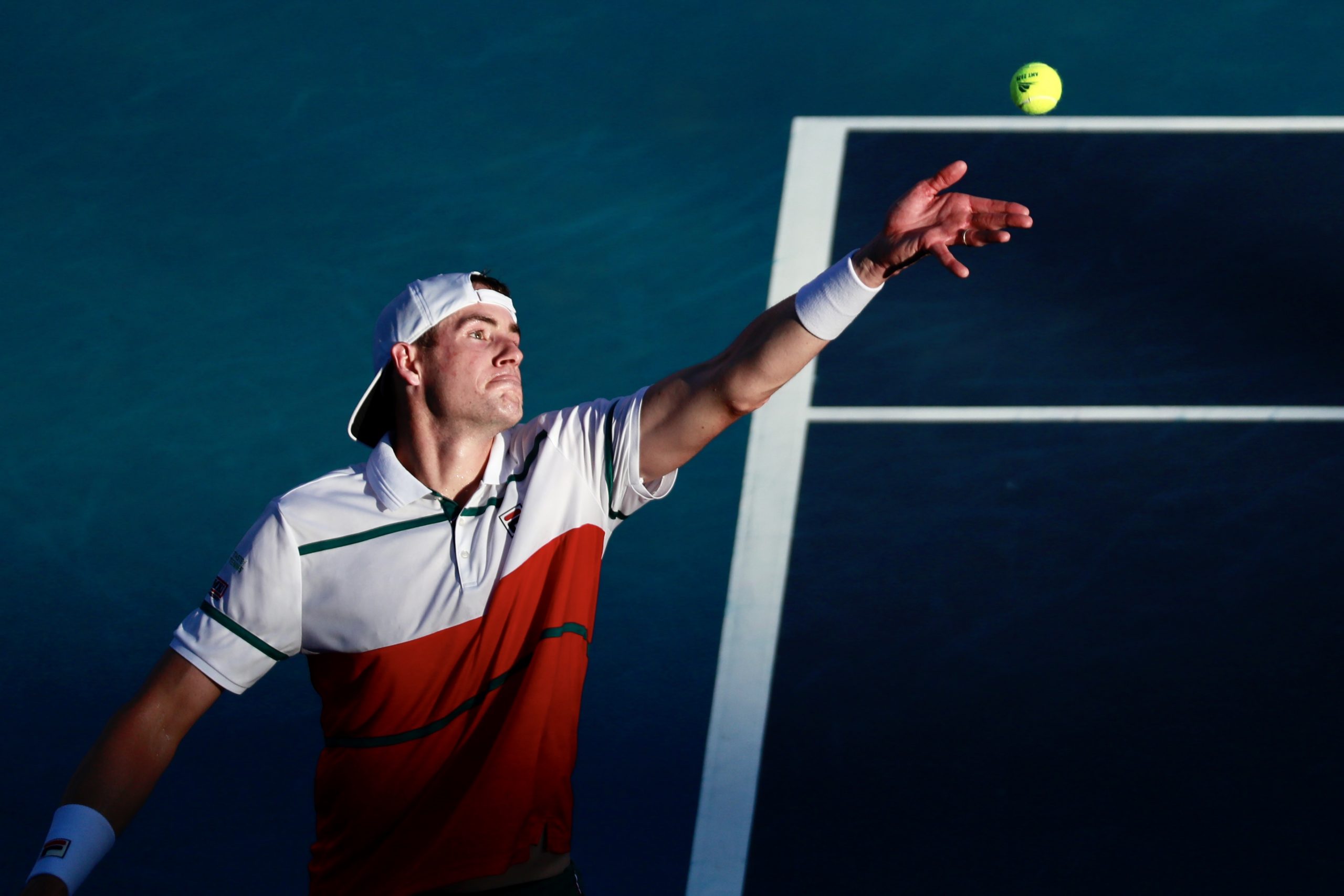 Isner is back at semifinals at the AMT

Acapulco, Gro., February 27, 2020. John Isner had a tough match against his countryman Tommy Paul, but he was able to win the match after almost two hours. This is his second consecutive year in the semifinals in the Abierto Mexicano de Tenis Telcel, presentado por HSBC.

Since Yoshihito Nishioka in 2017, Paul, first player coming from the qualys to reach the quarterfinals, amazed everyone on Wednesday when he defeated Alexander Zverev; this was his first victory against a top ten.

“I’m happy to be back in the semifinals, I won in three sets today and whoever is my next rival will be tough. I feel better with each game, the third set was perhaps the best tennis I have played this year and that gives me confidence”, said Isner.

Paul, who lost against Isner at the Cincinnati Masters in 2017, made three straight aces. The 22-year-old looked confident when he served, but Isner got his first opportunity to break in the sixth game, but he couldn’t do it.

Each of them kept their serves in the following games, then it was time for a tiebreak in which Isner used his best weapon, his powerful serve, so he could get ahead in the game.

On the second set, Isner had his first opportunity to break Paul’s serve with a straight return, but Paul saved his game. Right after the next game, Isner got into trouble when his best weapon failed him, committing a double fault that gave Paul a break, who did not miss it. The break was enough to keep the set.

Paul’s (#66-ATP) confidence seemed to increase, but Isner took it all away by breaking Paul’s serve in the sixth game and in the eighth game to end the match.

Isner broke the losing streak he had in Acapulco, in four previous participations he lost in the first round.

On the woman’s tournament, in a chinese duel, Xiju Wand, player from the qualy, eliminated Lin Zhu 6-2, 6-2 and moved forward to the semifinals. This is the best result of the season so far for the Asian (#127-ATP). Last week she got to the quarterfinals in Thailand. Wang has five wins in a row in Acapulco, including the qualy.