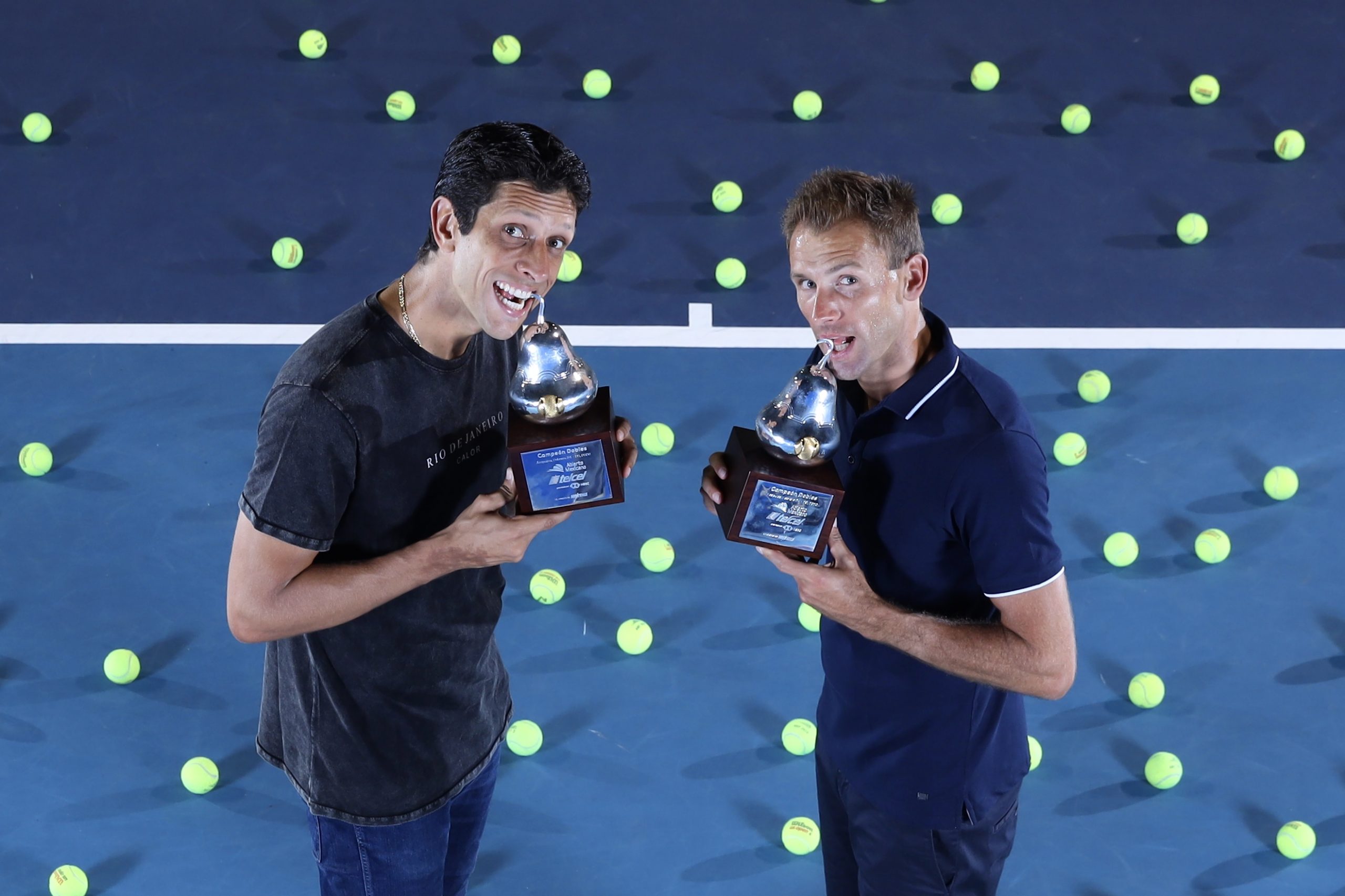 Acapulco, Gro., February 29, 2020.- The colombians were unable to take the trophy at the Abierto Mexicano Telcel, presentado por HSBC, against the polish Lukasz Kubot and the brazilian Marcelo Melo. They defeated Robert Farah and Juan Sebastian Cabal (#1 couple on the tournament) at the men’s doubles final match at the Grand Stand Caliente.

The first set ended with a tiebreak in the polish Kubot and Melo’s favor, but the colombians (#1 in the world’s doubling ranking) leveled up by winning the second tiebreak.

The title was decided on a super tiebreak, in which Farah and Cabal had a match point with the score 9-8, but Marcelo Melo made his two serves effective to place himself 10-9; the next point, Juan Sebastian Cabal was unable to hold his serve, letting the match escape, provoking sadness and frustration of their fans who supported them throughout the week.

It was Kubot and Melo’s revenge to defeat the colombians in their last match last year at the Masters 1000 in Rome. In eight encounters between these two couples, Farah and Cabal had succeeded in five occasions and lost 3 of them, but they still cannot win the title at Acapulco, where they dispute their first final.

It’s Melo and Kubot’s title number 14 as a team. For the polish, this was his fourth final at the AMT and his third title, since he won in 2010 with Oliver Marach, in 2013 with David Marrero, and in 2020 with Marcelo Melo; he lost a final with Marach in 2009. This was the brazilian’s third final in Acapulco, with titles in 2015 with Ivan Dodig and in 2020 with Kubot, also he lost a final back in 2011 with Bruno Soares.

The new Doubles champions at the Abierto Mexicano will add 500 points to their ranking ATP, and also share a prize of 119,750 dollars.