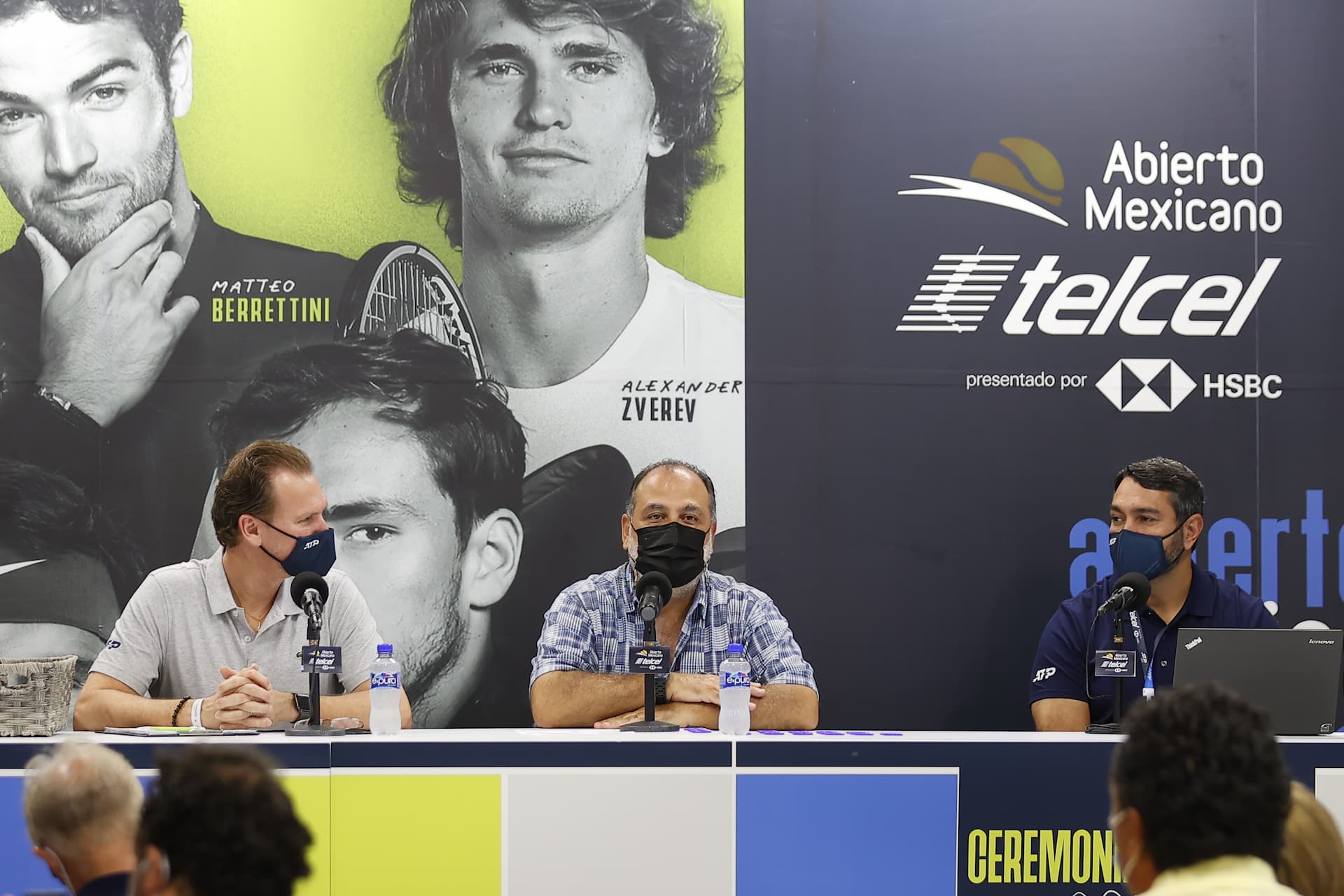 Acapulco, February 19th, 2022. – In a ceremony led by Raúl Zurutuza, director of the Abierto Mexicano Telcel presentado por HSBC, the main draw ceremony of the XXIX edition of the event was held. The main seeds already know the beginning of their paths towards a new trophy “Guaje de Plata”.

The path of Rafael Nadal (No. 5) in the tournament begins playing against Reilly Opelka (No. 20), whom he already managed to defeat in Rome last season. On the other hand, Daniil Medvedev (No. 2), the first classified of the tournament, will have an interesting first match against Benoit Paire (No. 52). The Russian is in the lead thanks to two victories against the Frenchmen Marseille and Cincinnati..

Another favorite, Matteo Berrettini (No. 6), was also at the top of the main draw. The Italian, who will start as the fifth ranked player of the tournament, will debut in Acapulco against the American Tommy Paul (No. 41).

On the other side of the draw, Alexander Zverev (No. 3) will begin defending his title against the American Jenson Brooskby (No. 45), whom he defeated on the only occasion they faced. Meanwhile, Stefanos Tsitsipas (No. 4) will play against the Serbian Laslo Djere (No. 56), whom he has never faced on the ATP Tour.

The Mexican Alejandro Hernández (No. 573) was placed at the top part of the draw and will debut against an old acquaintance of the tournament. He will face Pablo Andújar (No. 74) in an attempt to become the first Mexican in the second round of the event, such as Santiago González achieved it in 2011.

Cameron Norrie (No. 13) and Carlos Alcaraz (No. 29) will play in one of the most interesting matches of the first round. The Brittish arrives as the sixth seed of the tournament, and the Spaniard is hungry for revenge in Acapulco, he was eliminated in the first round the only time he attended the tournament.

After the main draw ceremony, Raúl Zurutuza, director of the Abierto Mexicano Telcel presentado por HSBC, announced the participation of the staff involved in creating and working in the new headquarters. “The effort has been brutal, but we are very grateful to each and every one of the people who have worked on this. I want to thank the ATP that helped raise the awareness of the players since it is a new venue, where we are going to test even the bathrooms,” he said.

In a clash of veterans, John Isner (No. 23) and Fernando Verdasco (No. 172) will face each other in another vibrant first-round duel. On the other hand, the champion of the 2014 edition, Grigor Dimitrov (No. 26), will start his way against one of the American Maxime Cressy (No. 59).

The rest of the top part of the draw is defined by a match between Feliciano Lopez (No. 102) and a player from the Qualy. Also, Taylor Fritz (No. 17) will face Adrian Mannarino (no. 53), while Dusan Lajovic (No. 39) will play against Sebastian Korda (No. 43).
In the bottom part of the draw, three places were drawn for qualy winners; Pablo Carreño Busta (No. 18), Lorenzo Sonego (No. 21) and Brandon Nakashima (No. 81) will play against the winners of the previous round. In addition, there is also a match between Marcos Girón (No. 64)and John Millman (No. 91).