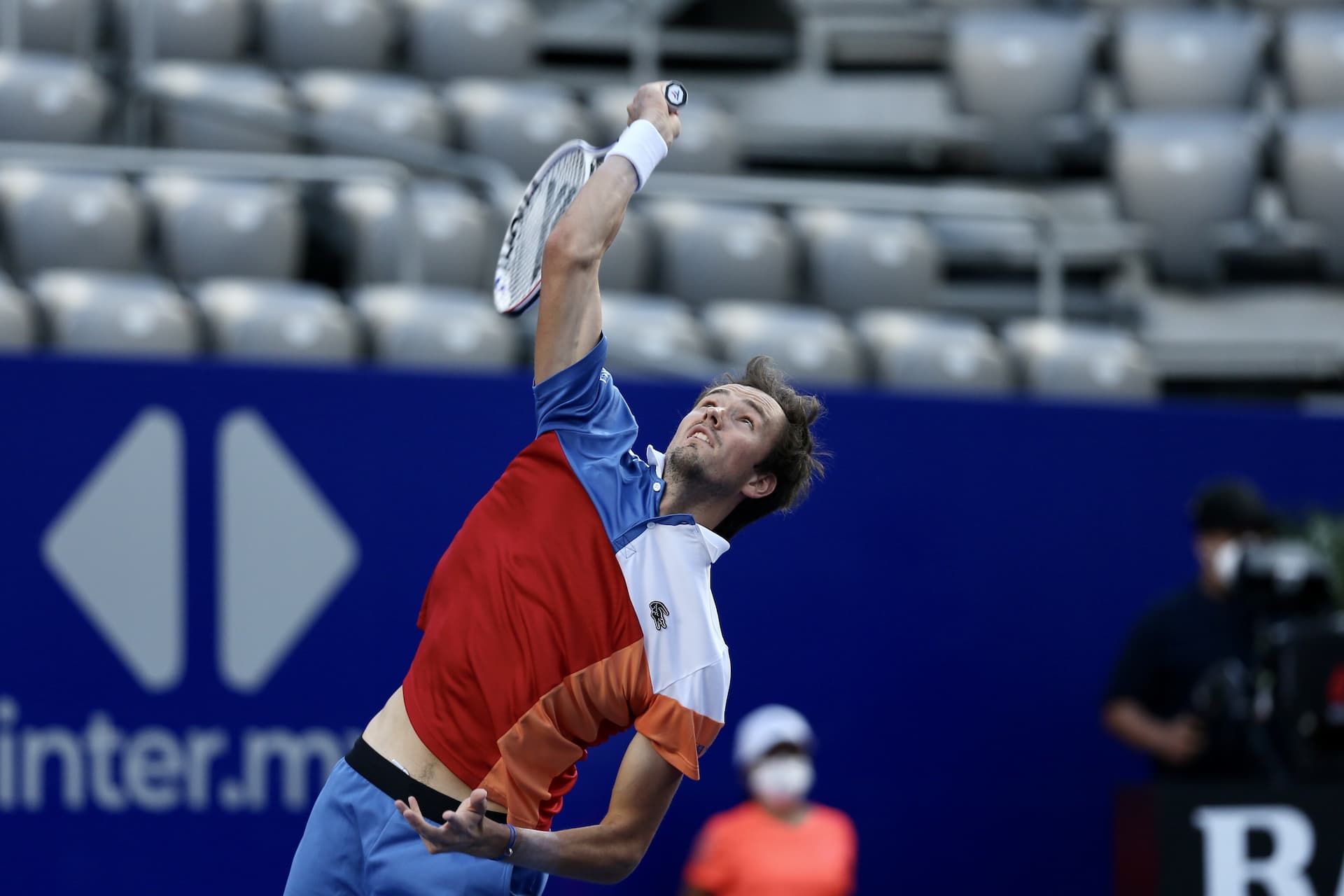 MEDVEDEV BECOMES THE NUMBER ONE PLAYER IN ACAPULCO

Acapulco, February 24rd, 2022. – Daniil Medvedev will never forget his first week in Acapulco. A few hours after getting to the quarterfinals of the Abierto Mexicano Telcel presentado por HSBC, the Serbian Novak Djokovic lost in Dubai against the Czech Jiri Vesely; that moment led to a historic event: the day Medvedev is the number 1 in the ATP ranking.

Medvedev will be the world’s new number one in the ATP ranking starting Monday, February 28th. After Djokovic lost 2,000 points that the Australian Open gives to the champion, and this paired things with the Russian, who did not lose points in the first Grand Slam of the season.

Back in 2004, the Big Four domination (Roger Federer, Rafael Nadal, Novak Djokovic, Andy Murray) started at the top of the ATP ranking. In the last 18 years, Medvedev was the first player to break that hegemony.

Daniil Medvedev became the third Russian in history to reach the world’s number one ranking, after Yevgeny Kafelnikov and Marat Safin. The last to reach No. 1 was Safin, that was the last time he was at the top of the ranking, back in April 2001.

If Medvedev manages to maintain his number 1 status until May 9th, he would have a new record added to the history of his country as the number one in the world and surpassing Safin’s 9 weeks and Kafelnikov’s 6 weeks.
Daniil knew he would reach the top of the ranking with a title from the Abierto Mexicano Telcel presentado por HSBC. Although he already managed to establish himself as number one, the title in Acapulco means staying ahead of the rest of the players and begin his legacy.