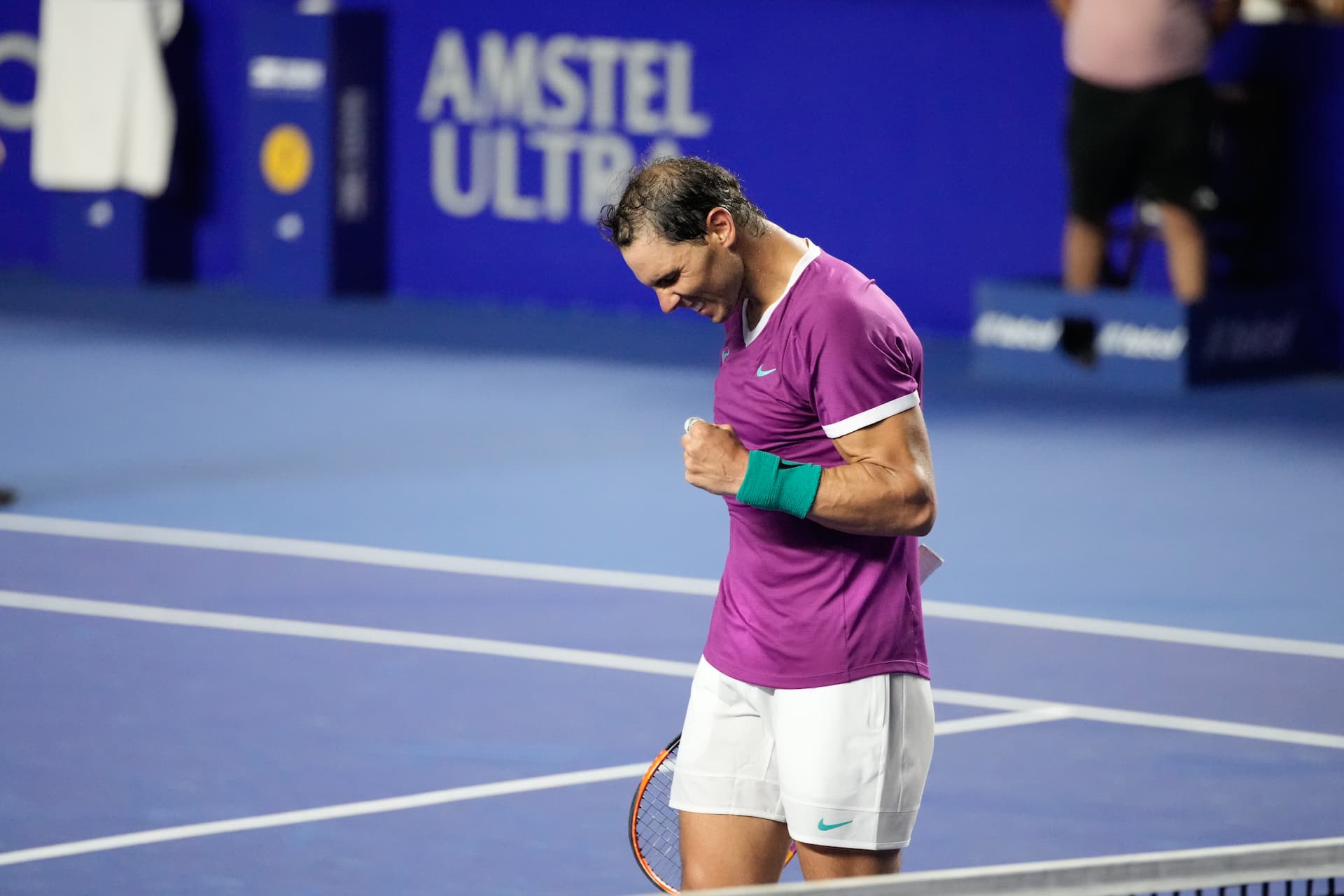 The Australian Open final had the same result as tonight: Rafael Nadal and Daniil Medvedev met once again, just like they did in the first Grand Slam of the season; the Russian could not defeat Nadal.

“Those were different conditions. The second set was very exciting with incredible points. I made few mistakes, but I played well, my serve worked very well,” Nadal explained at a press conference while comparing his semifinal match at the Abierto Mexicano Telcel presentado por HSBC and the Australian Open final.

In a very exciting match, especially in the second set, Rafa knew how valuable it was to continue to think all the positive emotions he has felt in this season.

“There have been a lot of high-level tennis. I took the lead, and I ended the match. It is a very talented victory. This confirms, for me, that things are going incredible. Being in the final in Acapulco means a lot, it has always been so,” he said.
Nadal could express enough his gratitude towards the Mexican public, they have supported him for 17 years. ” I’m very grateful for being here and playing. I’m very happy and grateful to Mexico and for the support and affection for so many years, it is difficult to describe. I can only thank you,” he said after his victory.