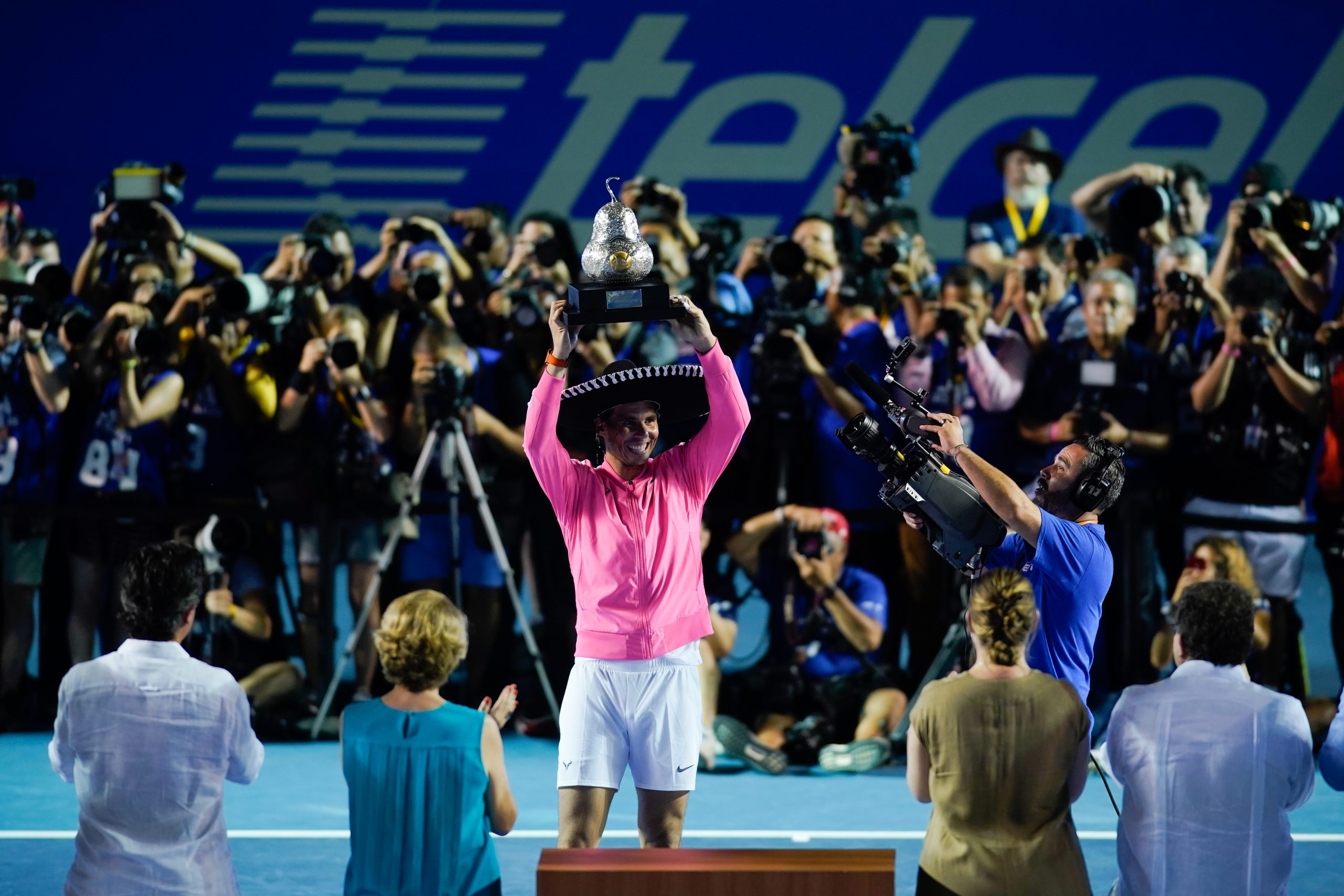 Acapulco, Gro., February 29, 2020.- The title at the Abierto Mexicano de Tenis Telcel, presentado por HSBC, was for Nadal. The spaniard defeated Taylor Fritz 6-3 and 6-2 in just 1 hour and 13 minutes.

Nadal left his record in the tournament at 20-2. On his other 4 participations he either won the title (2005 and 2013) or lost against the player who became the eventual champion, first against Sam Querrey, 2017, and in the second round against Nick Kyrgios. The spaniard’s name will be remembered as the last champion at the Mextenis stadium. Rafa has the records of being the youngest champion in Acapulco (2005), and now the oldest, at 33 years old.

This is the first title of the season for the Spaniard and 85 in his career, he leaves his record in ATP finals at 85-37. With today’s match, he’s been winning at least one title a year for 17 consecutive years.

“Winning in Acapulco is always special because of the closeness to the tournament and the people. It’s an important title in an important moment, I didn’t start the year as good as I wanted, but I got better, I came into the tournament a little bit saturated because I didn’t get a lot of rest and this was a week to build my confidence. I leave with my objective cleared, I’m very happy, I want to enjoy this and get ready for Indian Wells”, said Nadal.

“This doesn’t mean it’s going to be a good year; it only gives me confidence and lets me be in a privileged position”, he added.

Three breaks in the match were enough to lead the victory of the number two in the world, who was facing Fritz (second american to reach a final in Acapulco; first one was Sam Querrey, in 2017) for the first time. Now, Taylor has 0-3 in the matches against top ten players. This was just the fifth final in his career (first in ATP 500); he has raised a trophy before (Eastbourne 2019).

Fifteen years after his first participation in Acapulco, Nadal comes back as the winner of 19 Grand Slams. With this confidence, his ruthlessness imposed himself on Fritz, based on a solid serve and good returns.

Nadal and Fritz reached the final with the same percentage of points won in the second serve (50%), but tonight was different. Rafael had 76% in this category, while Fritz went down to 35%, just winning 6 out of 17 points when playing with his second serve.

Fritz did better when it came to aces, with 10 and without double faults, by one ace from Nadal and two double faults. In the first set the american held his serve until the 8th game, when Nadal didn’t miss the opportunity to break and the lead.

Fritz tried to hold his serve but the break in the fifth game, and one more in the seventh, gave Nadal the championship.

Nadal wins the title without giving up a set and losing only 25 game on his way to the throne.