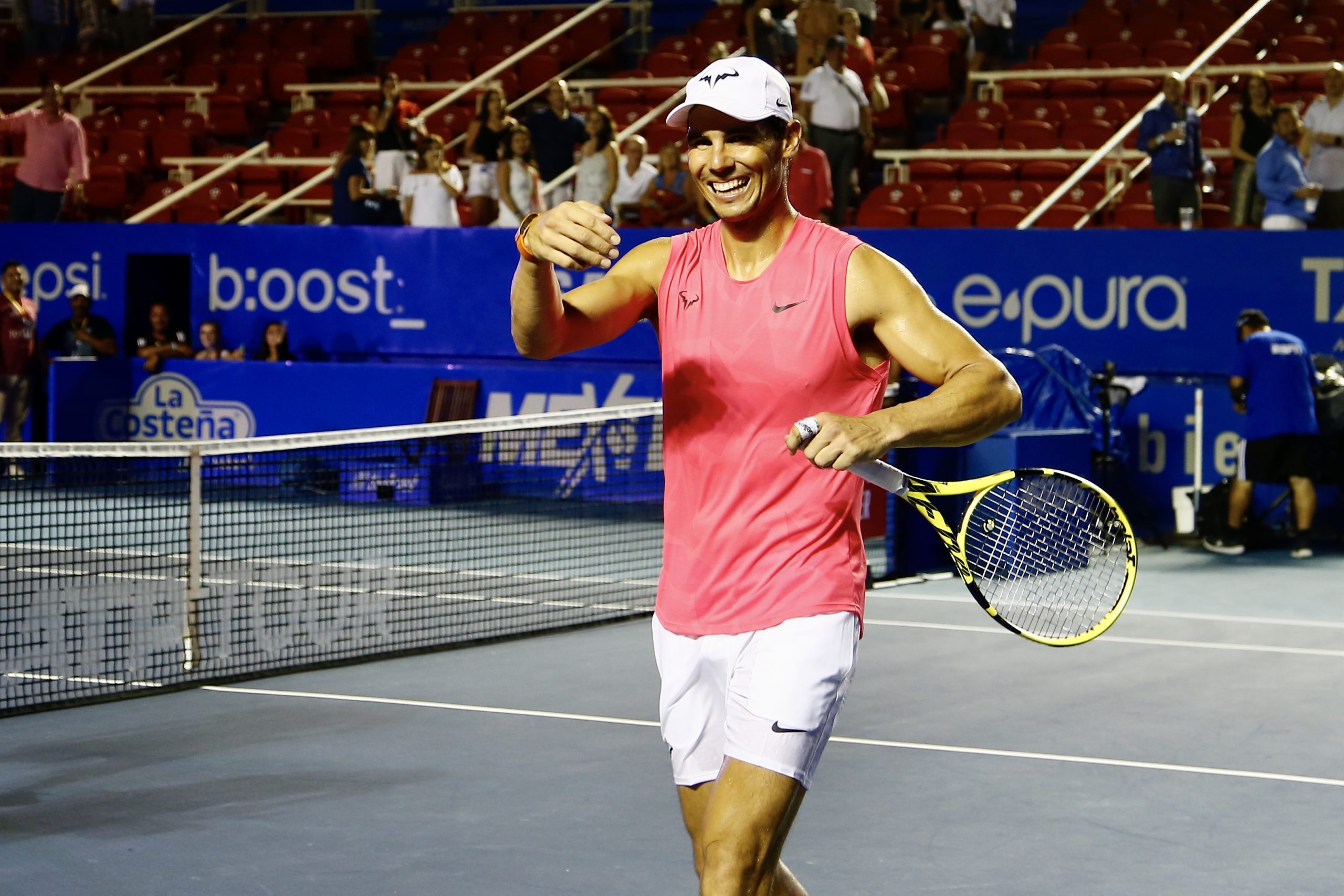 Nadal gets to the semifinals of the AMT 2020

This Friday he will face Grigor Dimitrov

Acapulco, Gro., February 27, 2020.- 15 Years ago, today, Rafael Nadal won for the first time the Abierto Mexicano Telcel, presentado por HSBC. The spaniard reached the semifinals of the 27th edition with a commanding victory over the corean Soonwoo Kwon.

Nadal (#2 in the world and first seed) needed just one hour and a half to get his 18th victory in Acapulco so he could place himself one victory away of his 4th final. Rafa won by 6-2 and 6-1 in what it was his first ever match against the asian player.

The spaniard, who feels very comfortable in the court at the Mextenis stadium, was able to break Soonwoo Kwon’s serve in two occasions during the first set and two more in the second set to take the match with ease. The corean, regardless of having 8 opportunities to break Nadal’s serve, was unable to take advantage of them. Nadal won 75% of the points with his first serve and only 64% with his second serve.

Kwon (22 years old and #76) couldn’t get through the quarterfinals for the fourth time this season. He was eliminated on the tournaments: Pune, New York, Delray Beach, and now Acapulco.

This coming Friday, in semifinals, Nadal will face the bulgarian Dimitrov (#22-ATP), who he has played on 13 prior occasions with 12 victories and just one defeat. The last time they played, Nadal won in the Masters 1000 of Montecarlo 2019, in two sets and on a clay court.

“A lot of things have happened in the last matches, each year is a different story, he is arriving with positive attitude because he has won great matches; yesterday he won a very tough match that had match points against him, today he played a very serious match against one of the best in the world, which took him to semifinals. It’s going to be a tough match just like it has to be a game of semifinals in a tournament like this. It’s going to be a nice game to play and to fight it. Today I felt good, every day I feel better, I hope I’m prepared so tomorrow I can play a good match to reach the final”, said Nadal about the match between former champions of the AMT that he will have against Dimitrov, who won the tournament back in 2014.