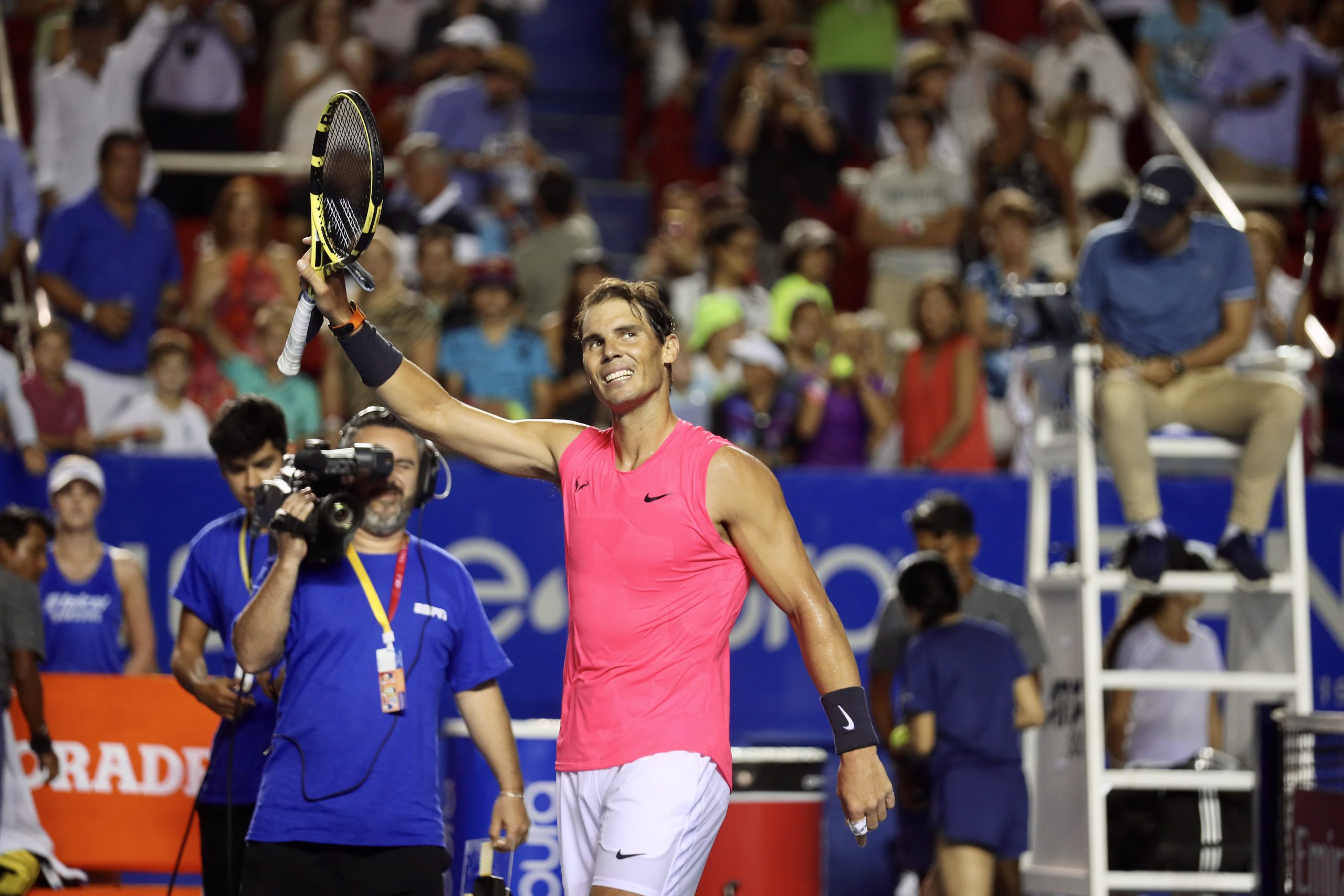 Acapulco, Gro., February 25, 2020.- Rafael Nadal didn’t disappoint on his presentation at the Abierto Mexicano de Tenis Telcel, presentado por HSBC. The number 2 in the world, and the first seed in Acapulco, eliminated Pablo Andujar by 6-3 and 6-2 to advance smoothly to the round of sixteen.

It was the fourth match between the two in their careers, but they haven’t played since the tournament in Rio de Janeiro (2014). All matches were in Nadal’s favor.

In his first tournament after the Australian Open, Rafa imposed his conditions on Andujar, who lost in the first round of the event in Buenos Aires and in the round of sixteen in Rio de Janeiro.

Nadal had an unexpected beginning. Just before the second game, he lost his serve to go down 0-2. On the third game, Andujar generated a new opportunity to break, but Rafa took the game at the end and avoided a mayor disadvantage.

“The beginning was slow, the first game was not positive, neither was the second one, the third game was 0-30, then 30 all, and then came a tight point in which he won to get a break point. It is true that Pablo doesn’t have a great serve, but he has other virtues. I knew it was important to not have a double break, because the 0-3 would have been a complicated situation. Once the game was over there is still a long match ahead, and I had to get back on my game and find my regularity. I know these types of things can happen at the beginning, it is known that if it’s been a while since a competing, the beginnings can always be complicated. But you’ve got to accept it and move forward with a positive attitude”, explained Rafa regarding the first set.

The second set was different because it was 2-0 with a break in the beginning and with one more in the seventh game, that paved the way to get into the round of sixteen, where he will face the serbian Miomir Kecmanovic (50-ATP), who eliminated the australian Alex de Minau on Monday.

Nadal admitted that he expects a complicated match. “He is a good player; he has a strong forehand and it will be difficult. It is always difficult to play against young people because they have a special energy and I must be prepared for it”.