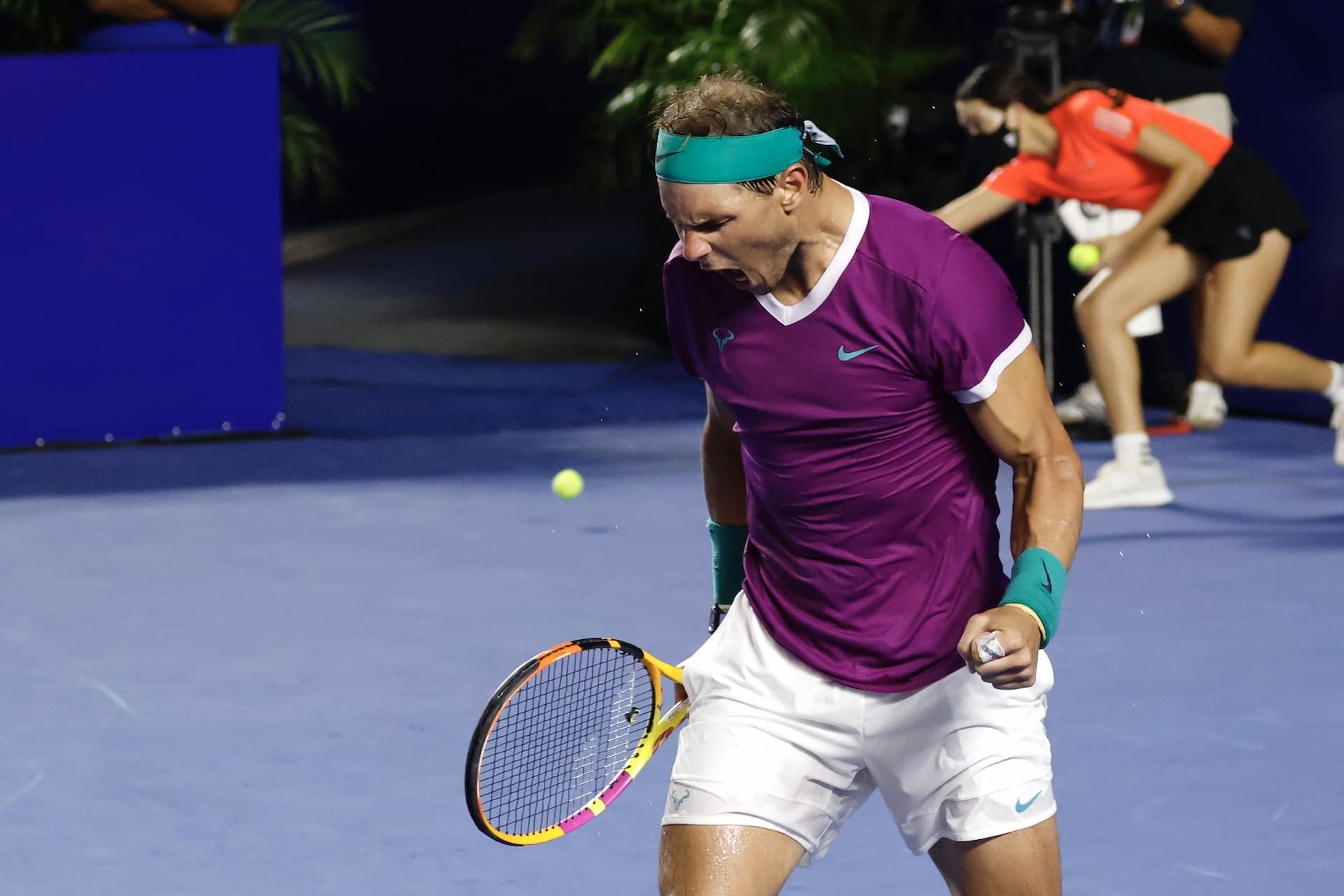 NADAL SECURES THE SEMIFINAL IN ACAPULCO

Acapulco, February 24th, 2022. – When the main draw ceremony was held, the public dreamed of a repetition of the same final as in the Australian Open between Rafael Nadal and Daniil Medvedev. The fans’ wishes were fulfilled and now they will have what they wanted: a rematch of the final of the first Grand Slam on the season, in the semifinal of the Abierto Mexicano Telcel presentado por HSBC.

Rafa’s obstacle to the semifinal was the American Tommy Paul. Just like in the first 2 rounds, Nadal met a new opponent but did not waste any time, especially in the first set. Nadal would defined this set as “the best set I’ve played in a long time”.

Everything improved for Paul in the second set, and Nadal kept steady throughout the set. Emotions arrived at the Arena GNP Seguros, Tommy Paul began to loosen up and Rafa’s mistakes paired up the match. The American saw an opportunity to take the lead.

Rafa had to come from behind several times to not lose the second set. The key moment was when Tommy managed to get a chance to serve for the set, but Nadal’s returns made the difference, the score was 5-5. After holding his serve, the three-time champion in Acapulco had two match points, but Paul fought until he forced a tiebreak.

Nadal lost the first point with a backhand error but managed to recover and even came up 5-3 in the tiebreaker. Paul managed to get two more points and then the tiebreak came to the decisive moment, when he would have one match point on one side and another one on the other side.

Nadal won after by 7-5 in the tiebreak and the public applauded for his victory. Rafa sealed the expected semifinal against Daniil Medvedev.