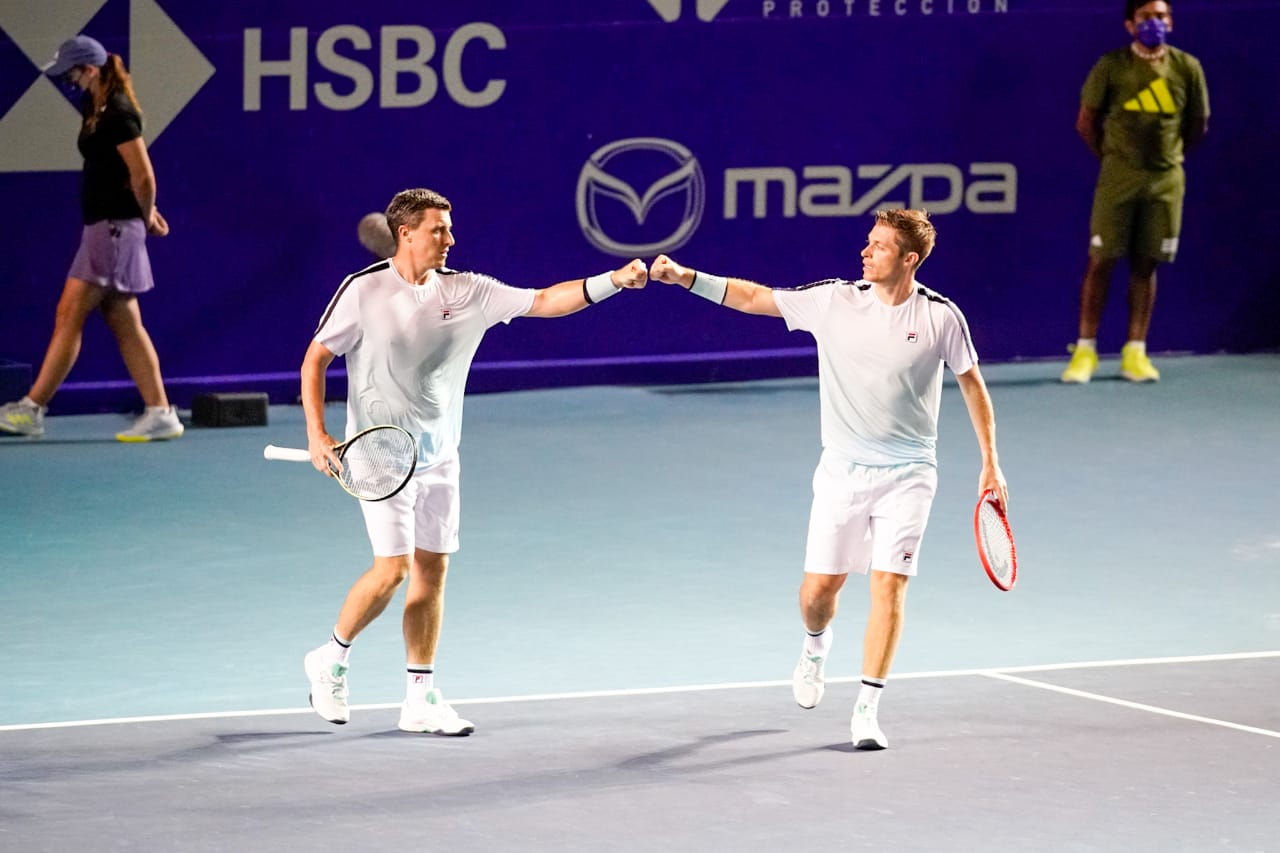 Neal and Ken Skupski conquer Acapulco for the first time

The brothers, Neal and Ken Skupski, are the new doubles champions of the XXVIII edition of the Abierto Mexicano Telcel presentado por HSBC.

The British defeated the tournament’s number one couple 7-6 (3) and 6-4 coming back from behind to take over the firsts set in order to crown themselves.

The match started with Granollers and Zeballos playing very solid and with very clear ideas. In the third game they managed to take their rivals’ serve and scored 2-1 after consolidating that break with the Spaniard’s serve.

Something important in the game was the equality between both couples, with more than 70% in first serves, little details and the second serve became important later in the set.

It was until the tenth game when the top-ranked couple of the tournament had the opportunity to close with their serve in the first set, but after relying on their game and modifying their strategy, Ken and Neal Skupski managed to equalize 5-5.

The first set was resolved with a tie breaker, where the Skupski brothers were more successful than their rivals and finished their comeback in order to win the first set.

In the second set, the brothers came with inertia from the first sone, and in the third game they broke Marcel Granollers’s serve.

This advantage was enough to take the set and the match since they were defending their serve to close the match 6-4.

“”It was difficult to get in Acapulco since our ranking is not very good, we were the last to enter the tournament, we took the opportunity and now we will increase our ranking, and hopefully we can play Masters 1000 and more ATP 500,” said Neal.

With this victory, the Skupski brothers won their third title as a couple after Montpellier (2018) and Budapest (2019), the Abierto Mexicano Telcel presentado por HSBC is the first ATP 500 they win together.

Neal and Ken Skupski became the third couple of brothers that raised the trophy after the Bryans in 2002 and 2004, and the Zverevs in 2019.

“It was a great week, we’d already been here but we hadn’t played as a couple and there’s no better feeling than winning alongside your brother,” Ken said.

In the press conference, wearing a mariachi hat and their trophies in hand, they acknowledged their intention to visit Mexico more, and said that this year they plan on attend the Abierto de Tenis Mifel that will be held in Los Cabos in July 19 through the 24.