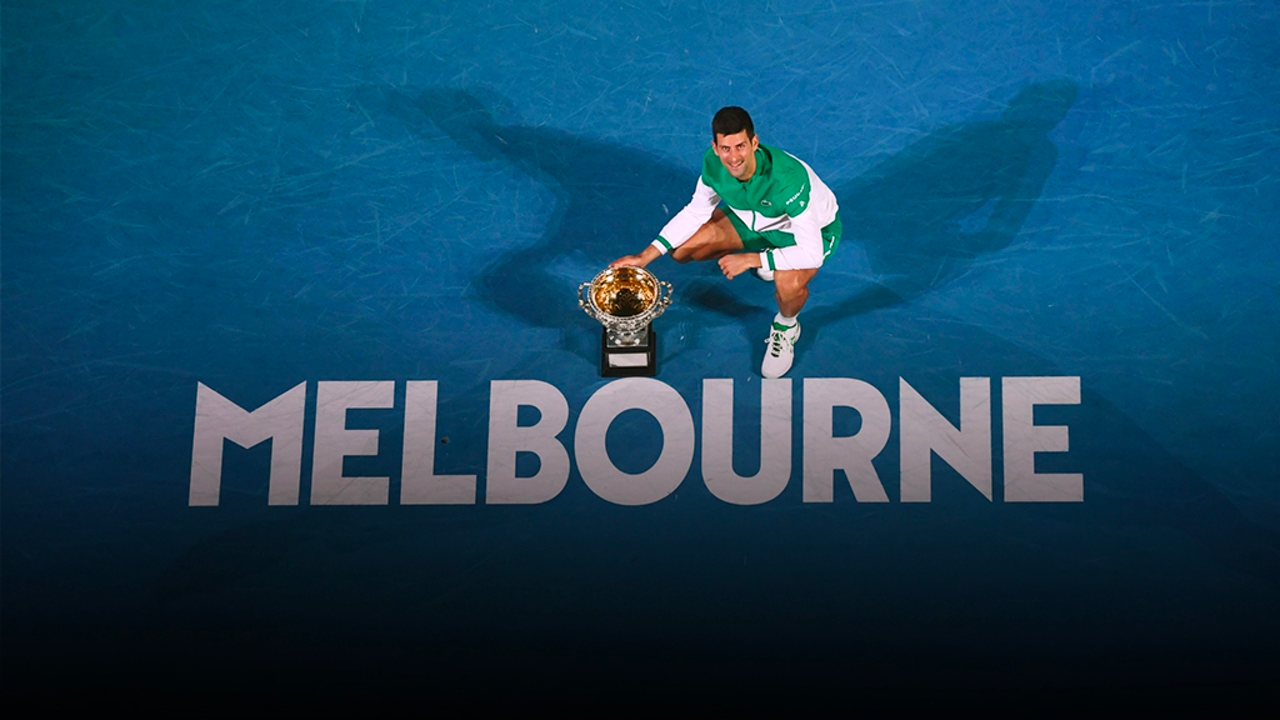 World’s number one, Novak Djokovic, retained his crown as the Australian Open champion after defeating Danil Medvedev 7-5, 6-2 and 6-2.

The Serbian needed just one hour and fifty-three minutes to achieve his ninth title in Melbourne Park, this reaffirms his dominance in this tournament by being the greatest winner in history.

With this triumph, he achieved his eighteenth Grand Slam and he is just one step behind Rafael Nadal and Roger Federer, whom, with 20, are the top major winners of all time.

In order to reach the final and beat Medvedev (ATP #3), Djokovic had to defeat three players who will be present in the XXVIII Abierto Mexicano Telcel presentado por HSBC.

Medvedev, who is going through a great moment and reached the final with 20 consecutive victories, defeated Stefanos Tsitsipas by 6-4, 6-2, 7-5.

The Greek and first seed of this edition of the Acapulco’s Port tournament, starred in perhaps the best match of the tournament with a two-set comeback disadvantage against Rafael Nadal, number 2 in the world and current champion of the Abierto Mexicano Telcel presentado por HSBC.

In the women’s side, the Japanese Naomi Osaka won for the second time the Australian Grand Slam by defeating the American Jennifer Brady in the final by 6-4, 6-3. The 23-year-old player, WTA #3, maintains her perfect pace in Grand Slams, winning all four that she has competed throughout her career.

The Mexican Guiliana Olmos reached the quarterfinals in the doubles category with the Canadian Sharon Fichman, where they lost against the two finalists: the Czech Krejcikova and Siniakova.

This week there will be three ATP 250 tournaments around the world, 9 of the players that will be present in Acapulco will play some of them.

Six players that will be present in the next edition of the Abierto Mexicano Telcel presentado por HSBC will be playing in the Cordoba Open in Argentina. The locals, Diego Schwartzman and Guido Pella together with the French Benoit Paire and the Serbian Miomir Kecmanovic, will be the four top ranked players.

The four of them will play in the second round of this tournament. Schwartzman will face the winner of the clash between Hugo Dellien vs. Marco Cecchinato. Pella will face the winner of Elahi Galan and Kovalik. Miomir Kecmanovic expects a rival that will come from the match between a qualifier and the Brazilian Seyboth Wild. Paire will have to play against the local Nico Jarry or the Spaniard Jaume Munar.

The Serbian Laslo Djere and the Spaniard Pablo Andujar will be competing in this tournament as well.

In the Singapore Tennis Open, the French Adrian Mannarino and the Croatian Marin Cilic (both are the top ranked players of this tournament) will playand will also make their debut in the second round.

The Frenchman will start his participation against the winner between the Latvian Ernests Gulbis and the italian Roberto Marco. Cilic will wait for his rival between the Japanese Taro Daniel and the Hindu Ramkumar Ramanathan. Mannarino and Cilic would only face each other in a hypothetical final.

In the last ATP 250 which will be played this week in Montpellier (France), the American Sebastian Korda, who received one of the wildcards from the tournament, will be playing and looking for his second-round pass against local Jo-Wilfred Tsonga, who was ATP number 5 in 2012.

The other wildcard awarded by the organization, the Spaniard Carlos Alcaraz, was defeated in the qualification round against the Dutchman Tallon Griekspoor.

The Russian Danil Medvedev became ATP Top 3 tennis player thanks to the 1020 points obtained by reaching the Australian Open’s final, replacing the Austrian Dominic Thiem. This being his best professional ranking.

The Bulgarian Grigor Dimitrov and the Norwegian Casper Rudd respectivelymoved up four places to 17th and 24th. This new ranking is the best in Rudd’s career.

Russia’s Aslan Karatev registered the highest increase in this week’s ranking in the ATP, who after losing against Serbia’s Novak Djokovic in the Australian Open’s semifinals, moved up 72 places in order to rank as number 42, surpassing his best professional ranking in which he was 111. Other top climbers this week in the ATP ranking were starred by old acquaintances of the Mexican fans. Feliciano López, who moved up eight places to be 57th in the world, the Romanian Radu Albot who went from 85 to now 76 after reaching the third round in the Australian Open where he defeated the Spaniard Roberto Bautista Agut in the first round. South Korea’s Soonwoo Kwon moved up 16 places in the ranking and he is now ATP 81.