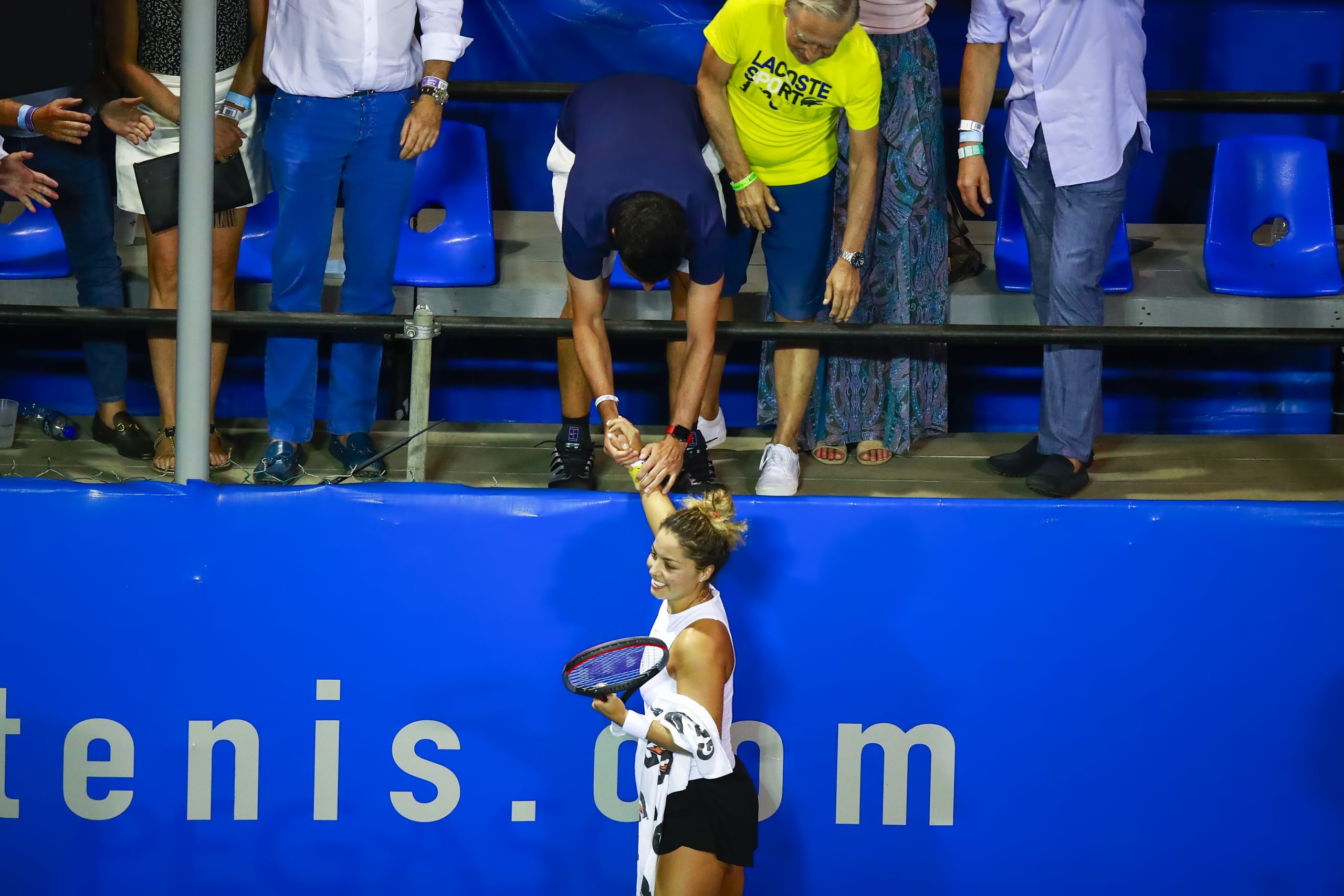 Acapulco, Gro., February 28, 2020.- While Renata is making history for mexican tennis, Patricio, Renata’s brother and coach, is one of the people responsible for the “Renata-mania” here at the Abierto Mexicano Telcel, presentado por HSBC.

In order to participate in the XXVII edition of the tournament, Zarazua (22 years old) needed a wild card, because her ranking is 270-WTP did not allow her to access the main draw directly.

After the draw ceremony, things did not look good for Renata, she had to play against the favorite, Sloane Stephens (first seed, former #3-WTA in 2019, and 35 current ranking, former champion in Acapulco 2016, US Open monarch in 2017, runner-up for Roland Garros and the WTA Finals 2018), in the first round. Her chances to win were almost none.

However, Renata played the best match in her life and to everyone’s surprise, she eliminated Stephens. During the game, the mexican player was assisted by a young man, whom we didn’t know much of, Patricio, her older brother who joined the team at the end of last year.

“In November, my sister and I had a talk alone where we made tough decisions, things that I felt we had to change in order to get to bigger things. We formed a great team, I support her in the tournaments by traveling, also in the emotional part because, although I’m her coach, I’m her brother first. I will always want the best for her as a person and as a player, she has a lot of confidence, we’ve always been very close. Renata’s physical trainer is Carlos Aranda, who has a lot of experience and has trained players with a very good level. Her main tennis coach is Hugo Armando, who is a former top 100 professional tennis player from Argentina, he has been of great help for everything that is going on”, says 24-year-old Patricio, a graduate of Business Management at Palm Beach Atlantic.

For Patricio, the psychological aspect, a topic that has been highly criticized in the mexican athletes so they can succeed in sports, is of the highest importance for their development and the results.

“I think the mental part, especially in young girls, is to understand how they are mentally, how they are as a person and see the things that they need in order to understand their game. My sister has a strong character, but that’s a good thing since she uses it in a positive way in matches when she has to fight for the win. She is very mentally strong; she is the type of person that works hard for what she wants. To say in another way, it has its advantages and disadvantages, like we work on her forehand or her backhand, we also need to work on her character so when she steps up to the court, it’s the ideal one.”

“My job is to make her understand that things won’t always go her way in matches. At important and key moments, I try to make her feel supported and keep her calm. I’m very proud of her, we’ve worked together for many years, with this new team we have set ourselves for big goals, and she is giving us results”.

Renata and Patricio belong to a family with a long history in tennis, led by the former David Cup Player from Mexico, Vicente Zarazua.

“Vicente Zarazua is my great-uncle, he started the love for tennis in the family. After him, my grandfather was a tennis player as well with a very high level, then came my father, who played tennis as a child and decided to go to a university to keep playing. My parents’ support for Renata’s career was key because they knew what it takes to get to things like this.”

“I started playing tennis as a kid and I decided to go to a university in the United States to play tennis for four years. I’m very satisfied with what I did in my life, it was a very fun experience, but I knew that I wanted to dedicate my work to my sister since she had the qualities it takes for something big. Now I know that this is what I want to do, some say that you have to follow your instincts, and I knew that’s what I had to do so my sister could succeed”.

The limits do not exist for Renata in this sport, the road is traced, the objectives are clear, and she has her eyes on them. She already made history at the Abierto Mexicano, she is part of the National Federation Cup team that is looking for a place in the World Group, but tennis is lived one day at a time.

“The match against Stephens was the best triumph in her career so far, but we always try to focus one match at a time. It was obviously a great victory in the first round and the next two rounds, it’s okay to enjoy it, but we must remember that we won’t stop there, and we keep her focused in her next match”, said Patricio. The next match in the search for the pass to the grand final will be against the canadian Leylah Fernandez.