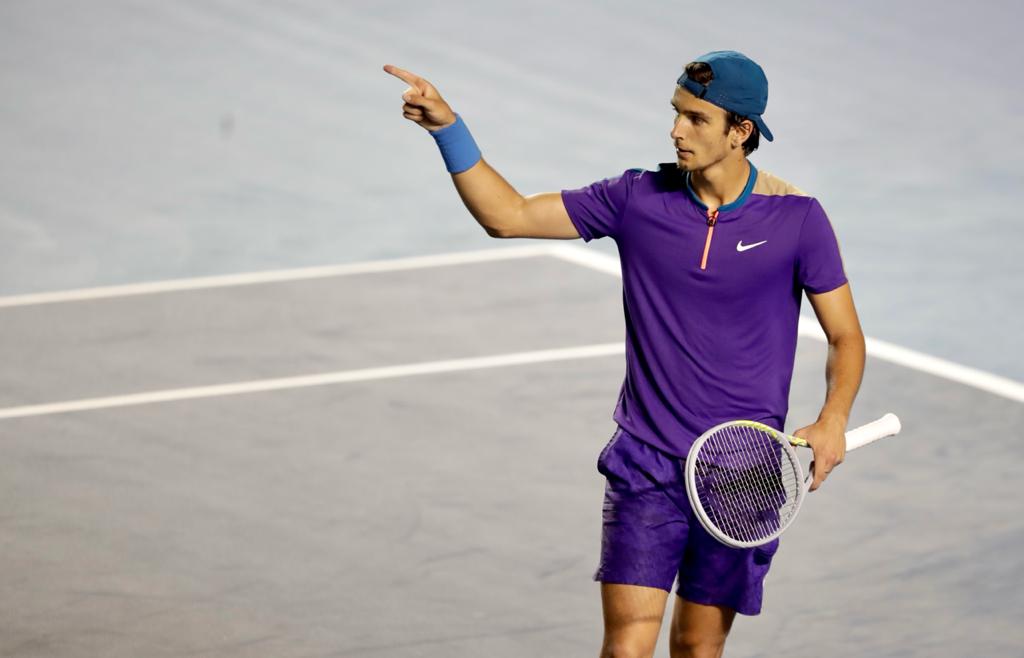 The Italian Musetti surprises everyone in Acapulco when he eliminated the Argentine Schwartzman.

The Italian Lorenzo Musetti (No. 120) lived an unforgettable night in the Abierto Mexicano Telcel presentado por HSBC when he defeated the Argentine Diego Schwartzman (No. 9) in three very close sets of 6-3, 2-6, 6-4.

The young promise, who just turned 19 on March 3rd, showed a lot of temple in his first match against the Top 10 player since Schwartzman did not stop fighting until the end.

“It was an amazing night, I knew Diego was a fighter and he fought for all the points. I knew it was hard even with a 5-1 in the third set. When he shortened the distance and the score went to 5-4, I was already very tired and all three aces were the key to my victory,” said Musetti, who had to play three qualifying matches to reach his fifth main draw of an ATP tournament.

Before playing against Peque, Musetti had the opportunity to train with the current Italian tennis legend, Fabio Fognini (No. 18). Spending time with someone he admired as he grew up, and with whom he has a close relationship, helped him enter the Estadio Mextenis more relaxed.

“Fabio is very nice to me, today we warmed up together, we are friends and he went to see me play for a while, that was important to me. We are friends and we are close, I am happy to be able to learn from him, “said the Australian Junior Open champion (2019), who started getting people’s attention on the circuit in September last year when, from the qualifying rounds, he reached the third round of the Masters 1000 in Rome, leaving behind players such as Kei Nishikori and Stan Wawrinka.

In Italy, Musetti is already considered as one of the greatest promises, after his match he was praised by Fognini, “from now to the years to come, we will have high expectations. Today when he beated Diego in the main court, it was an important sign, it means that he is growing”.

In addition to the 8 Italians who participated, either in the qualification or in the main draw of Acapulco, Musetti has been accompanied by his coach Simone Tartarini, who has been at his side for more than 11 years, when he was still a child.

“When I was 8, I changed clubs and started working with Simone because he was in a club with a lot of kids where they were good sparrings. He is like my second father, he travels with me everywhere, we share everything and I always joke that he is my wife,” he said with laughter. The current #120 in the world has deployed a spectacular tennis from the qualifying rounds and now in the main draw. After living that moment in the stadium, which he considered “difficult to assimilate and describe”, he took a steady pace towards his goal of becoming champion in an ATP tournament.