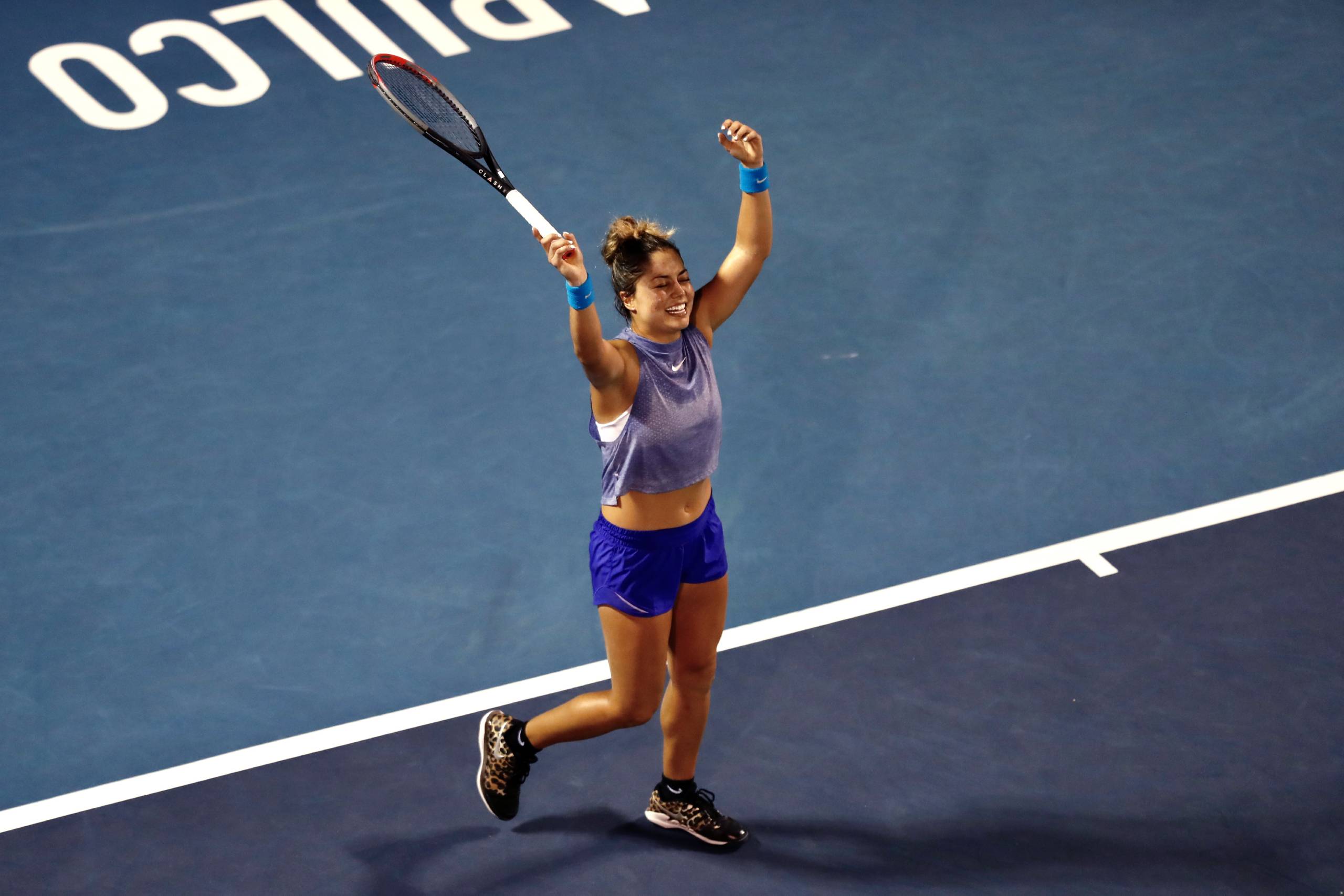 Acapulco, Gro., February 26, 2020.- Renata Zarazua, with another sensational performance, has the Abierto Mexicano Telcel, presentado por HSBC, crazy about her. She moves on to the quarterfinals, matching her countrywoman, Melisa Torres, performance in 2007.

With the Grand Stand Caliente at its full capacity, which proved insufficient for the fans who wanted to see the mexican player, Renata Zarazua did not disappoint and based on her relentless style, came from behind to beat the american Katie Volynets (384 player in the world) 4-6, 7-5, and 6-0. Both of them got into the main draw with a wild card.

Volynets, 18 years old, dominated the first set breaking Zarazua’s serve. Now up a set, the north american continued to play well and got up to 4-2 in the second. Volynets took advantage of the mexican’s lack of control, who was not in her best shape since she requested medical assistance for cramps and discomfort in her right arm during the set.

Patricio Zarazua, who is Renata’s brother and current coach, did not let her get discouraged. With a lot of dedication and heart, the national player had a spectacular comeback cheered by the public that got into Volynets’s head, who forfeited the set with three consecutive double faults.

The third set was one-sided with Renata becoming more and more confident while her opponent couldn’t get her rhythm. With three more breaks, the last of those, with some double faults, sealed the victory for the mexican.

“It was a very difficult game since my right arm was cramping during the second set, but the support of the people motivated me to ignore it and keep going so I could win. She was playing very well, and I couldn’t find a way to make myself feel good, I was a little nervous. I was still excited from yesterday and I had a hard time changing my state of mind for today. However, I knew how to control myself, I wanted to save as much energy as possible and I’m super happy and thankful for everything that happened. I’m living a dream and I want to continue; I don’t want to be satisfied with this result, I can only think about the next round”, Zarazua stated.

In the quarterfinals, Renata will have to face the slovenian Tamara Zidansek in pursuit of her historical pass to the semifinals. In the slovenians’ duel, Zidansek had no problem beating her countrywoman, Kaja Juvan (Youth Olympic Champion in Buenos Aires 2018) 6-2 and 6-2. Juvan had eliminated the legendary Venus Williams one day before.

In another match, the italian’s dream, Sara Errani, ended as she got eliminated by losing in three sets against the chinese Xiyu Wang, 7-5, 6-7 (3), and 6-1. Errani, 185 of the WTA and the one who dominated the Abierto Mexicano in 2012 and 2013, suffered a lot with the intense heat and she couldn’t keep up with the youth of the chinese, in a confrontation of tennis players who came from the qualifying round.

In other news, Heather Watson from Great Britain (seventh seed) defeated the ukranian Kateryna Bondarenko by sets 7-6 (2) and 6-2.

The Chinese Lin Zhu (sixth seed) overcame a very difficult game against the british Katie Boulter, who was defeated by 7-6 (2) and 7-5.

The next big player is the young canadian Leylah Fernandez, who won her second match of the draw after playing the qualy, who left out the eighth seed, Nao Hibino, with a score of 6-3 and 6-0. Anastasia Potapova had an easy win against the german Tatjana Maria by double 6-3 to move on to the quarterfinal round.