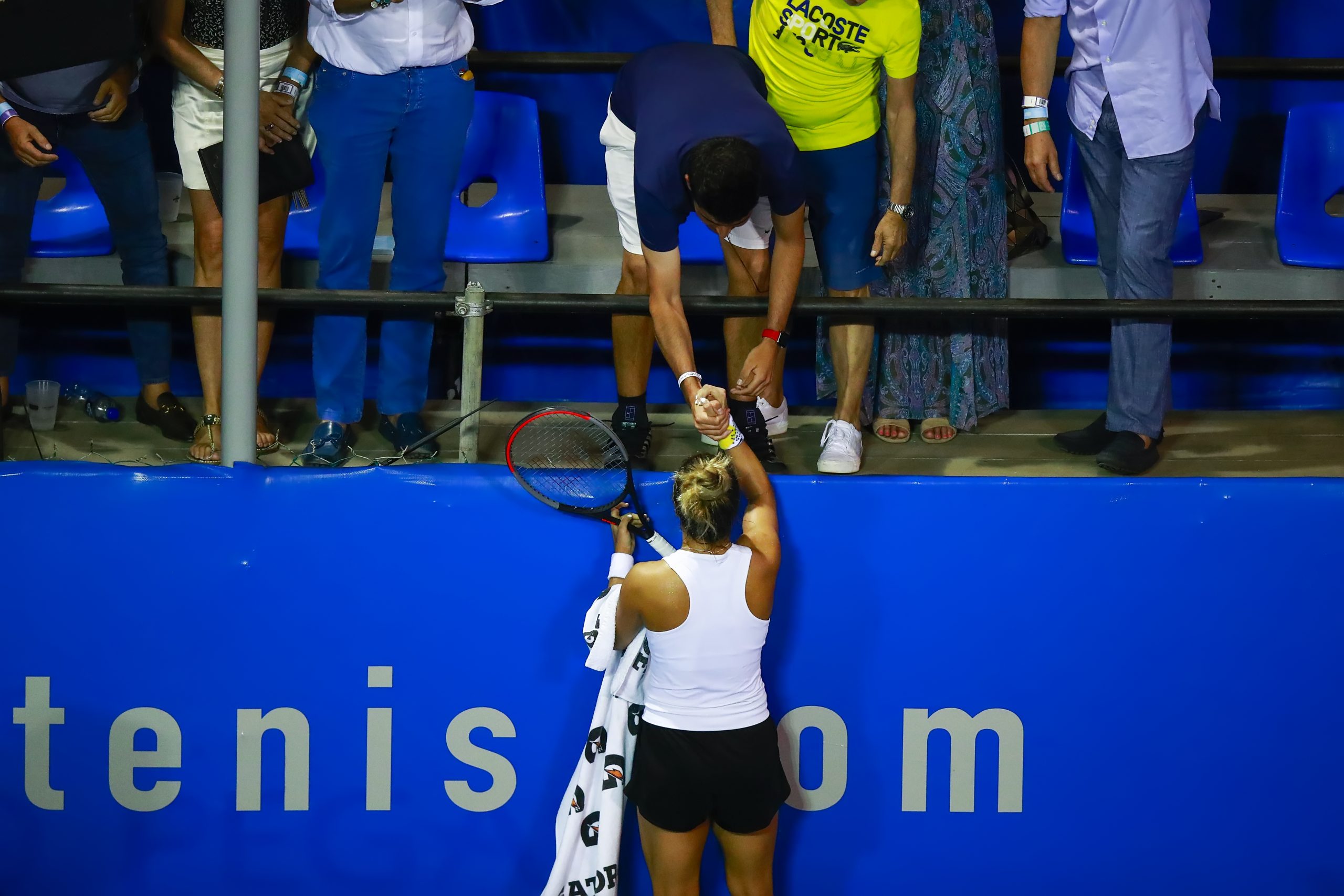 Renata Zarazua gives hope to the fans at the AMT

The mexican achieved a historic pass to the semifinals

Once again, the Grand Stand Caliente was crowded with people who wholeheartedly supported the mexican player. The game started with great intensity, and she managed to break her rival’s serve in the very first game. There was another break in the seventh game which ensured the lead and the set.

The second set seemed to be the same as the first one until Zindasek (74-WTA) was able to break the mexican’s serve in two occasions, this evened out the score. In the third and definite set, Zarazua was determined to take it all, and in the sixth game, the mexican put Tamara in trouble with a break, which meant the end of the match.

“I was determined to win the third set; I’ve lost a lot of matches because I was not confident enough to seal the victory, so this helped me remind myself that no matter what happens, I have to give my everything and took one point at a time. The last game was mentally hard, it was hard to control my nerves and the pressure. In match point, I was very nervous, I’m not sure how the ball went over, but it did”, said Renata, who is also the niece-granddaughter of the mexican tennis legend: Vicente Zarazua.

During, and at the end of the match as well, one could hear the song “Cielito Lindo” throughout the stadium. The fans did not hide their excitement for the historical event. Renata surpassed Melisa Torres, who reached the quarterfinals back in 2007, but lost against the german Julia Schruff, who took away Melisa’s dream.

In addition, Zarazua has already equaled Oliver Fernandez, Mexico’s only tennis player (man or woman), to reach the semifinals in this tournament, as he did in 1993 (AMT’s first edition).

“The people helped me a lot, I was a little tired today, but as soon as I entered the stadium, I could feel the energy. After that, I completely forgot about being tired, it didn’t even cross my mind and it was all thanks to them. I do not know if I could’ve won this anywhere else, I am very grateful. I don’t know how they did it, but their energy have a lot of merit in this victory”, said Renata, who took revenge on Tamara Zindasek (she defeated Renata a couple of years ago in her first round of Roland Garros).

In the semifinals of the Abierto Mexicano, Renata Zarazua’s rival will be the canadian 17-year-old Leylah Fernandez, who in the last quarterfinals surpassed the Russian Anastasia Potapova 6-3 and 7-5. Fernandez, filipino-ecuadorian origin, is the junior former champion of Roland Garros 2019 and runner-up of the Australian Open Jr. 2019 tournament. This will not be an easy match for the mexican.
If Renata wins, she will also overcome Angelica Gavaldon’s achievement, who is the only mexican semifinalist in a WTA event back in 1993 during the San Juan tournament.