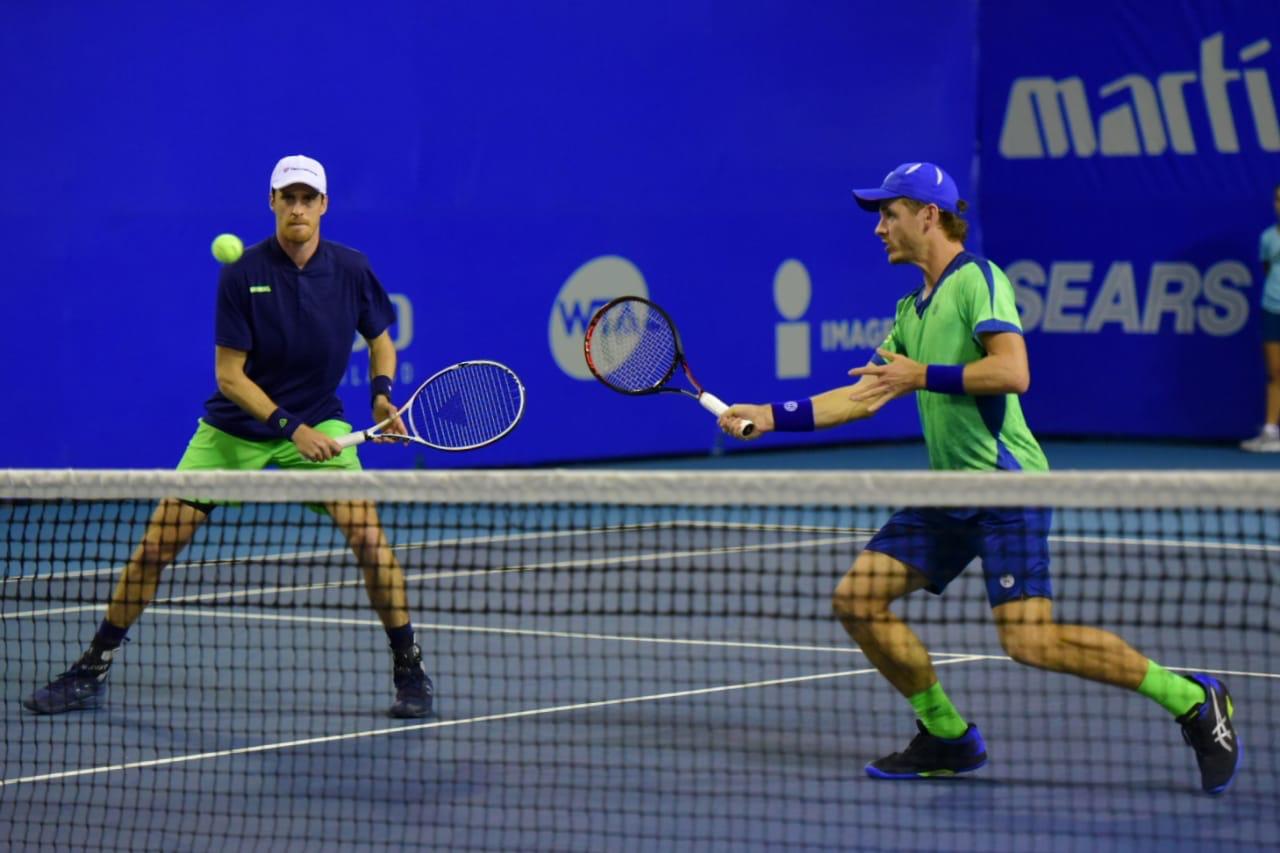 Acapulco, Gro., 22th of february 2020.- Luis David Martínez and Miguel Angel Reyes-Varela
took the first step in the search for a ticket for the main draw of the doubles tournament at the Abierto Mexicano Telcel, presentado por HSBC. The mexican duo stood their ground and in three sets surpassed Radu Albot and Austin Krajicek. Micky and Luis David gave hope to the national cause, which did not run with luck in the singles classification contest. The mexicans seized the first set 6-4, but Albot and Krajicek matched them by taking the second 6-2 and in the super tie break the mexicans had to come from behind to win the super tie break by 15-13.
It was an hour and a half of hard-fought encounter. Reyes-Varela and Martínez never lost faith. Because although in the super tie break they were down 5-1, they managed to match the score and turn the adversity around. The locals won 76 percent of the points played with the first service.
Regardless that it was already early Sunday morning, fans remained on the stands of court 2 to support their players. That energy help them to stay alive and now they will have to fight for the pass to the main draw before the couple composed of the american Nicholas Monroe and Jackson Withrow, who in the other duel left out the mexican Hans Hach Verdugo and his partner Robert Galloway , with partials of 3-6, 6-4 and 10-7.
Monroe and Withrow secure their pass when they achieved a 7-2 lead in the super tie break, which proved unattainable for Hach and Galloway.