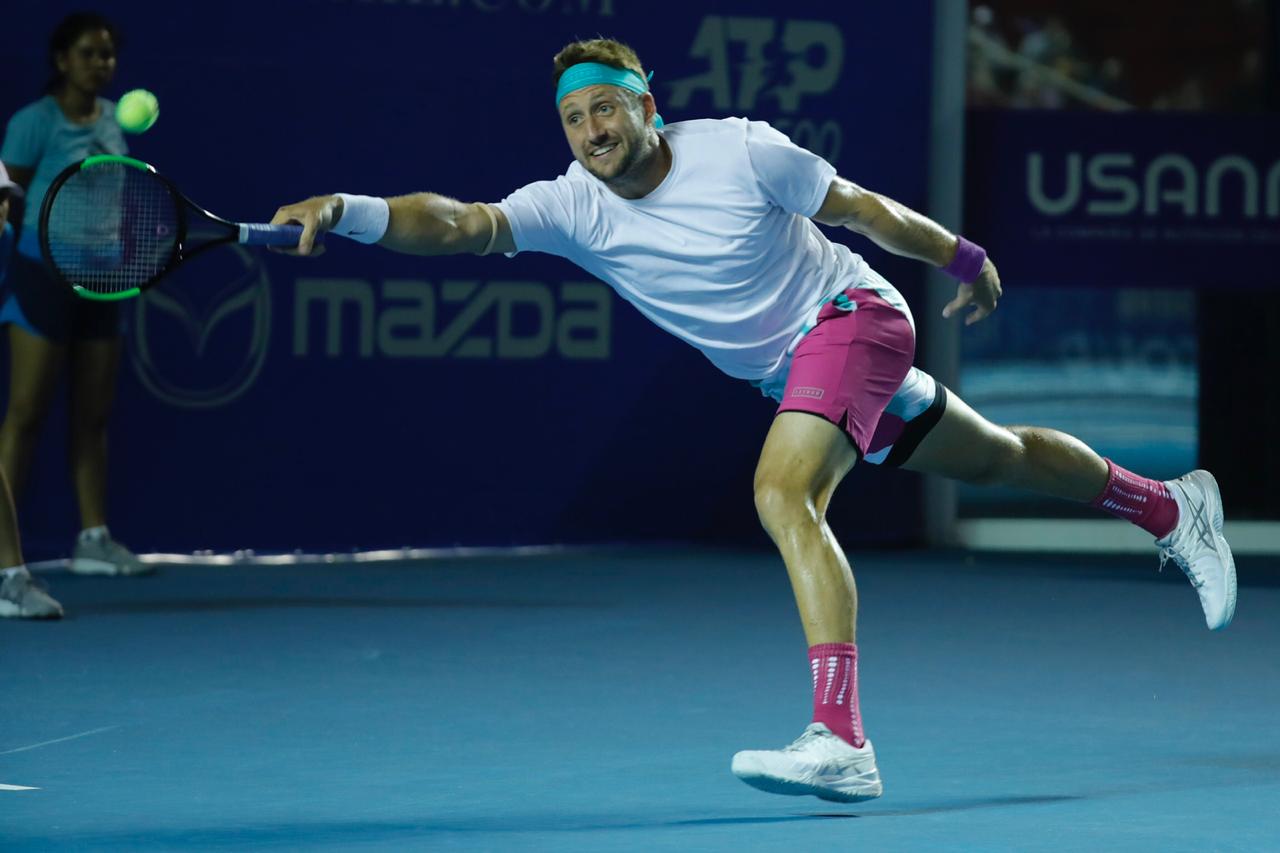 Reyes-Varela is left without a ticket to the main draw

Acapulco, Gro., February 23, 2020.- Luis David Martinez and Miguel Angel Reyes Varela were willing to grab the ticket that was at stake in the doubles game qualify tournament, at the Abierto Mexicano de Tenis Telcel presentado por HSBC, but this time was not possible.

The mexican and the venezuelan were defeated by the US duo: Nicholas Monroe and Jackson Withrow, by the score of 6-3 and 6-4 after just over an hour of play.

Monroe and Withrow will be the Zverev brothers’ rivals (Alexander and Mischa) in the first round of the main draw of the doubles tournament. The germans are the defending champions of the tournament.

Reyes-Varela (accompanied by Martinez) was Mexico’s hope to have more representatives in the event, which in doubles they count with Santiago Gonzalez, who will pair with the british Ken Skupski.

In the singles category, Gerardo Lopez Villasenor entered the event thanks to a wild card.

In the other results of the qualifying round, the bosnian Damir Dzumhur got a place in the main draw after his triumph against the australian Alex Bolt, by 6-7 (5), 6-3, and 6-5.

Tommy Paul, from the United States, also won his place by beating Daniel Elahi Galan, from Colombia, by a 6-4 double.

In the women’s tournaments, young Leylah Fernandez, from Canada, won her ticket to the main draw with a 6-3 and 6-3 victory against Varvara Lepchenko from the United States.

The paraguayan Veronica Cepede Royg will also be in the main draw, after eliminating the slovenian Kaja Juvan by 6-2 and 6-3, while Caroline Dolehide beat Giulia Gatto-Monticone by 6-1 and 7-6 (6).

Also, Sara Errani, former champion in Acapulco in 2012 and 2013, achieved her place to the main draw with a victory against the american Nicole Gibbs by 6-3 and 6-0; Usue Maitane Arconada defeated Francesca di Lorenzo by 6-3 and 6-3, and the Chinese Xiju Wang won the duel against the ukranian Anhelina Kalinina by 7-6 (0) and 7-5.