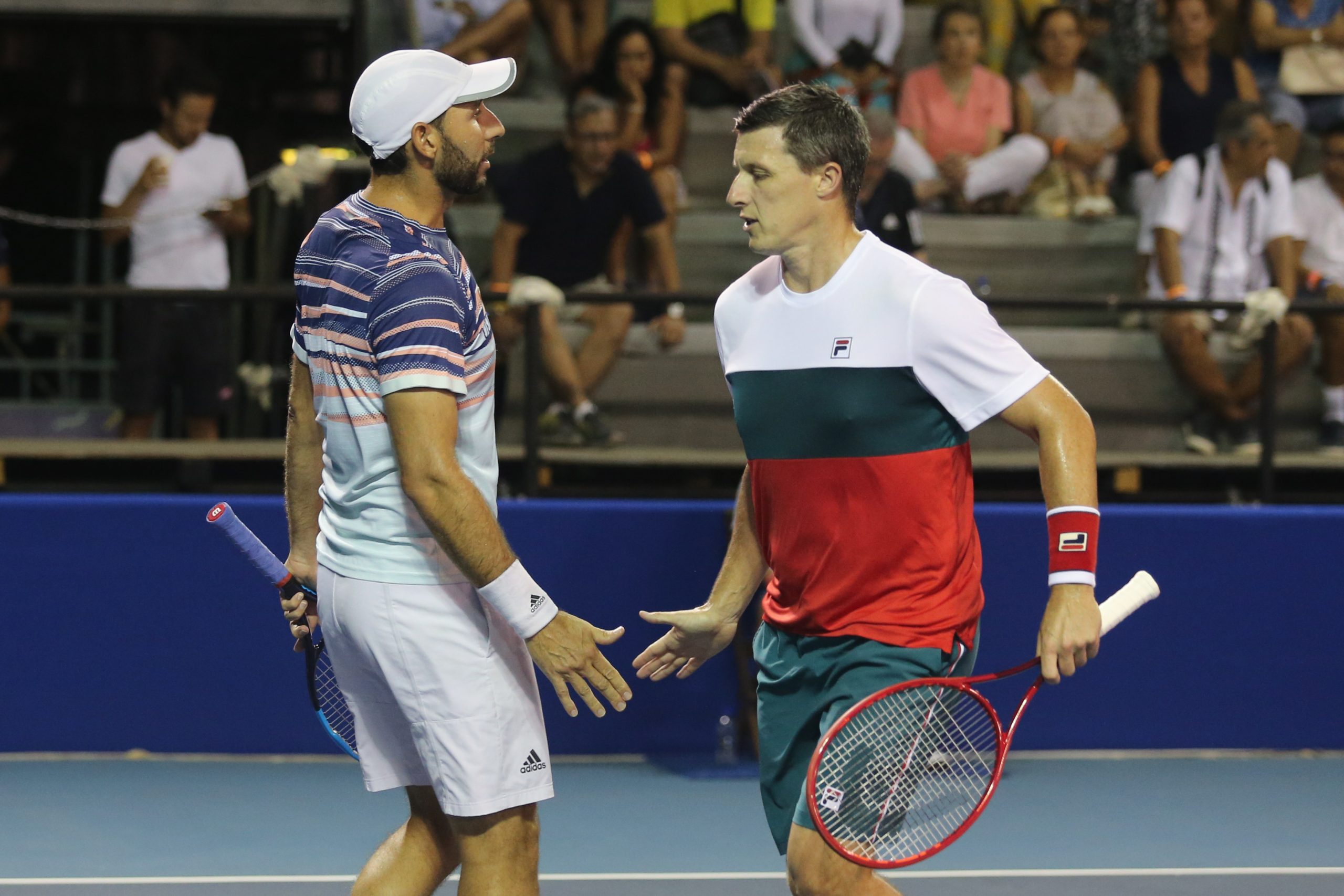 Santiago Gonzalez and Skupski get their revenge on Purcell and Saville

Acapulco, Gro., February 26, 2020.- The mexican Gonzalez and his british partner, Ken Skupski, take their revenge against the australians Max Purcell and Luke Saville, fourth seed, in their presentation of the Abierto Mexicano Telcel, presentado por HSBC.

Santiago and Skupski were very close to losing the match, but they finally came on top with courage and beat the runners up of the Australian Open by 4-6, 7-6 (0), and 10-12, taking revenge for the defeat they suffered in the quarterfinals in Melbourne.

Santiago, who turned 36 this week, recognized that for some moments his rivals played better than them, but at the end, luck was on their side.

“The match looked complicated today, we were one set down, they were serving 5-4 for the match, we held on and then they broke us again, they had 40-30 with two match points, they had everything to win. The truth is that those first two sets, they played better than us, but we didn’t stop fighting, we overcame those two points and in the super tiebreak they came down. We went up and we’re leaving very happy, we took revenge from the match in Australia”, commented the mexican player, who is #43 in the world doubles ranking.

The Gonzalez-Skupski duo will have the serbians Nikola Cacic and Dusan Lajovic as rivals in the second round, who easily defeated the team formed by the canadian Felix Auger-Aliassime and Hugo Nys of Monaco, 6-3 and 6-2.

In other news, the second seed, Lukasz Kubot from Poland, and the brazilian Marcelo Melo reached the second round, with a win in two sets 7-5 and 6-4 against the Spanish couple Marc and Feliciano Lopez.