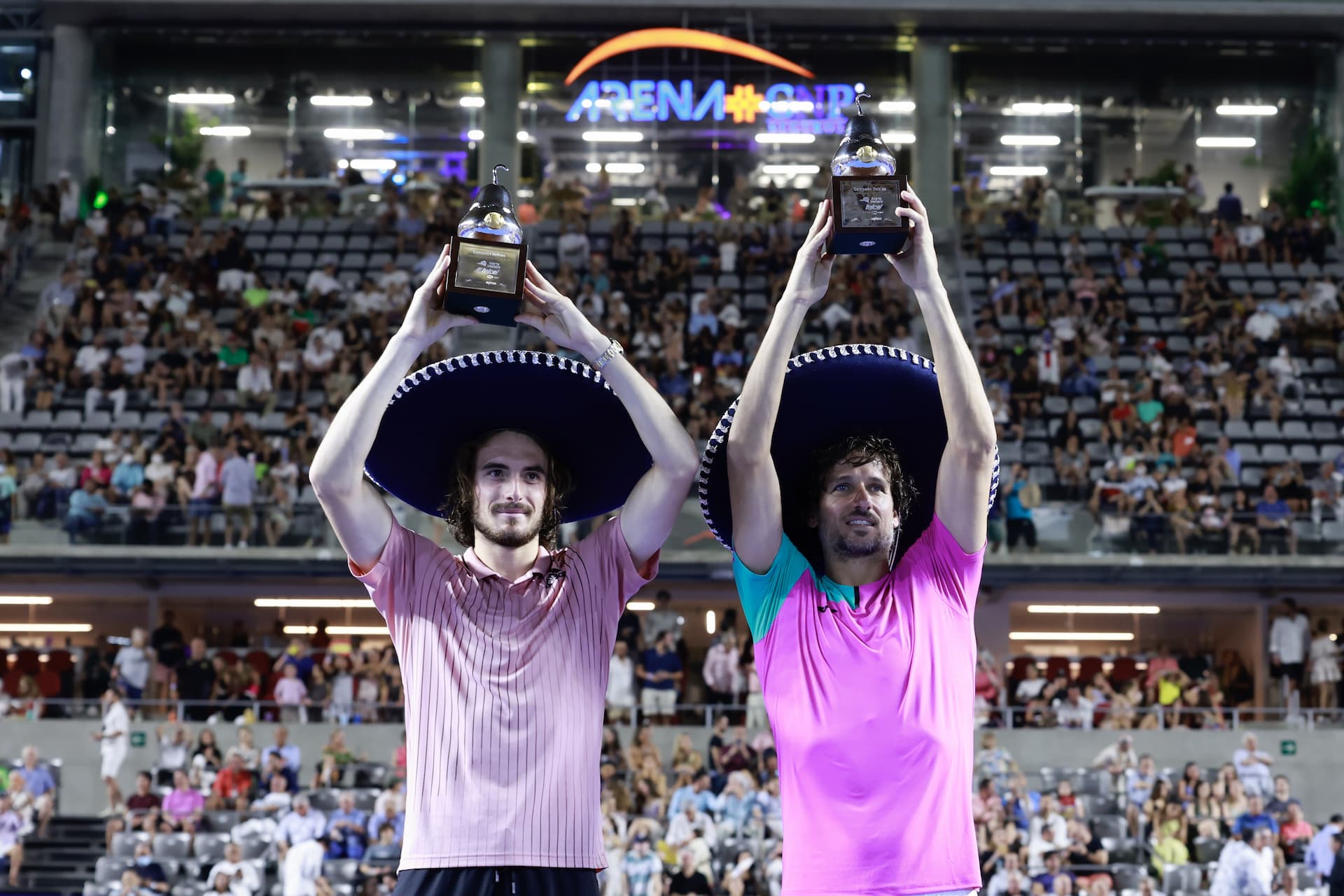 It was the second tournament in which the Greek and the Spaniard were a couple (Vienna 2021), so accepting the invitation of the Tournament was not a waste at all. Getting the ATP 500 title in Acapulco means they had a quick adaptation process, where the experience of Feliciano, winner in doubles of Roland Garros (2016), helped S. Tsitsipas get his very first title in the category.

“Why not doubles? Maybe it will boost my confidence for singles. It was amazing. It’s a good thing we decided to play together. Great excitement for me, and the Mexican fans were an extra bonus” confessed the Greek, who on his possible return to Mexico ensures “First, I have to be healthy, but hopefully I can return to Mexico and play again and again. The tournament is amazing.”

On the other hand, F. Lopez hopes to continue playing with him “Being able to get a title even though we played for just a bit of time is very nice. From the first time we played together in the Laver Cup, we knew we made a great team. He is a young player with an incredible charisma. I consider myself fortunate to know him and play with him.”

The Salvadoran Marcelo Arévalo (4) and the Dutch Jean Julien Rojer also had an outstanding participation in the Abierto Mexicano Telcel presentado por HSBC, however their strategy was not enough of a challenge for them.. They came from being champions this year in Dallas and Delray Beach. Even Arévalo was champion in 2018 in Los Cabos together with the Mexican Miguel Angel Reyes-Varela.

This final broke the attendance record for a doubles match in the tournament.. Feliciano López pointed out the high level of the organizers on an historical and very challenging inauguration of the new venue “The work they invested here for many years is very special. The tournament is so loved by players for a reason, they’ve earned that affection over the years. There aren’t many tournaments like this, with an atmosphere like this. It has a special aura.”

It was his sixth title in doubles and he enjoyed the fans’ love at the Arena GNP Seguros “We must recognize that the tournaments in Mexico are special due to the organization and the people. We like to feel supported, surrounded by people. I think the new stadium has gone a step further. It’s an impressive job.”