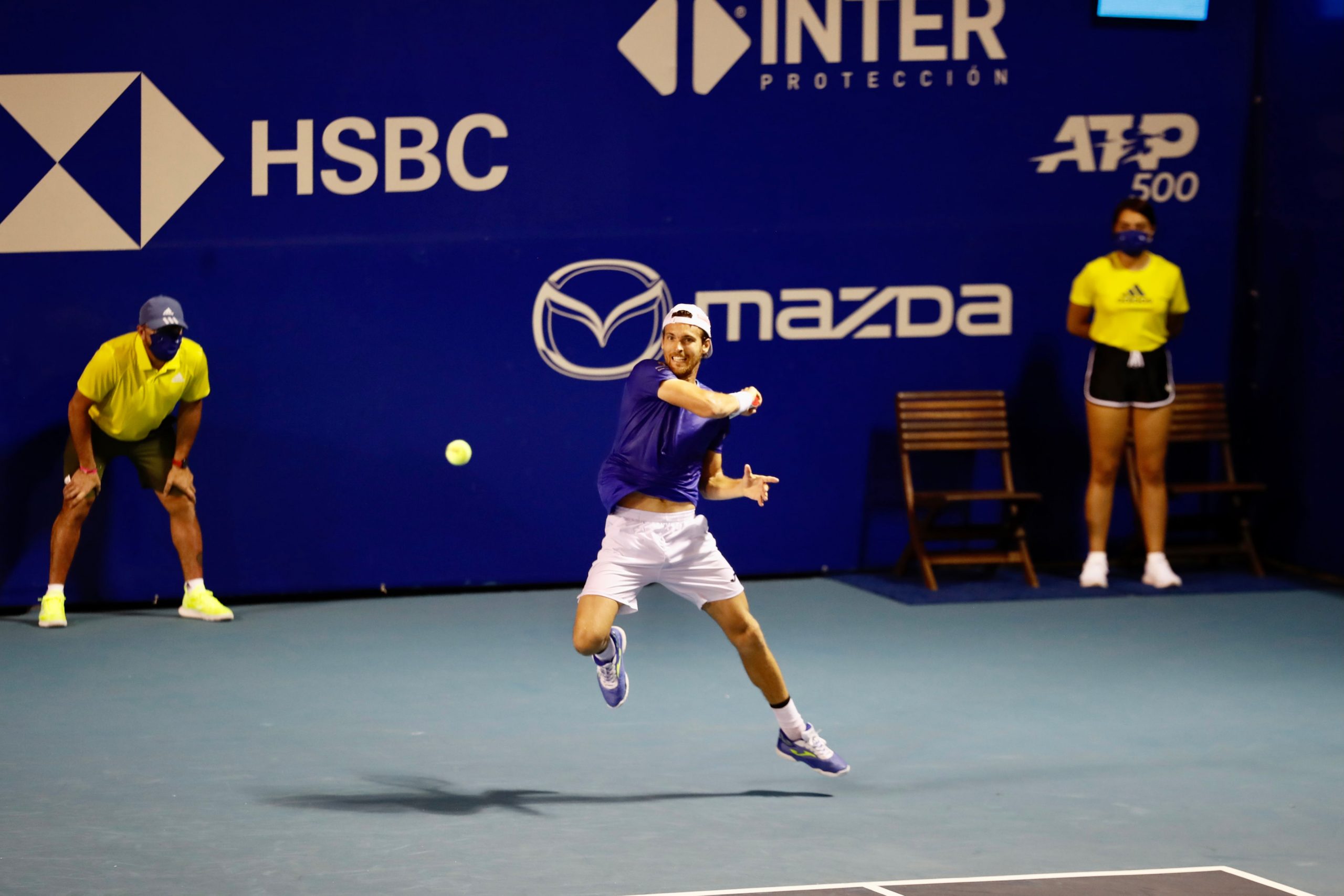 The activities begin in Acapulco

The Grandstand Caliente.mx gathered a large number of fans who attended to support the Mexican Juan Alejandro Hernández (No. 883), who received a WC to the qualification round. Both Hernandez and his rival, the Italian Lorenzo Musetti (No.119), had trouble keeping their serve on the first set. The key for the 21-year-old came in the eight game where he broke the Italian, confirmed his serve and took the first set 6-3.

Despite the support of the fans and the great atmosphere throughout the game, Hernández failed to maintain his rival’s level. Musetti, a 19-year-old promise, took advantage, improved his serve percentage and maintained his serve without complications to win the match in three sets, with a score of 3-6, 6-1, 6-0.

Meanwhile, the young Brandon Nakashima (No.145) was too strong against the Mexican Luis Patiño (No. 920) and beat him 6-2, 6-1 in just over an hour. The 19-year-old will seek to be a step closer towards his second ATP main draw, against the Brazilian Thiago Seyboth Wild (No.124) who left behind the two-meter Serbian player, Danilo Petrovic (No. 159), after three disputed set 6-3, 4-6, 6-4, that lasted more than two hours.

Seyboth Wild, who turned 21 on his arrival in Acapulco, will seek to repeat what he achieved last year at the ATP 250 in Santiago, when he got his first and only title on the circuit.

The doubles also had an exciting match starring the Mexicans Luis Patiño y Gerardo López Villaseñor who lost 6-4,6-7,10-3 against the duo formed by the German Dominik Koepfer and the Australian Artem Sitak.

The match of the day was with two of the circuit’s veterans, the Portuguese Joao Sousa (No. 100), 31 years old and the German Mischa Zverev (No. 280) 33 years old. The older Zverev brother had a slow and complicated serve. The result of four double faults and a very low percentage of 43% in the first serve, Zverev left in Sousa’s hands the first set.

With a lot of intensity on the court and with his younger brother, Alexander, supporting him from the stands, Mischa improved his serve in the second set, and although he made double faults, he made up for them with five aces. The German, who received a WC to the qualifying round, converted one of the six break points awarded to him by Sousa and equalized the match by taking the set 7-5.

The third and final set was just as tight as the first two. Both players managed to maintain their serve until the ninth game, when Zverev broke Sousa’s serve and took a momentary advantage of 5-4.

The Portuguese was not ready to surrender and he recovered the break one game later. He continued with the momentum, took advantage of Mischa’s lack of play, who was only playing his second singles match in the season, and took the third set and the match 5-7, 7-5, 7-5 after more than 2:30 hours of an intense battle.

Sousa will face the American Stefan Kozlov (No. 387), who left behind his compatriot Jordi Arconada (No.527).

The Australian Thanasi Kokinakis (No. 241) had a great game on his return to Acapulco for the first time since 2018. The 24-year-old player, who has had a very complicated year (not because of the pandemic but also because of injuries), defeated the eight seed, the Swiss Henri Laaksonen (No. 134), 6-1, 6-3. He will play against the Dutchman Tallon Griekspoor (No. 154), 24 years old.