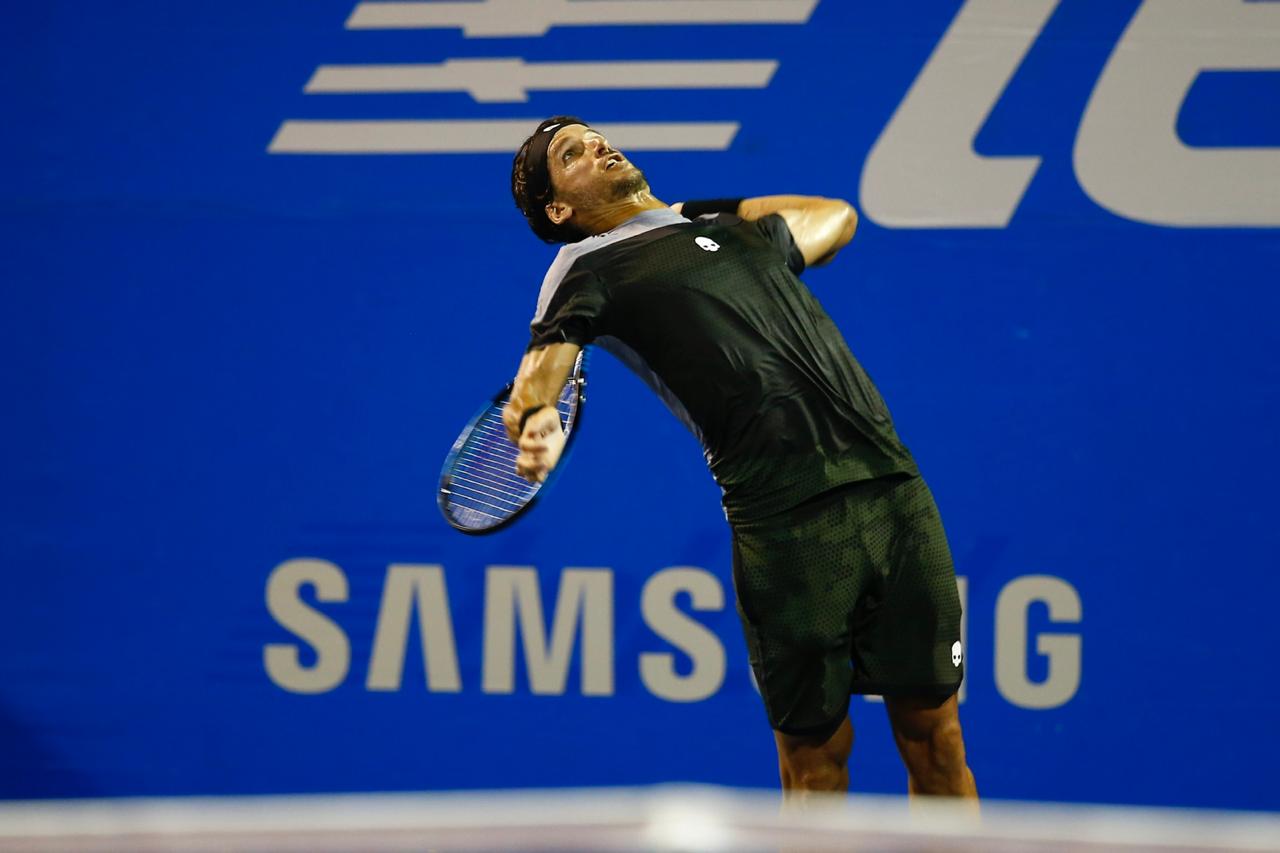 Acapulco, Gro., February 23, 2020. – To speak of Stan Wawrinka is to refer to a man with a huge talent, possessor of an excellent backhand and one of the few privileged players that has managed to conquer three Grand Slam titles at the era of the “Big Four”.

The swiss crowned his effort and perseverance when in 2014 he raised his first trophy, at the Australian Open. With this achievement Wawrinka broke the hegemony that Roger Federer (2004, 2006, 2007, 2010, 2017, 2018), Novak Djokovic (2008, 2011, 2012, 2013, 2015, 2016, 2019, 2020) and Rafael Nadal (2009) maintained in the Australian contest since 2004. The other was Marat Safin in 2005.
In 2015 he conquered Rafael Nadal’s kingdom when he became the champion in Roland Garros, and the following year owned the title at the US Open.
Altogether he accumulated 16 trophies from the ATP circuit, the most recent in Genoa, in 2017, the year in which he had to undergo a knee surgery, after which his results were not the same, that led him to drop to 263 of the world ranking in 2018.
But after 2 years, he’s back in the top 20, ready to play like he did at his heyday.
“I feel good, I came to this tournament ahead of time and I think this might be a good year. I was already in Doha and Australia, this is going to be a long year and I have to be in a lot of tournaments, but overall, I feel good about this”, Stan commented, prior to his participation in the Abierto Mexicano de Tenis Telcel, presentado por HSBC.
From his point of view, one of the reasons why he gradually returns to his level is because he still enjoys a lot what he does. “To maintain yourself you need the right team, focus on the right things, on what you are doing. It’s been several years now on this, the tour trips, but I’m happy to keep playing at this level and keep pushing it forward”.
From afar, Stan The Man values what he has achieved so far, “I have achieved more than I would have thought when I was young; I already have some achievements, but I want to do so much more”, he says.
As of right now, his greatest desire is to win a tournament again, at any level, “because the feeling of raising a trophy is something special”.
It is fundamental do not loose motivation, so if today’s Stan could say something to kid Stan it would be “always love what you do, keep dreaming”.
Wawrinka describes himself as a nice guy; his favorite social network is Instagram and his favorite song is Where the Streets Have No Name, from U2.
As for his debut in the tournament in Acapulco, against Frances Tiafoe, he expects a complicated match “he is a player with great potential, I played against him in Basel (2019) and it was difficult. Now the conditions are different, but it’ll be important to know how I’m doing”.
Until that time comes, he is preparing himself and enjoys what might be a perfect day for him: sun, sea, sand and one of his favorite tournaments.