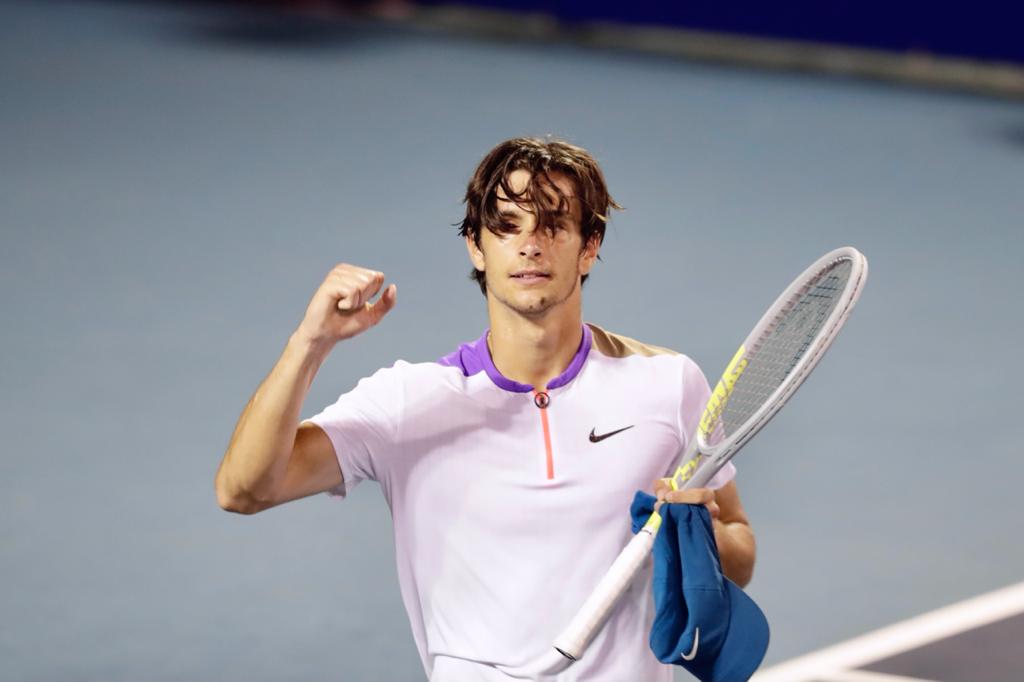 Tsitsipas, Zverev, Auger-Aliassime and Musetti win and they continue to play in Acapulco

The Greek Stefanos Tsitsipas (No.5) continues to provethat he has a very high tennis level in this XXVIII edition of the tournament. The Greek only needed  57 minutes to defeat the American John Isner 6-3 and 6-2, securing his ticket to the quarterfinals where he will face the Canadian Felix Auger-Aliassime (No. 18).

Unlike the four previous matches between the Greek and the American, this time there was no tie break. Before their match in Acapulco, they had played 9 sets, 7 of which were sudden-death.

“Today’s score was better than I expected, I tried to keep my game simple without forgetting to win. I need luck tomorrow, it will be a complicated match”, said Tsitsipas.

The Canadian Felix Auger-Alissime (No. 18), number 1 of the Next Gen, defeated the American Sebastian Korda (No. 92), who is ranked number four among the best junior players in the ATP, in a match that lasted an hour with thirty-seven minutes.

Their experience was important in this match, the Canadian player (who has more matches in the ATP circuit) had a score of 3-0 in the first set in less than 15 minutes from the beginning of the match, that was enough for him to finish the match in 51 minutes with a score of 6-3.

The only wild card still active in the tournament seemed to have found his rhythm in the fourth game, breaking the Canadian’s serve, but that did not discourage Auger-Aliassime who with his serve, defeated his opponent and finished the match 6-3 and 6-4.

When he turned to the Mextenis Stadium’s public, he wore the Mexican National Team jersey as a thank you for the support he has received, also recognizing that it was an extra motivation to win.

His rival for the quarterfinal will be the first seeded, Stefanos Tsitsipas, with whom he expects a great match.

Meanwhile, Alexander Zverev (No. 7) defeated the Serbian Laslo Djere (No. 57), reaching the quarterfinals of the Abierto Mexicano Telcel presentado por HSBC for the third time. After a complicated start, where he was 3-1 below the score, he managed to recover and won 5 of the last 6 games of the first set, finishing it 6-4.

In the seventh game, the number 7 of the ATP broke the Serbian’s serve, an advantage that he did not let go in order to access the next round where now he will face the Norwegian Casper Ruud (No. 25), who defeated the Dutch Tallon Griekspoor (No. 154) 4-6,6-3 and 7-6 (3).

The most exciting match of the day was the one played by Frances Tiafoe (No.64) and Lorenzo Musetti (No. 120). After being tied until the third set, the Italian, who came from the qualifying round, managed to get a score of 3-0 in order to bring the match into a tie break, where he defeated his opponent 2-6,6-3 and 7-6 (1) in 2 hours and 43 minutes.

Grigor Dimitrov (No. 17) will be Musetti’s rival and he will seek his way into the semifinals. The champion of the Abierto Mexicano Telcel presentado por HSBC of 2014 defeated, in less than ninety minutes, the Serbian Miomir Kecmanovic (No. 38) 6-4 and 6-2.

In the doubles round we had four matches where the French Pierre-Hugues Herbert and Nicolas Mahut defeated the pair formed by the South African Raven Klaasen and the Japanese Ben McLachlan with a double 6-4. France’s Benoit Paire and Serbia’s Laslo Djere will be their quarterfinals rivals after they defeated the American Austin Krajicek and the Croatian Franko Skugor 2-6, 6-3, 10-6. The Mexican Santiago González, together with the Brazilian Marcelo Demoliner, debuted in front of the pair formed by the German Dominik Koepfer and the New Zealander Artem Sitak, where they won 7-5,4-6 ,1-0 (8). In the quarterfinals, they will face the duo formed by the American Rajeev Ram and the British Joe Salisbury. The American and the British defeated Grigor Dimitrov and Tommy Paul 6-4,3-6,1-0(8).