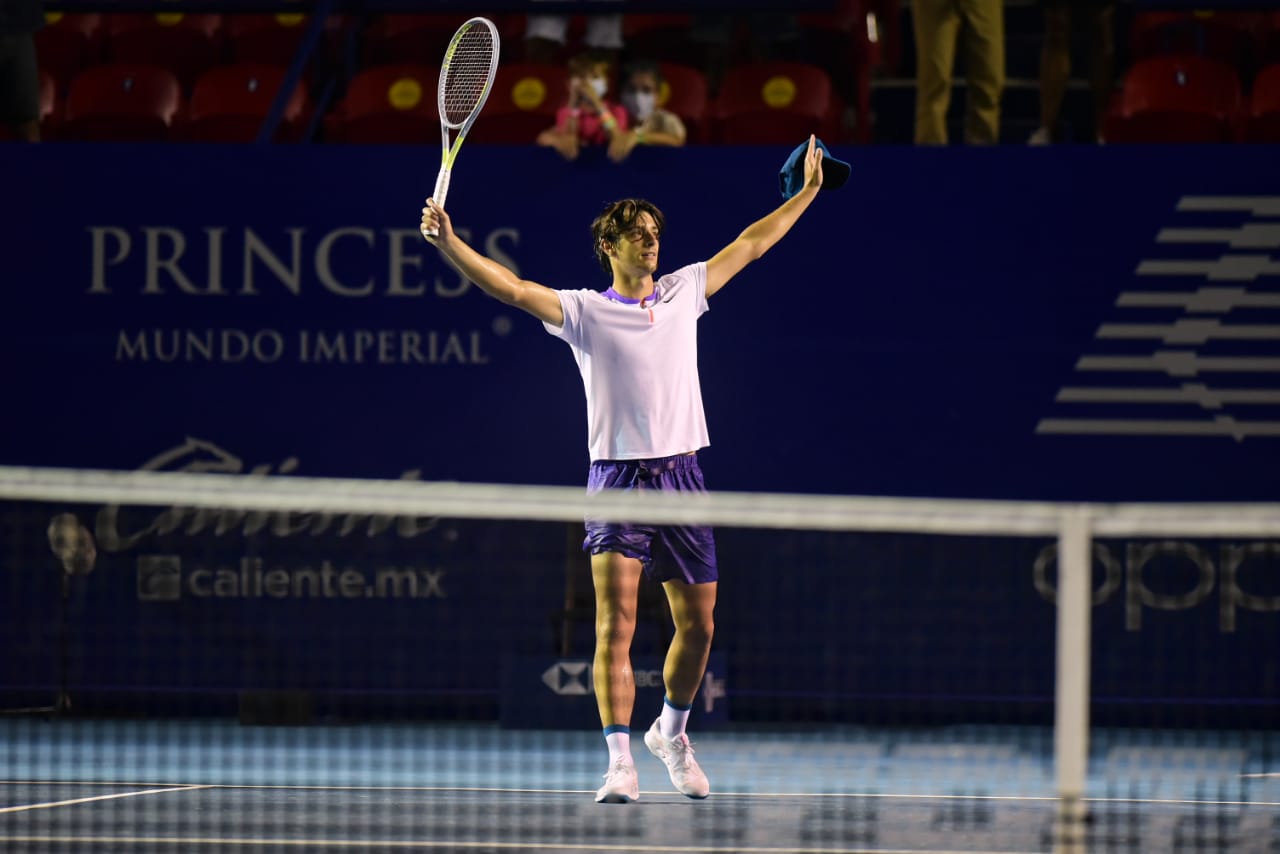 Zverev, Koepfer, Tsitsipas and Musetti are all semi-finalists of AMT 2021

The quarterfinals of the Abierto Mexicano Telcel presentado por HSBC began with the German Alexander Zverev (No.7) who immediately got to the semifinals of this edition after his rival. the Norwegian Casper Ruud (No. 25), retired due to an injury.

Ruud was having some discomfort on his right wrist which did not allow him to train well, he felt a constant pain which caused him to retire.

Zverev, second seed of the tournament, will play his third semifinal of the Abierto Mexicano in only four participations. His balance in semifinals it’s one more victory for him against Cameron Norrie in 2019 and a loss against Juan Martin del Potro in 2018.

His rival will be his compatriot Dominik Koepfer (No. 71), who managed to defeat the British Cameron Norrie (No. 61) in an hour forty-nine minutes. It was a pretty even match so getting a break and keeping it became very important. In this case it was Koepfer who managed to win this round for the first time in the year.

Zverev will seek his second final in the Mexican tournament after the one he achieved back in 2019 where he lost to Nick Kyrgios, while Koepfer will try to reach the first final of his career.

Stefanos Tsitsipas’s (No.5) passion towards the Mexican tournament continues. After only two hours of play, the Greek got his semifinal ticket during his first participation in the tournament.

The best player of this edition had to recover from a bad start where he began the tournament with a 0-2. It was in the seventh game where he managed to recover the break and equaled the score until the twelfth game where he again broke his rival and ended up winning the first set 7-5.

In the second set Felix Auger-Aliassime (No. 18) was already winning in the third game, an advantage that he did not lose at any time. His 6-4 on the scoreboard created a third set against the Greek player. Both refused to give up their game in the match, but in the eighth game, Tsitsipas broke his opponent’s serve and finally closed the match and secured his presence in the semifinals against the Italian Lorenzo Musetti.

With only 19 years old, Musetti (No.120) is unstoppable in the tournament and this time he defeated the Bulgarian Grigor Dimitrov (No.16), fifth seed, with a combination of experience, resistance and big hits.

During the 2-hour match, the Italian player (and sensation of the tournament) proved that he knows how to keep a calm mindset at important moments as well as not losing concentration even when he is below the score. The sets for the Italian promise were 6-4, 7-6(3), who will play against Tsitsipas for a ticket to the final.

In the doubles draw, the first seeded, Marcel Granollers and Horacio Zeballos, had a complicated start that made them go down the first set by 5-7. Supported by a solid serve, they managed to score the second set by 6-2; in the super tie break they defeated the Australians Luke Saville and John-Patrick Smith 10-8. His rivals in the semifinals will be the French Pierre Hugues Herbert and Nicolas Mahut, this is their first participation in the tournament and they are only one match away from the final after defeating Benoit Paire and the Serbian Laslo Djere 6-4 and 6-1.

The brothers Neal and Ken Skupski needed three sets in order to defeat the champions of 2017 and 2018, the pair formed by Jamie Murray and Bruno Soares, by 6-3,3-6,12-10. After defeating the second best-ranked pair of the tournament, the British will play against Rajeev Ram and Joe Salisbury for the ticket to the final.

Ram and Salisbury defeated the Latin couple formed by the Mexican Santiago González and the Brazilian Marcelo Demoliner 4-6,6-3,10-7.