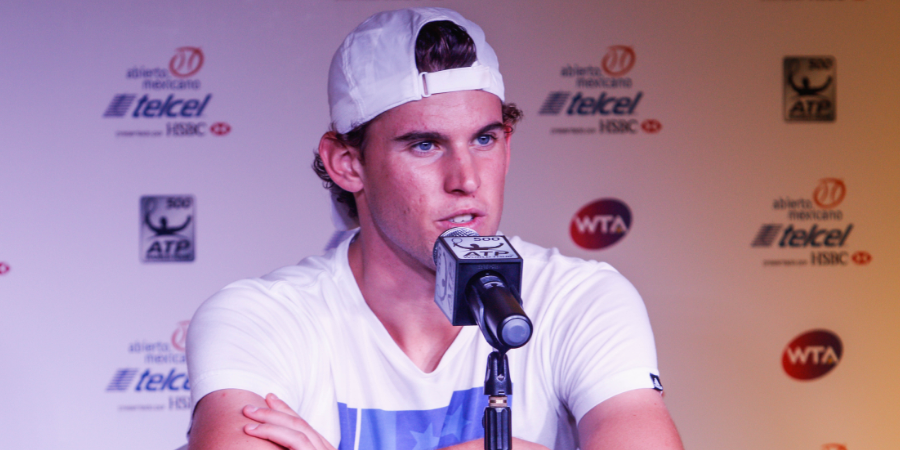 Just one day after conquering the Rio Open Title and exactly one year after proclaimed the throne in Acapulco, Thiem answered some questions in the press conference of the Abierto Mexicano de Tenis Telcel sponsored by HSBC before his opening duel against Frenchman Gilles Simon.

Thiem currently holds eight titles, two of them ATP 500 –Acapulco and Rio. The player set a day aside to rest after winning in Rio de Janeiro “I was in the ceremony and the next moment I was eating dinner while waiting for my flight to Mexico. I haven’t had much rest but I feel in shape to play tomorrow”, said Thiem.

The press questioned Dominic wondering if he felt confident with Novak Djokovic and Nadal in the contest this time around and ready to win the Acapulco title again. Thiem acknowledged that it will be a harder fight to maintain the title and points with Nadal Goffin, Novak and Del Potro in a challenging main draw.

“Spanish is a beautiful language but I haven’t being able to learn it, I don’t have much free time to learn languages, maybe in a few years I will be able to” replied Thiem after being questioned about his proficiency of the language.

The Austrian player started this current week ranked 9 and recalled that this time last year he was the leader of the Race to London tournament and was what catapulted him to the ATP World Tour Finals for the first time, “it was great to be next to the world top ten, I am very proud about it but it is also very demanding and I have to work very hard to stay in that position during the next years”.

When being interrogated about his favorite soccer team, Thieminho wished Chelsea makes it and wins the Premier League title.

AMT will be back

Dear fans, sponsors and the media: I address you with great enthusiasm on the same day that the ATP Tour…

Acapulco, Gro., February 29, 2020.- The colombians were unable to take the trophy at the Abierto Mexicano Telcel, presentado por…