Mexico City, December 5, 2017.- While the Telcel Mexican Open (TMO) presented by HSBC, works on the preparations for the 2018 edition, which will celebrate the tournament’s 25th anniversary, the good news, awards and congratulations continue to pile up in Acapulco thanks to the quality brought to the event in the recently concluded 2017 season.

Just a couple of weeks after receiving the award for Best ATP 500 Tournament from the ATP World Tour, the TMO was voted and chosen by the WTA Tour players as the Best WTA International Tournament of the year.

After winning the same prize in 2013, the WTA changed its format in 2014 and divided its categories by regions, which made it possible for the TMO to win America’s Best WTA International Tournament award for three consecutive years (2014, 2015 and 2016). Nowadays, the highest body of women’s tennis has reduced its awards to four categories: WTA Premier Mandatory (BNP Paribas Open at Indian Wells), WTA Premier 5 (Internazionali BNL d’Italia in Rome), WTA Premier (Porsche Grand Prix in Stuttgart) and WTA International (Abierto Mexicano Telcel, presented by HSBC, in Acapulco).

In this fashion and with a new award under the belt, the TMO will add an eleventh recognition by the WTA since its integration to the WTA Tour in 2001, and also becomes only the second tournament so far that, having male and female participants, receives in the same year prizes awarded by both the ATP World Tour and WTA.

Previously, the only tournament that had won awards in both circuits during the same year was Indian Wells (Masters 1000 and Premier Mandatory).

“Ever since we incorporated the women’s tournament into the TMO in 2001, our relationship with the WTA and the players has been spectacular,” said Raul Zurutuza, Mexican Tennis Open director. “The tennis players and the WTA representatives enjoy the quality of the event, the public’s welcome, and the hand-to-hand experience they have with the mexican culture. On behalf of Grupo Pegaso and as tournament director, I am very grateful for having chosen us once again as the year’s best WTA International.”

With the 2017 season officially concluded, the Mexican Tennis Open is finalizing the details on how to celebrate its next edition in 2018 within the framework of its 25th anniversary, and with the recently obtained awards, Zurutuza says that this is just the beginning of a new chapter for the tournament he has managed successfully since 1993.

“It was a very special year for the Mexican Open. From the start we set out to put together an unforgettable tournament and today I can say with great pride that we achieved it. The awards we have received in these recent weeks are a recognition of the effort of the organizing committee, all the hours delivered by staff and volunteers, the sponsors’ support and, above all, the fans’ loyalty,” said Zurutuza.

“But 2017 is now behind us and today we are already working on our next edition. Did we set the bar very high? Yes, but it is precisely these challenges that motivate all those involved to improve ourselves year after year, and I am sure that the TMO 2018 will be the beginning of a chapter with many achievements to come. “ 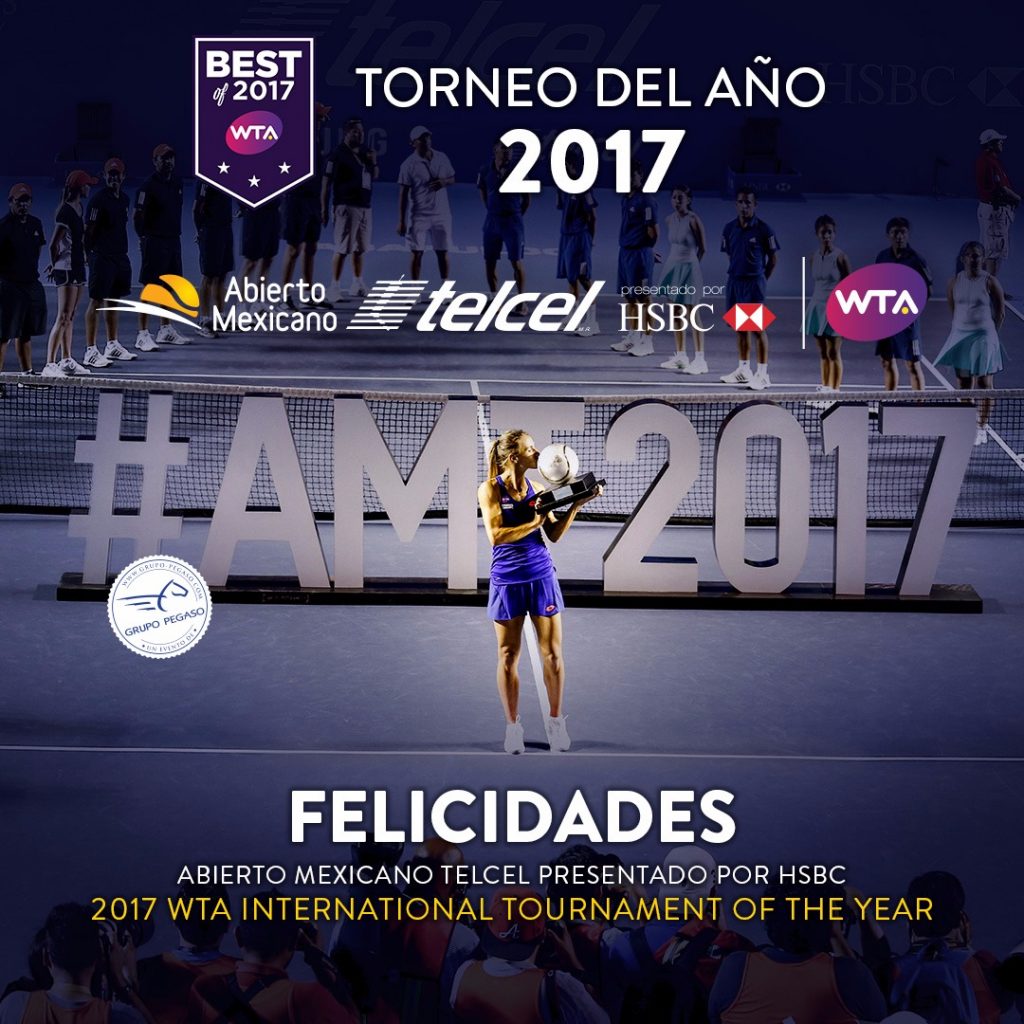 Peruvian Luis Horna and his dream week in Acapulco 2006

Jiri Novak was th third champion of the tournament

Francisco Clavet, the Spaniard who uncovered titles for Spain in the AMT

IT´S IMPORTANT TO READ THIS DOCUMENT IN DETAIL BEFORE STARTING THE ACCREDITATION PROCESS.

The accreditation for national and international media must be done through the website from January 9th, 2023 until February 10th, 2023. It´s important to mention that under no circumstances will media applications be received after the closing date.

All applications for national and international media accreditation must comply with the following requirements established by Mextenis:

Once you have pre-registered online, you will receive a confirmation email with the information (address, date & time) and details to pick up your accreditation. You will need to present an official ID.

Pre-registration does not guarantee that your application will be accepted.

Websites that are associated with any other print, television or radio media that have previously applied for creditation may be credited proven they meet the necessary requirements.

A maximum of one (1) web journalist without a photographer may be credited. A website (imagenshop.com) will be available for downloading graphic and audiovisual content during and after the event. This material can be downloaded free of charge and will be available to all.

The applicant must submit audited traffic data of the last two years (expressed as unique IP addresses per year).

Only one (1) reporter will be credited.

Television networks wishing to be credited must comply with the following regulations:

(1) reporter and (1) photographer shall be credited.

(1) reporter and (1) photographer will be credited.

Once the registration is correctly completed, you will receive an email notification confirming that the data was received correctly and that the application is in the process of approval.

If your application is approved, you will receive an e-mail with an ONLINE PRE-REGISTRATION CODE (this code is personal and non-transferable, since it has particular accesses and must match the name of the application or applicant).

This code must be entered in a link that you will receive with your confirmation email to complete the registration process and receive your accreditation letter, which will indicate the date, place and time you will have to pick up your accreditation.

Creditations will not be issued after the date indicated.

The Press Room will be operating from Saturday, February 25th from 11:00 a.m. until March 4th, 90 minutes after the end of the event.

The press room will be equipped with:

Photographers’ and cameramen’s badges will be handed out in the press room.

There will be a website (www.abiertomexicanodetenis.com) for which both credited and non-credited media will have access to download content, graphic and audiovisual material before, during and after the event. The material available will be free of charge for all media.