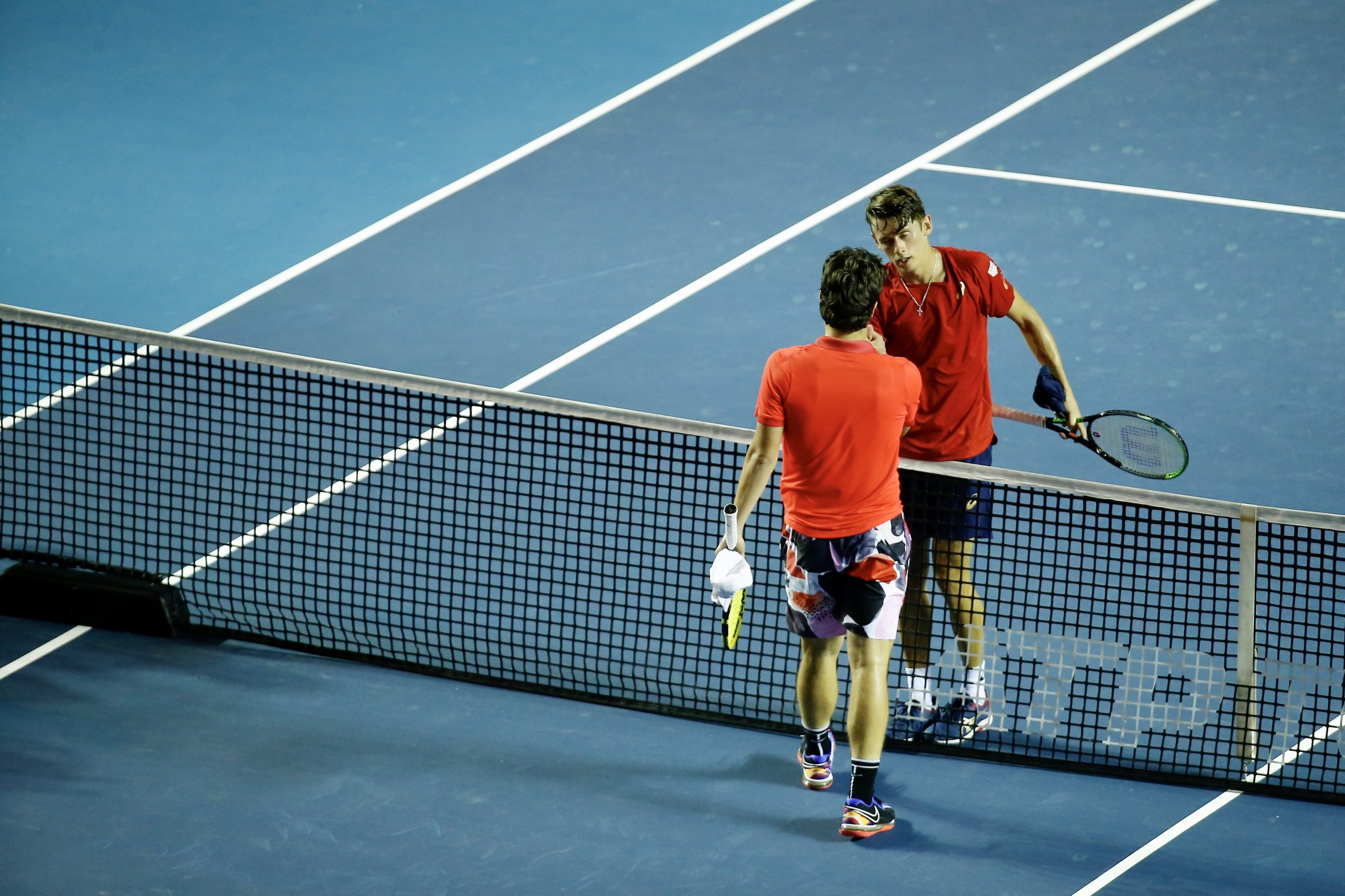 Acapulco, Gro., February 24, 2020.- Serbian Miomir Kecmanovic came from behind to defeat the australian Alex de Minaur and moved forward to the second round in the Abierto Mexicano de Tenis Telcel, presentado por HSBC.

In his first appearance in Acapulco, Kecmanovic overcame a negative start. After a good serve and powerful returns, he defeated Alex by 3-6, 6-4, and 6-3.

With only 20 years of age and #50 in the world ranking, Kecmanovic showed confidence against his opponent, who appeared to be the favorite in the main stadium because of his best ranking (25), the european was not intimidated by the ranking.

The only past meeting among these young tennis players was in “The Next Gen ATP Finals” from last year when De Minaur won in four sets.

In the initial set, the australian (only 21 years old and currently number 25 in the world) stroke first since he managed to break the service of his opponent in the fourth game, but Kermanovic recovered the next game immediately when Alex sent back a ball by the base line when the score was 15-40.

In the next two games, they both held their serve until the eight game when De Minaur managed another break to keep the set.

The second set passed evenly. Kermanovic made the desired break to force a third set, in which he saved two break points in the seventh game and in the next one he broke Alex’s serve to take the lead and then ensure the win with his serve.

Now, the serbian awaits the next winner of the match between Rafael Nadal and Pablo Andujar (both from Spain) that will take place on Tuesday. This year he reached the semi-finals round twice (at the tournaments in New York and Doha).

In another first round result, Tommy Paul was the winner of the match against Mackenzie McDonald by 6-7 (4), 6-4, and 6-4. Paul and McDonald (both americans) had never faced each other before.

In his last participation in Acapulco, Paul was eliminated in the first round (2016).