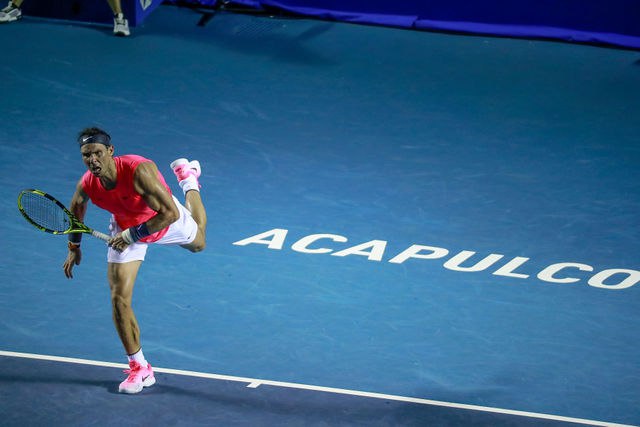 Rafael Nadal, current number 5 in the world, will be part of one of the best

draws in the history of the Tournament, a highly competitive draw made of 5

top-ten players in the world. Rafa, must face tennis players with a great level, such as the Russian Daniil Medvedev (No. 2), the German Alexander Zverev

“Rafa is very adored by the Mexican fans, and he has a very important history with our tournament. It is indeed a celebration to have him here this year along with other Top players. There is no doubt that there will be memorable matches in the premiere of the Arena GNP Seguros. We are about to take one of the biggest steps in the evolution of this tournament, and with these players, we cannot ask for more,” said Raul Zurutuza, director of the Abierto Mexicano Telcel presentado por HSBC.

After his absence in 2021, the Spaniard will return to Acapulco with the firm objective of being crowned tetra-champion of the best tennis tournament in Latin America, an achievement obtained only by Thomas Muster and his compatriot David Ferrer (in the male branch). Nadal raised his first trophy of the Abierto Mexicano Telcel presentado por HSBC, on a clay surface in 2005 with barely 18 years, he fell in love with the Mexican public. He repeated his glory in 2013 against Ferrer and in 2020 against the American Taylor Fritz on the hard court. Nadal holds a 20-2 record at the Abierto Mexicano Telcel presentado por HSBC, as well as the youngest champion with 18 years (2005) label, and oldest champion with 33 (2020).

Although the Spaniard had to leave the courts during the last five months of the previous season to treat a left foot injury and tested positive for COVID-19 back in December, he is back and in a renewed mood for the 2022 season. He started the year with the right foot, he gained confidence in the Melbourne ATP 250 tournament which he won in the first Grand Slam of the year. That makes 19 consecutive seasons, raising at least one trophy in his amazing career. For the same reason, Nadal left as one of the favorites at the Australian Open.

Rafael Nadal, known as one of the best tennis players in history, is

champion of 20 Grand Slam tournaments, he has at least 89 titles on the ATP tour,