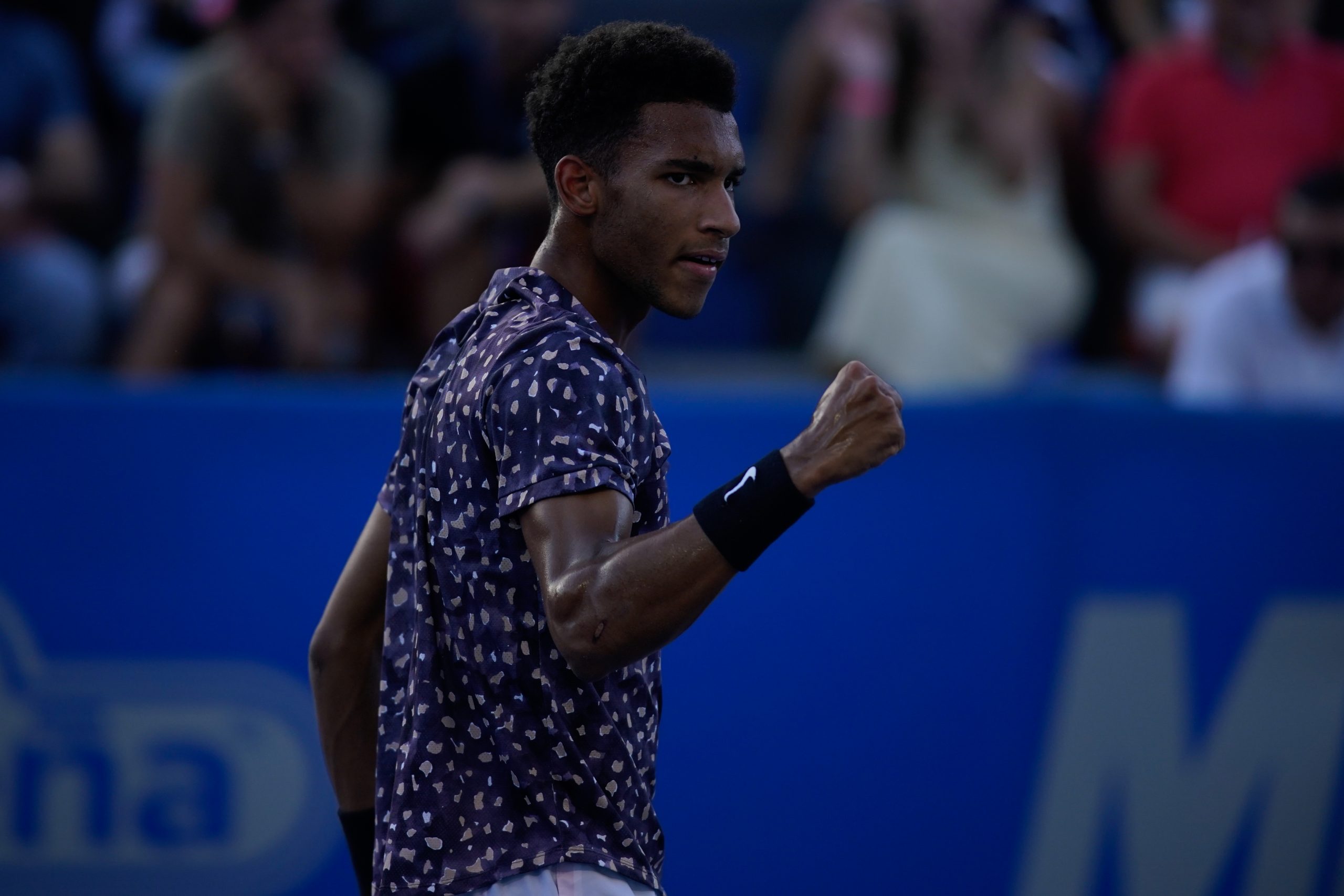 Acapulco, Gro., February 25, 2020.- The canadian Felix Auger-Aliassime remains focused. After being a finalist in the Marseille tournament, the young man changed his state of mind so he could play under different conditions. He scored his first win at the Abierto Mexicano de Tenis Telcel, presentado por HSBC, by eliminating the australian Alex Bolt by 6-3 and 7-6 (5).

It was the second victory of the fourth seed in Acapulco against Bolt, who he also overcame in the Adelaide tournament last month.

“My serve was very helpful today, they’re different courts, different balls. I just arrived yesterday. I trained and I tried to maintain my consistency on my serve and today things went well”, said Felix.

The Grand Stand Caliente summoned a considerable number of people who were eager to see that 19-year-old boy who is ranked #19 in the world, all thanks to his great talent.

Auger-Aliassime did not give any signs of tiredness due to his long journey, he was left with the first set of 6-3 against Alex Bolt (#127 in the world), who entered the main draw as a “lucky loser”.

In the second set, Bolt made things a little more complicated for the canadian, who endured the attack and was able to keep his ticket for the second round in the tie break.

Felix, being so young, explained how he has managed to keep his mind focused during the matches. “It wasn’t always like that, sometimes I feel frustrated and I’m close to exploding, but I’ve worked really hard to control myself”, he said.

In the second round, the canadian will play against Kyle Edmund.

The korean Soonwoo Kwon also got his pass to the last sixteen by defeating the japanese Taro Daniel by 6-2, 2-6, and 6-3 after almost two hours.

Kwon will compete in the quarterfinals against Dusan Lajovic (eighth seed), who beat the American Steve Johnson by 6-7 (5), 6-4, and 6-3.