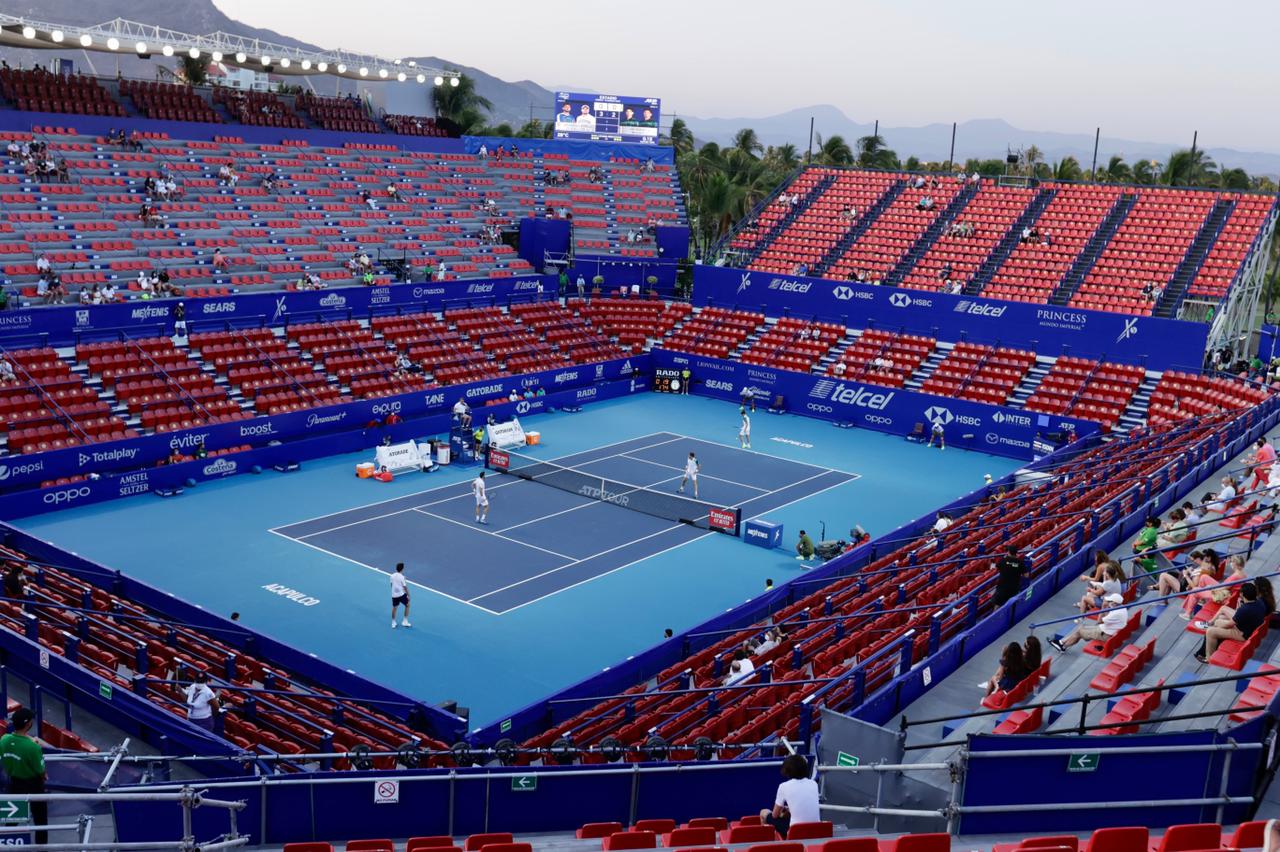 The doubles final of the XXVIII edition of the Abierto Mexicano Telcel presentado por HSBC has already the two couples that will play the match in order to win the title of the tournament.

After taking few weeks off, since falling in the first round of the Australian Open, the Spaniard Marcel Granollers and the Argentine Horacio Zeballos reached their first final of the year.

In the semi-final against France’s Pierre-Hugues Herbert and Nicolas Mahut, champions of the 2019 Nitto Finals, they managed to keep their rhythm displayed throughout their participation in the tournament. Supported by their serve and with a very fluid game, they advanced to the final of this edition.

It was until the sixth game of the first set when the couple, the first pre-classified of the tournament, managed to break Herbert’s serve in order to score 4-2, advantage that a game later consolidate with the  Spaniard’s serve and number 13 in the doubles ranking. They would end up closing the first set with the Argentine’s serve 6-3.

In the second set, they tied at 3-3 but in the seventh game and with the Frenchman Mahut’s serve, the Spanish-Argentine couple broke for 4-3 and although they won the next game, they were not able to close the match with the Argentine’s serve, causing this set to go to a tie break that benefited the couple formed by Granollers and Zeballos.

With a score of 6-3 and 7-6 (6), Zeballos and Granollers outperformed last year’s result when they fell in the first round. Achieving the title in Acapulco would be the first for them in 2021 and fifth title as a couple.

The second finalist couple of this edition is formed by the British brothers Neal and Ken Skupski, who defeated Rajeev Ram and John Salisbury (fourth seed in the tournament), in the semifinal.

In the first set they did not give time for their rivals to react when they broke their compatriot Salisbury’s first serve of the match, they took advantage to win the first set by 6-4.

In the second set, the game between the two couples were matched and it was until the sixth game when the Skupski brothers would see their rivals take over Neal’s serve and then Salisbury defended his serve to place himself 5-2, but that difference disappeared when in the ninth game they broke Rajeev Ram’s serve and held their serve for the 5-5.

The score kept tied for the rest of the match, forcing the two couples to decide the winner of the second set in the tie break, which was taken over by the British, who, like their rivals in the final, will seek their first title of the year, their third one as partners after Montpellier in 2018 and Budapest in 2019.

It will be the first time that these two couples face each other, although in the 2020 edition of Roland Garros, Neal Skupski teaming up with Jamie Murray defeated th ecouple formed by Zeballos and Granollers. If the Skupski’s brothers win, they would be the third couple of brothers to raise the champions’ title after the brothers Mike and Bob Bryan (2002 and 2004) and Alexander and Mischa Zverev (2019).