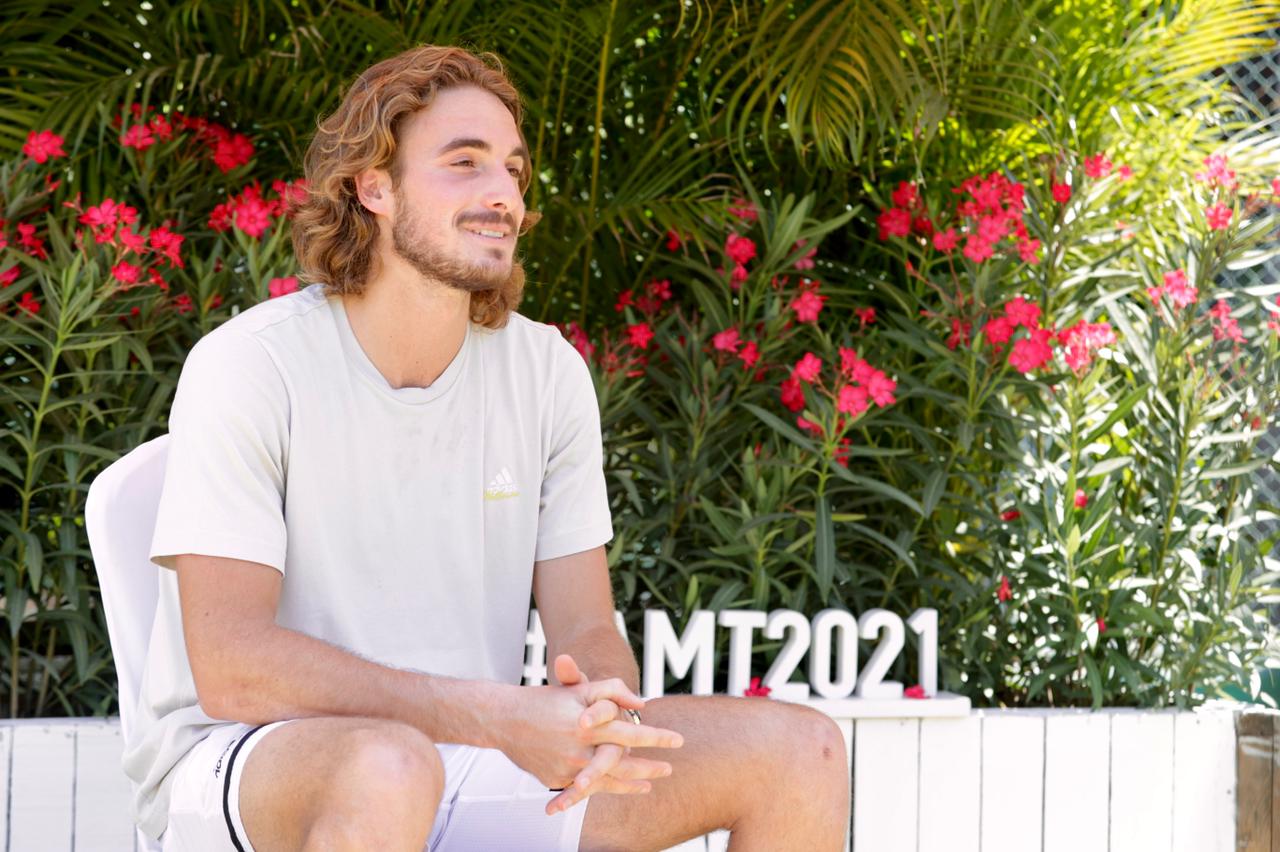 Mexico is a special place for Tsitsipas

The Greek Stefanos Tsitsipas (No. 5), who will play for the first time in the Abierto Mexicano Telcel presentado por HSBC, thought that the atmosphere in which the Acapulco ATP 500 is held is refreshing for him since he just spent 16 days isolated while he participated in the indoor tournaments in Rotterdam and Marseille.

“I enjoy this way more than being stuck in a city where I’m not allowed to go outside the hotel. I was isolated for 16 consecutive days, definitely getting to Acapulco is something different and refreshing”.

The first seed of Acapulco’s ATP 500 had a long journey of 23 hours from Marseille to Mexico, and he did not waste any time trying to adapt to the heat, humidity and “to respect all conditions that’ve been so different from those of the past weeks”.

Mexico is a special place for Tsitsipas, winner of five titles on the ATP Tour. Only six years ago, in the junior tournament in Merida, Yucatan, his dream of being a professional tennis player began.

“Mexico City’s Grade A and the Merida Open were my first international trips I took with my dad to compete. After Mexico, I reached the final of the Orange Bowl, my first positive result in tennis. So, Mexico is the place where it all started for me, where my dream and my goal to be a professional began”.

The 22-year-old has come a long way. He won his first trophy at the end of 2018 in Stockholm, but it wasn’t until 2019 that he started grabbing the spotlight. He entered the semifinals in the Australian Open and won three of the five titles, including the Nitto ATP Finals, where he surpassed Daniil Medvedev, Roger Federer, Dominic Thiem and Alexander Zverev.

In addition to conquering Acapulco this week and raising his first trophy of the 2021 season, Tsitsipas wants to win a Grand Slam. In the last two majors, Roland Garros and Australian Open, he reached the semifinals, but he needs to work on his confidence in order to get the long-awaited title.

“I’m so close to the Grand Slam finals. What I lack is a little more experience and confidence when it comes to facing these players in these types of matches. I must focus on enjoying the moment and not feel so pressured by the dream of winning a Grand Slam”.

While we wait for that victory, the world’s fifth tennis player will do everything in his power to win the trophy in Acapulco. The first player he has to defeat in order to achieve this goal will be the Frenchman Benoit Paire (No. 31). The match is scheduled for Tuesday, time TBA, at the Estadio Mextenis in front of the 3,000 fans who will attend to meet the young tennis idol.