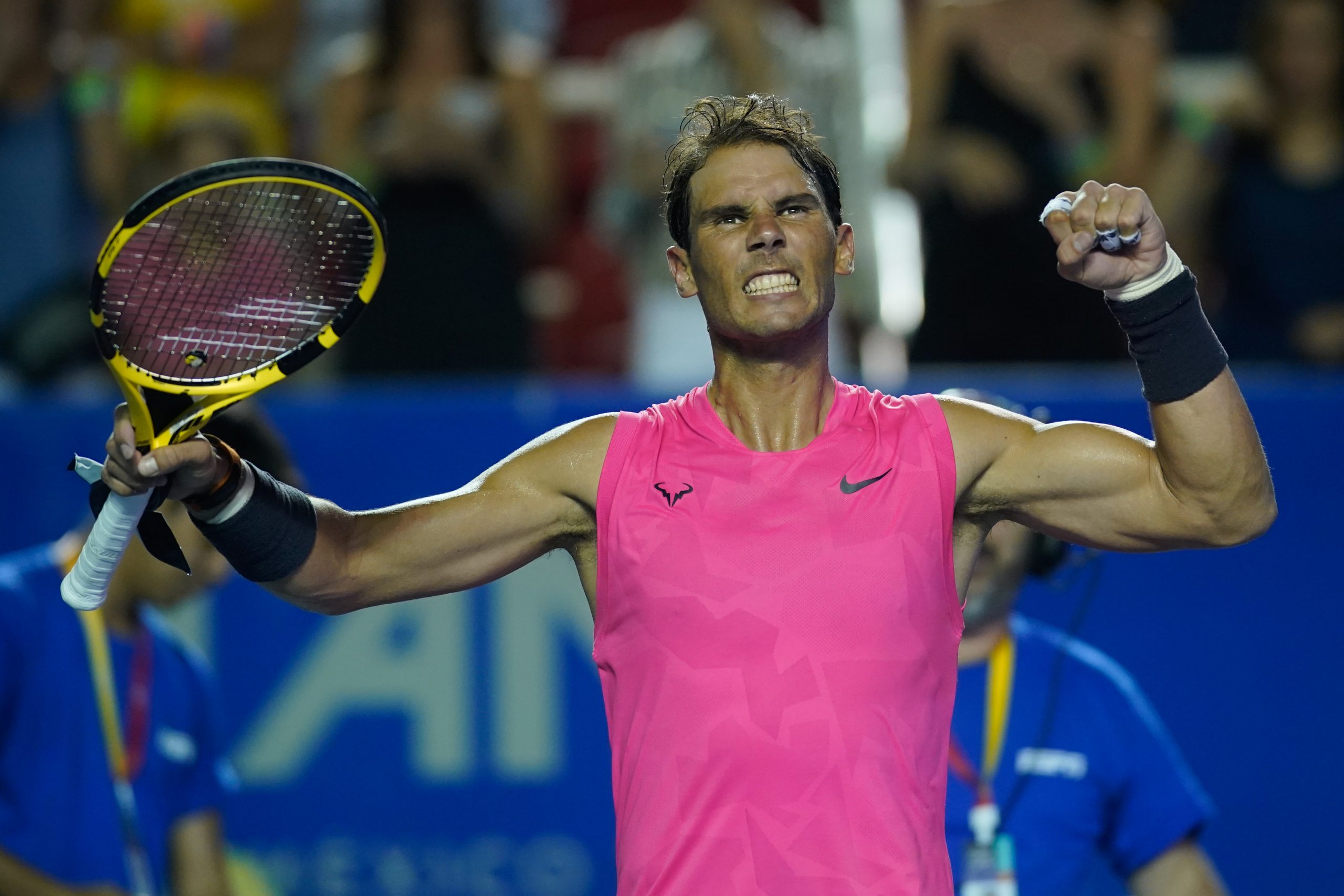 Nadal gets his ticket to the quarterfinals in Acapulco

Acapulco, Gro., February 26, 2020.- Rafael Nadal keeps amazing the crowds at the 27th edition at the Abierto Mexicano Telcel, presentado por HSBC, and with his tenth win of the season, he got himself into the quarterfinals by defeating the serbian Miomir Kecmanovic (50-ATP).

Playing with a lot of intensity, the spaniard won by 6-2 and 7-5 to a rival who is 13 years younger than him, this was their first encounter. The match got one-sided form the beginning when Nadal broke the serbian in two occasions.

The second set was very even with an exchange of breaks. The spaniard had the chance to close the match at 5-3 and his serve, but he couldn’t do it and the match lasted a little bit more. It was Nadal’s 17th win in Acapulco with only two defeats. In quarterfinals, the number 2 player in the world will meet against the surprising corean Soonwoo Kwon, who already took out a seeded player, the serbian Dusan Lajovic (eighth seed).

“I played a great first set and the start of the second set was also good; it had a special value because in front of me I had a player with a great level, the reality is that he also started playing much better; I didn’t take the advantage at 5-3 serving for the match, but everything else was pretty good”, said Nadal, who also gave his opinion about the new Acapulco complex to be opened next year, if it can be a Masters 1000.

“I don’t want to disappoint you, but I want to be realistic, that is very hard because all Masters 1000 are well established and I don’t know which one of them is going to give it up to Acapulco. I would love to see Latin American get a Masters 1000, and I would love to help make that happen, but we don’t have to mislead anyone and it’s very complicated. Acapulco has a fantastic 500 tournament, it has been named the best one for several years, players want to come here. It’s a very special tournament because of many factors, but Mexico has to be very satisfied for having a tournament like this; it is true that everybody wants more, but acquiring one is very complicated, they are not cheap”, he said.

In other news, the swiss Stanislas Wawrinka, third seed, played for an hour and a half to win his second match of the week in Acapulco. “Stan the man” defeated the spaniard Pedro Martinez 6-4 6-4 and put his name in the quarterfinals.

With a high percentage of points won with his first serve (90%), including 9 aces, Wawrinka stood his ground against the 22-year-old young Spaniard. In total, Stanislas, who is the 16th ranked player in the world, broke his rival’s serve in four occasions.

In the round of quarterfinals, Wawrinka will look for his pass to the semifinals when he faces a very attractive match against the Bulgarian Grigor Dimitrov, to whom he has played 11 times before with 7 victories and 4 defeats (the last 5 wins have been consecutive).