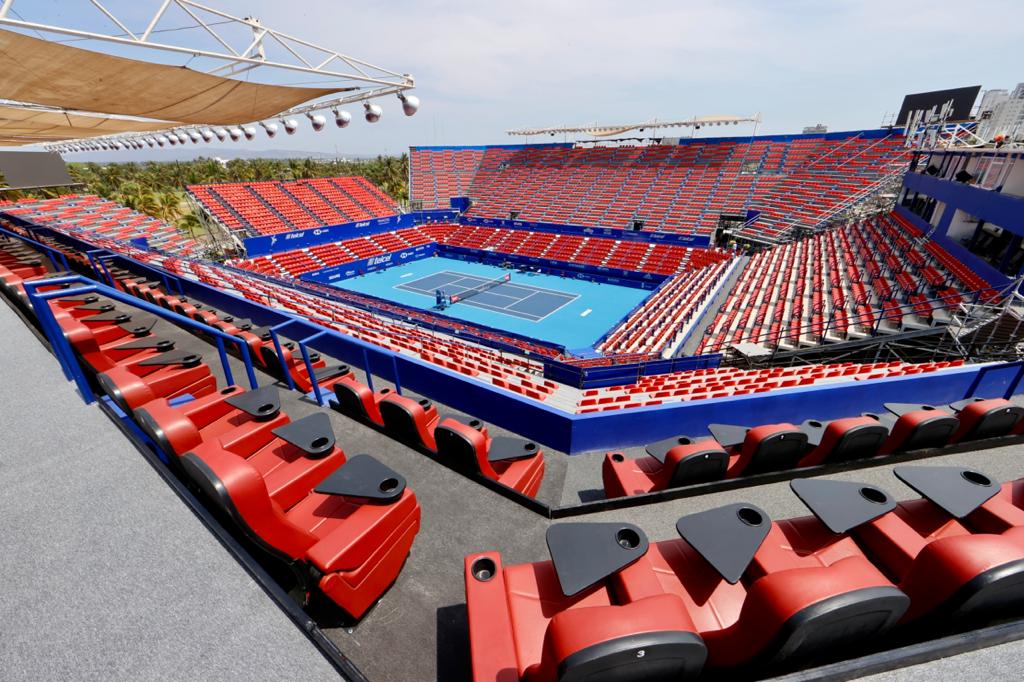 Next Gen Raises Their Hands

The XXVIII edition of the Abierto Mexicano Telcel presentado por HSBC has been categorized for having strong young players, starting with the first two seeds: the Greek Stefanos Tsitsipas and the German Alexander Zverev, ages 22 and 23.

But besides these two players who are well known on the ATP circuit, there were also five young players who are in the Top 10 of the Next Generation: Felix Auger-Aliassime, (WC) Sebastian Korda, (Q) Lorenzo Musetti, (Q) Brandon Nakashima and (WC) Carlos Alcaraz; the last two were eliminated in the first round of AMT 2021.

This category was created by the ATP in order to provide support to all players under the age of 20. At the end of each season, the top eight compete for the long-awaited Next Gen title.

Next Gen’s #1 is the 20-year-old Canadian Felix Auger-Aliassime (No. 18) who defeated the American Sebastian Korda (No. 92), fourth in the junior ranking, and reached the quarterfinals in Acapulco for the first time.

Aliassime wants to make the most out of this year since it’s his last Next-Gen to get his first title on the circuit. So far, he has played seven finals but hasn’t been able to win one. He reached five of those finals as a teenager, making him the first player to make five finals since Nadal in the 2004-2005 seasons.

“It’s my last year as a Next Gen player, it’s weird because I’m getting older every year, I’m the oldest in this category. There are many great players my age, but also great players like Carlos (Alcaraz) or Lorenzo (Musetti) who are 17 and 19 years old.”

It was precisely the second round where the Canadian defeated Korda. Aliassime took advantage of his rival’s constant mistakes and he was playing better than him since the beginning of the match.

In the second set, he broke in the seventh game, then took the lead 4-3 and shortly after that, he would surely win the match 6-3, 6-4 and get his ticket to the quarterfinals of the Abierto for the first time.

“I have proven that I can keep my mindset under control at important times, and I try to stay calm. I did well today because although Korda was playing better and better, I didn’t want him to get away,” Felix said.

Meanwhile, the Italian Lorenzo Musetti (No. 120), who defeated Diego Schwartzman in the first round, is another active player in the tournament.

The 19-year-old Italian, sixth in Next Gen’s ranking, demonstrated his mental strength by taking control of the match in an incredible way against the American Frances Tiafoe, and he managed to win after three sets of 2-6, 6-3, 7-6.

The 19-year-old Italian was 5-0 down after 21 minutes of the match, it looked like the night would end fast when Tiafoe won the first set 6-2.

Musetti, who comes from the qualifying tournament and is still recovering from the strenuous match yesterday, was forced to deal with his fatigue but he overcame that, and he managed to tie the match winning the second set 6-3.

Tiafoe, 23 years old, broke at the start of the final set and the score quickly went up 3-0. However, Musetti was not willing to let go of any opportunity and he played a great match in order to extend the set and define the tie-break match. The young man could not hold back his tears after his great battle.

“It was a very complicated match; every point was a struggle and when it ended, I couldn’t hold back my tears. I went and hugged my coach Simone Tartarini because I wanted to share this victory with him, he is like a second father to me”.

Musetti, #120 in the ranking, continues to live a dream in Acapulco and will seek to continue surprising everyone in the quarterfinals, where he will face the Bulgarian Grigor Dimitrov. Thanks to his great attitude, he is beginning to attract the attention of other players such as the German Alexander Zverev.

“I am no longer the new generation. Although I’ve been there for 3 years, now we can get to know new young players like Musetti and Alcaraz. It’s important for the sport to make everyone see how the new generations are starting to gain strength,” said Sasha, surprised by the way the Italian has advanced in the tournament after entering through the qualifying rounds. Without a doubt, these young players have left their mark in Acapulco. From Carlos Alcaráz and the amazing match against Zverev; Sebastian Korda surprising Marin Cilic in the first round; Brandon Nakashima who had a great qualifying tournament; Lorenzo Musetti who has fought against all odds in order to advance in the tournament; all the way to Felix Auger-Aliassime who, in his short 20 years, is still struggling to raise the trophy.