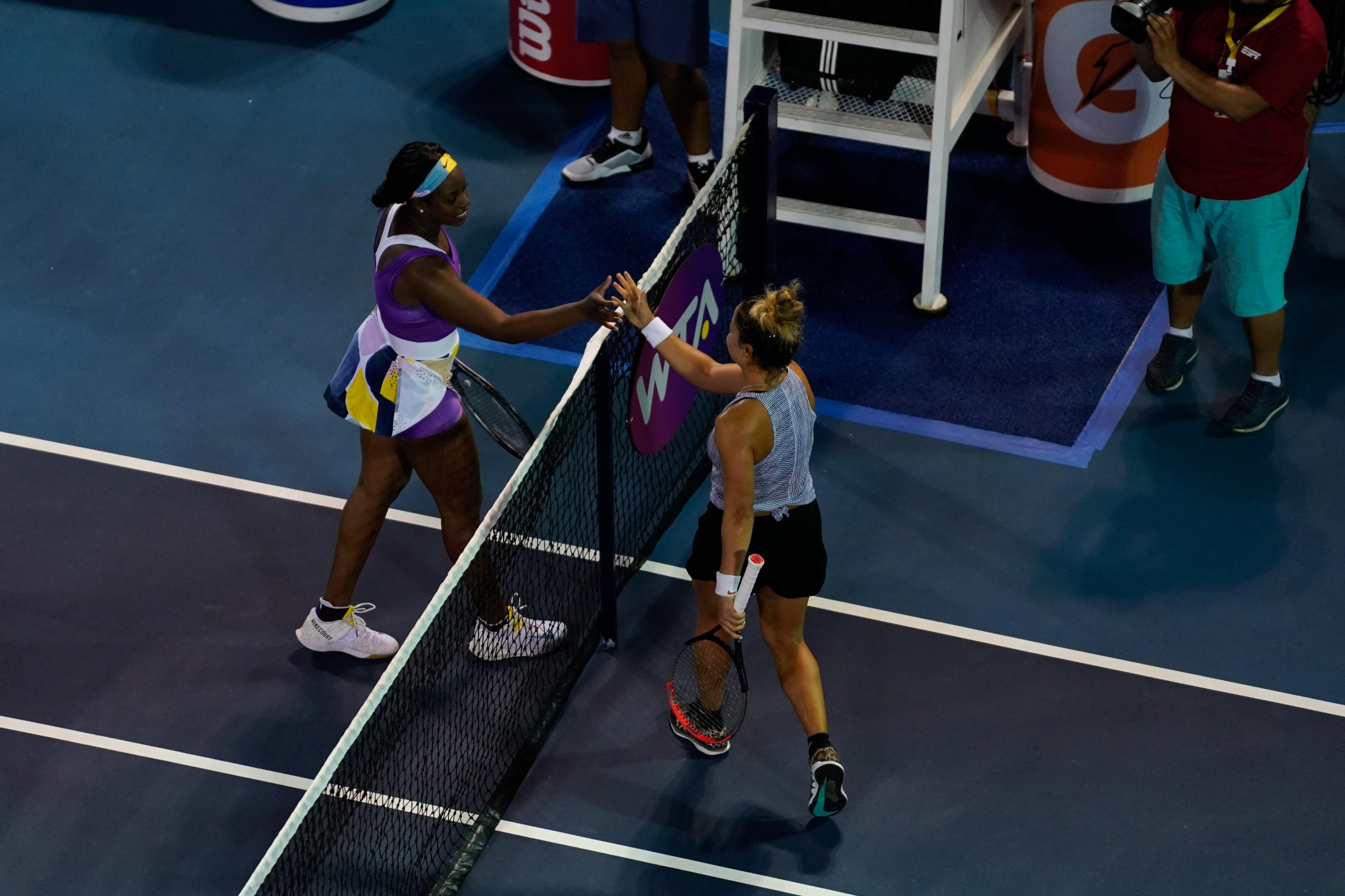 Acapulco, Gro., February 25, 2020.- Renata Zarazua stole the second round of the Abierto Mexicano Telcel, presentado por HSBC, with an epic victory against the american Sloane Stephens, the #1 seed in the tournament and player #35 in the WTA ranking.

It was a magical night for the mexican women’s tennis tournament, as Renata (ranked #270 in the world) got the crowd excited with her dedication and her extraordinary strategic work, which was elaborated with her team led by her brother.

Zarazua, 22-years-old, had a total of 15 winning strokes against Stephen’s 10 strokes, who was surprised and at times annoyed for not being able to play her usual game.

Although she already won a first-round match in the Abierto Mexicano two years ago against the czech Kristina Pliskova, this is Renata’s biggest victory in her career since she faced one of the best players in the world in recent years (Sloane was #3 in the WTA and she won the US Open once).

In addition, this meant a rematch for her since the mexican lost her match against the chinese Saisai Zheng in the 2019 edition when she had a match point to win her ticket to the second round.

“It was a mentally tough game, I’ve never played with her before, but I know her weakness. The idea was to move her, to never let her be well planted, to not let her feel comfortable. This game was super special because of who she is, and that means a lot to me. I entered the court thinking I could win; it was important to know and believe that I could. I’m grateful with my coaches and the people who support me because they help me move forward”, said the mexican player. In the second round of the tournament, she will face the american Katie Volynets, who defeated her countrywoman Shelby Rogers with a score of 6-2 and 7-6 (5).

In another result, the young canadian Leylah Fernandez (#190-WTA) had no complications defeating the serbian Nina Srojanovic in two sets in order to keep ascending in her career. Fernandez (Ecuadorian origin) won in straight sets of 6-4 and 6-1 in an hour with 10 minutes of action.

Leylah, winner of the Roland Garros Jr. and the Australian Open Jr. (both in 2019), entered this season as a professional, where she already had some important victories, especially representing her country in the Federation Cup. In the second round, Leylah Annie will play against the japanese Nao Hibino.

In other news, the italian veteran, Sara Errani (coming from the “qualy” and leaving behind her extra-court problems) managed to continue to the round of sixteen with a triumph in two sets against the spaniard Sara Sorribes Tormo, by the score of 7-5 and 6-4.

The americans Christina Mchale and Carolina Dolehide also moved on to the second phase. Mchale had to battle through three sets to eliminate her countrywoman lauren Davis, while Dolehide defeated Usue Maitane Arconada (also from the United States) by a double 6-2.