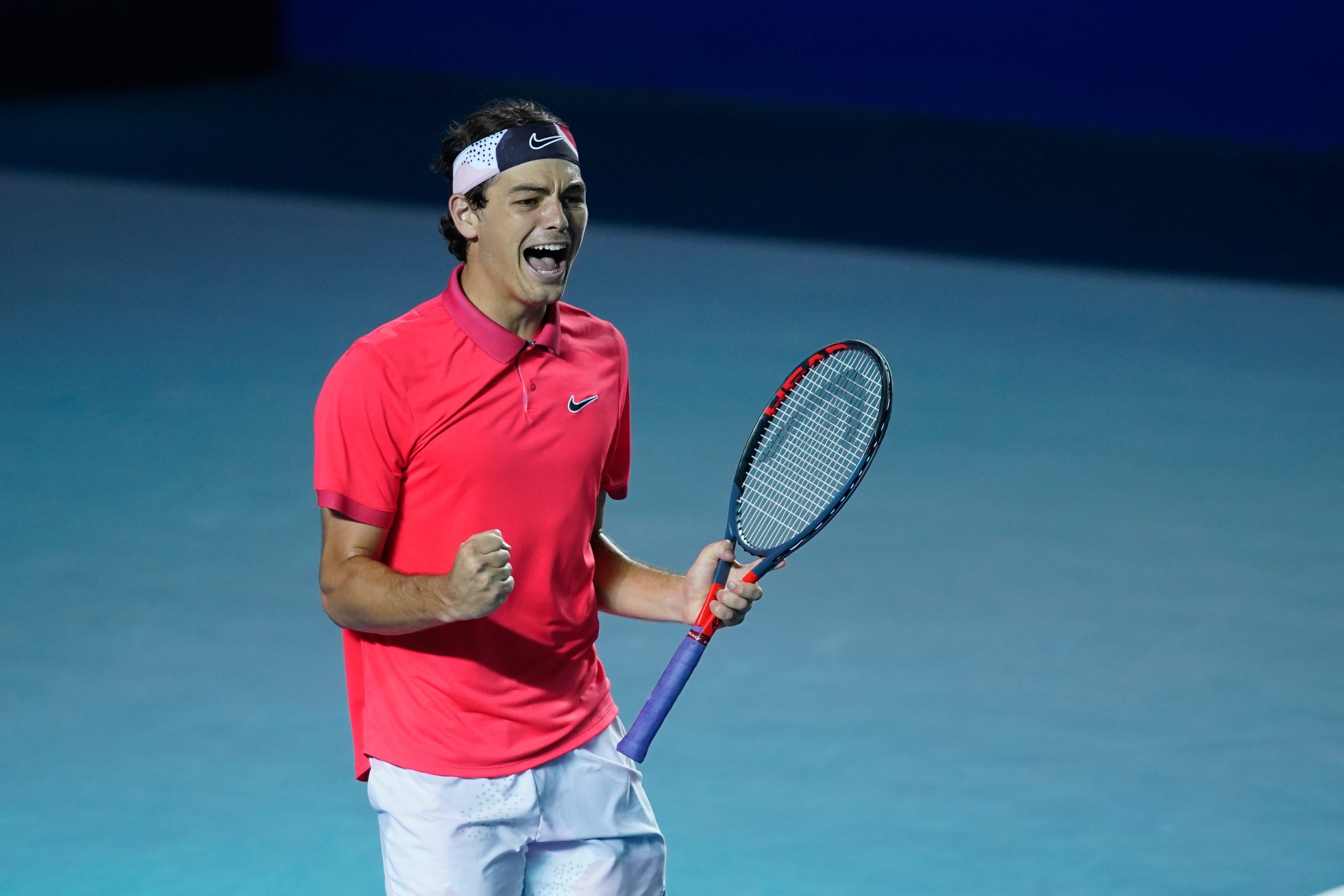 Taylor Fritz defeated Isner, he is the first finalist at the AMT

For the second time in four matches, Fritz took the victory and surpassed his best performance in Acapulco. Fritz (22 years old) defeated the giant (34 years old and 2.08 meters tall) 2-6, 7-5, and 6-2 in an hour and 41 minutes. Fritz won in two tiebreakers in the last duel they had, played back in Auckland 2019.

Isner dominated the beginning of the match, who got 2 breaks and 8 straight first serves, he won the first set in only 28 minutes. He kept his pace during the second set, Isner dictated the match with his powerful serve, and placed himself 4-2 against his rival’s bewilderment who was unable to find a way to counter back his powerful serve. In the 8th game of the second set, the tables turned when Fritz broke Isner’s serve to start his comeback.

At the beginning of the third, Fritz broke first with an early break, which John Isner was unable to recover from, and showed signs of discouragement.
The match ended and Fritz was ahead in the statistics, with 15 aces against 13 from his rival, and a 80% of points gained with his first serve. “It’s really tough when you loose your first and get a break, that could be it. I don’t know, I got really lucky today. I got the break in the second, to be able to come back and I still don’t really know how it happened”, said Fritz (35-ATP), who moves on for his second final in Mexico. Last year, he played in the match for a titule at the ATP 250 in Los Cabos, where he lost against the argentinian Diego Schwartzman.

The bomber from North Carolina (20-ATP) once again is left out at the Abierto, he got eliminated in the semifinals in 2019 when he lost in the same round against the australian Nick Kyrgios, that left him out in three sets.