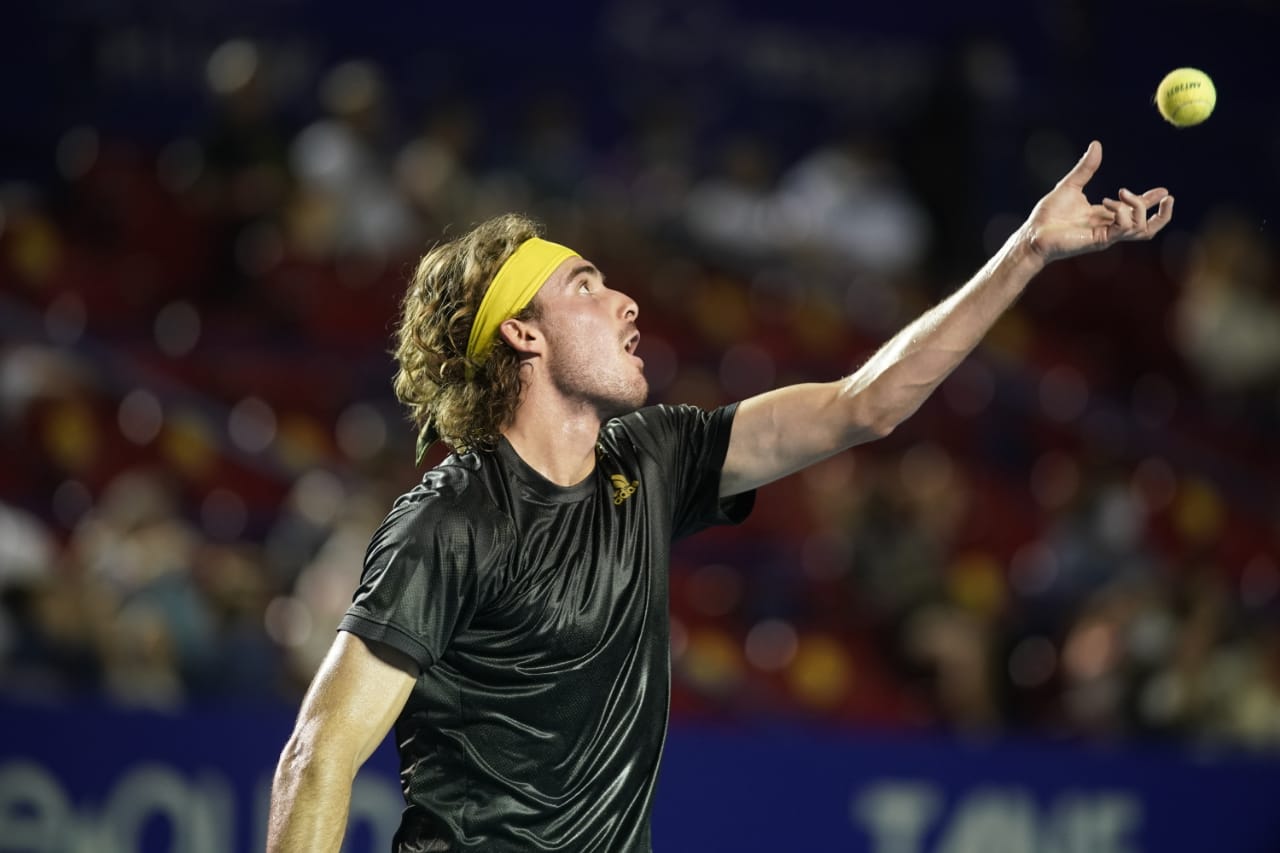 THE PEQUE IS OUT, TSITSIPAS STANDS FIRM

The second day of the tournament at the Abierto Mexicano Telcel presentado por HSBC was a day full of emotions and intensity where the first round of the main draw was completed, and the doubles tournament began.

The big surprise was when the Italian Lorenzo Musetti (No. 120), despite being the second youngest player in the tournament, being only 19 years, defeated the Argentine Diego Schwartzman (No. 9) in three very sets of 6-3, 2-6, 6-4.

Schwartzman arrived at Acapulco after playing the clay tour in South America, where he was crowned in the ATP 250 in Buenos Aires, his hometown. This was one of the reasons why he had a hard time adapting to the hard courts of Acapulco.

Even with the Mextenis Stadium chanting Peque’s name, Musetti increased the intensity, he risked himself more on key points and nullified any possibility for Schwartzman to score, who struggled until the last moment.

“It’s not easy to describe. The only thing I am sure is that it will be difficult for me to sleep tonight because I still have a lot of adrenaline left from the match, so although I am tired, it will be difficult to sleep,” said Musetti, who accessed the main draw through the qualification.

Musetti is coached by Simone Tartarini, and he made himself known to the tennis world in September of last year when he reached the third round of the Rome 1000 Masters and defeated players such as Kei Nishikori and Stan Wawrinka.

The current #12 of the world played a spectacular tennis. In order for him to achieve his goal of becoming the champion in an ATP tournament, he will have to defeat his next rival, the American Frances Tiafoe (No.64), who also had a difficult match that lasted almost three hours against his compatriot Brandon Nakashima (No.145).

Despite his long journey from Marseille, Tsitsipas was ready to go to the Mextenis Stadium and showed the tournament his first-class tennis, which was highly appreciated by the fans.

“It was amazing to see the energy of the audience out there. I felt a lot of support and love from the public and although I am not playing my best, due to the pandemic, they truly are the greatest. It’s important to live this and enjoy every moment, I hope to feel more of these emotions throughout the week, “said the world’s fifth player, who is trained by his father and is looking to win his sixth title in the ATP.

“Surely there will be very good serves, I will try to not only respond to his serve, but also to have a strong serve myself,” said the Greek.

In other news, the Bulgarian Grigor Dimitrov (No.17) advanced to the second round after the Frenchman Adrian Mannarino retired when he lost 6-4, 3-0 and said he retired due to a stomach problem. Dimitrov, Acapulco’s champion in 2014, will play against the 21-year-old Serbian Miomir Kecmanovic (No. 38), who had a solid first match against Feliciano Lopez (No. 61) who he defeated 6-4, 6-4.

Another player who had a solid start was the 22-year-old Norwegian Casper Ruud (No. 25) who only needed over an hour in order to defeat Daniel Elahi Galan (No. 121) 6-4, 6-1. He will face qualifier Tallon Griekspoor (No. 154) who defeated the American Denis Kudla (No. 123) for the second consecutive day, right when he entered the main draw as a lucky loser.

Finally, the Canadian Milos Raonic (No. 15), who debuted in the tournament after numerous attempts, advanced to the second round after beating Tommy Paul (No. 51), 7-6, 6-4.

“It’s been so much fun playing here. We are in a beautiful vacation destination, playing tennis in the evenings, so it’s an amazing atmosphere, “said the world’s former #3.

This past Tuesday, the doubles tournament began with a resounding victory of 6-2, 6-3 of the number one doubles formed by the Spaniard Marcel Granollers and the Argentine Horacio Zeballos against the Croatian Marin Cilic and the Austrian Oliver Marach.