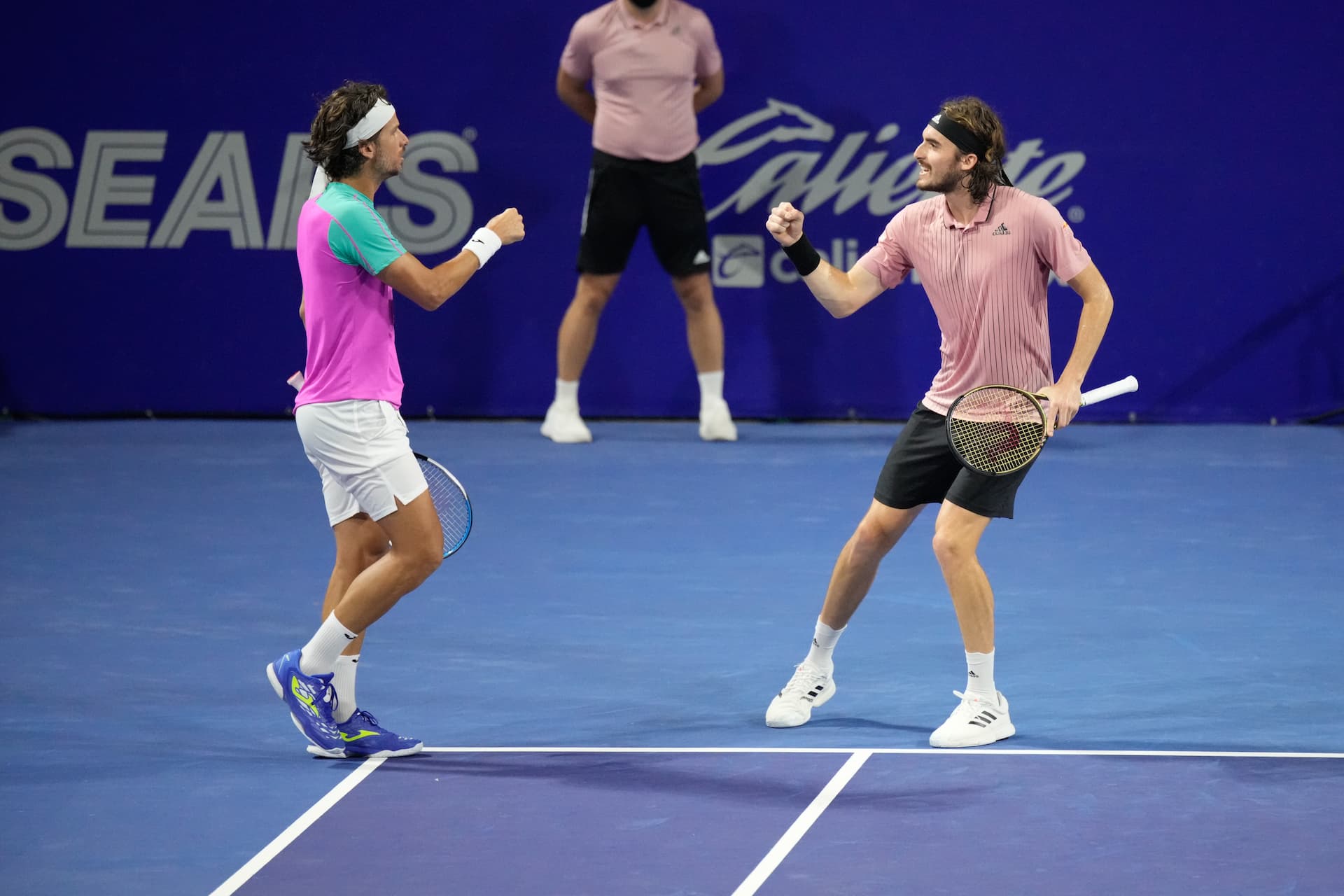 TSITSIPAS GOT TO THE DOUBLES FINAL

Acapulco, February 25th. – The Greek Stefanos Tsitsipas reached the doubles final of the Abierto Mexicano Telcel presentado por HSBC and managed to rescue his participation in the XXIX edition.

Tsitsipas and the Spaniard Feliciano López, with a wildcard, they got to the final by defeating the British Lloyd Glasspool and the Finn Harri Heliovaara 6-4, 6-4.

The Greek, who previously played the first semifinal in the singles category and lost to the British Cameron Norrie, was highly competitive and, this Saturday, he will seek the doubles title, as a kind of consolation prize along with the veteran Spanish tennis player.
Their rivals will be the Salvadoran Marcelo Arévalo and the Dutchman Jean Julien Rojer, who defeated the Mexican Hans Hach Verdugo and the American John Isner by 7-5, 7-5 in a match in which the Mexican fans were full of excitement and supported their compatriot in the Arena GNP Seguros.