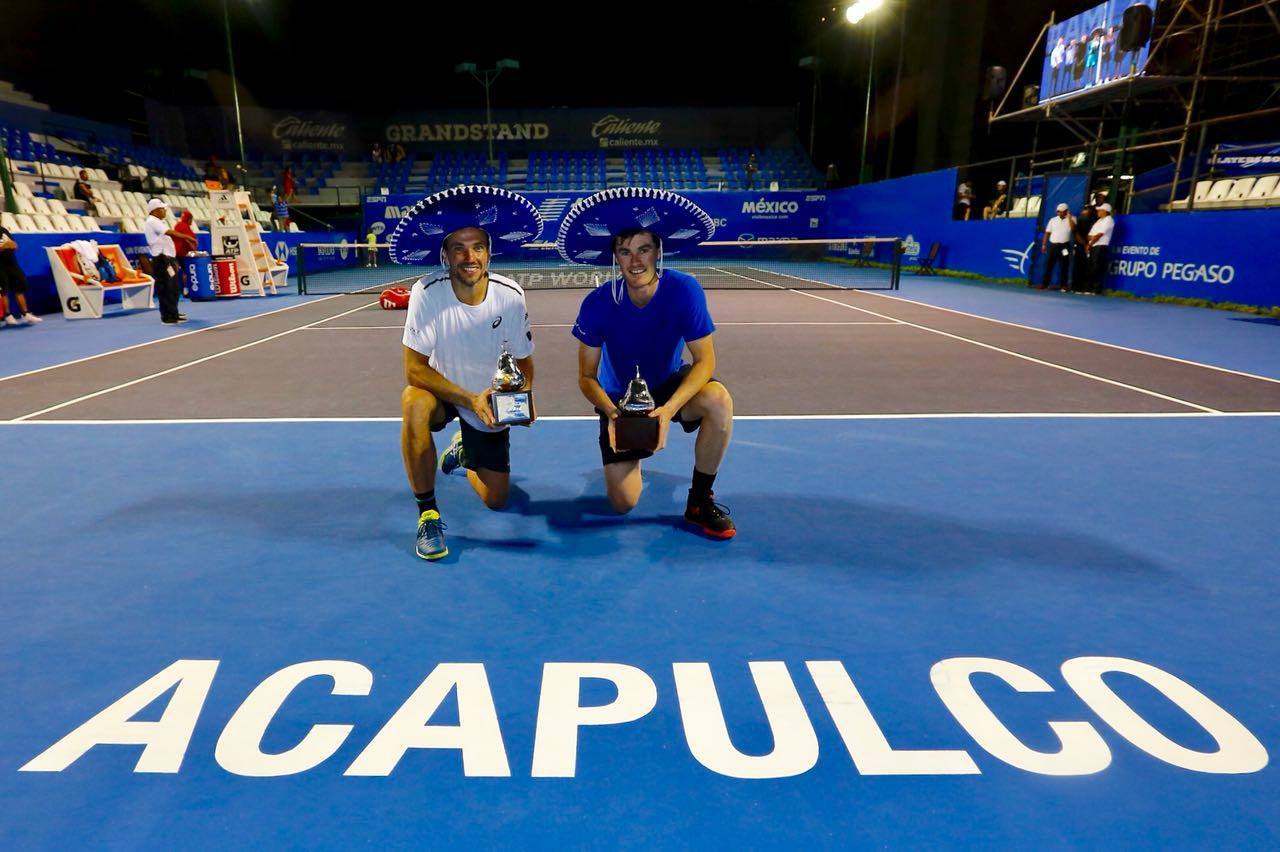 Acapulco will have 11 of the currently 30 best doubles players

A week before the start of the XXVIII edition of the Abierto Méxicano Telcel presentado por HSBC, there was an announcement withthe list of the couples that will form the main draw doubles in 2021.

In this list one can find 11 of the best 30 doubles players, as well as three pairs in the ATP Top 8.

The duo formed by Argentine Horacio Zeballos (4) and the Spaniard Marcel Granollers (13), will be thetop seeded couple. They come to Acapulco with their goal to continue with their victories just like they did back in 2020, where they won three titles played on clay (Rome, Rio de Janeiro and Buenos Aires), and were semifinalists in the Nitto ATP finals.

Last year they played in the Abierto de Acapulco and were defeated in the round of 16 against the French Adrian Manarino y Fabrice Martin.

Bruno Soares, #6, and the British Jamie Murray, #18, return to Acapulco with the intention of winning their third trophy.

They won 2 titles in the Mexican tournament back in 2017 and 2018, the second of which they defeated the Bryan brothers in a grand finale remembered by many. This couple is 4th in the Nitto Finals race to celebrate in Turin at the end of 2021.

Meanwhile, the duo formed by the British Joe Salisbury and the American Rajeev Ram, third in the Nitto Final’s race, visit Acapulco for the first time. They are seeking to reaffirm the great tennis level that led them to their second Australian Open Final in a row, where this year they were defeated by the Slovakian Polãšek and the Croatian Dodig, therefore, they were unable to revalidate their Champions’ title of 2020.

Frenchmen Nicolas Mahut and Pierre Hugues Herbert, who were crowned masters in 2019, will also be at this edition of the Mexican ATP 500. Both are making their first appearance as a couple in this tournament and they come to Acapulco with the trophies of the four Grand Slams (US Open 2015, Wimbledon 2016, Roland Garros 2018, and the Australian Open in 2019). The Mexican flag will be in the main draw, with the best player of the moment, Santiago González who will compete next to the Brazilian Marcelo Demoliner. The Spaniards Feliciano López and Marc López will also be part of the main draw.

The Zverev brothers, champions in 2019, will look for a place in the main draw in the qualifications round.

This Saturday, March 13th, begins the qualifications round of the Abierto Mexicano Telcel presentado por HSBC, where several players will seek one of the places that gives access to the tournament’s main draw and try to emulate what Cerundolo achieved two weeks ago in Córdoba (Argentina).

The Mexican public will also be able to see the Greek Petro Tsitsipás, Stefanos’s brother, who, with only 20 years old, will look for the way to play in the main draw of the ATP 500 for the first time in his career.

The Mexicans will not be absent in this round. Young Juan Alejandro Hernández, 21 years old, will play in the qualifications round, just like Luis Patiño.

The Americans Brando Nakashima or Emilio Nava will also be present in the qualifying round.

Gerardo López Villaseñor, who was the hero of the World Group II eliminations round against Bulgaria in the Davis Cup, received a wild card to participate in Acapulco’s main draw for the third year in a row.

Puerto Vallarta’s player, 25 years old, managed to beat the local Dimitar Kuzmanov in a match that lasted more than three hours and drove them to exhaustion in order to place the final 1-3 after overcoming two tie-breaks.

After Mexico’s victory in Bulgaria, the Mexican team will have to continue fighting for a spot in the World Group I for 2022.

Stefanos Tsitsipás climbs to 5th place in the ATP ranking

The Greek Stefanos Tsitipás,first seed of this tournament’s edition, managed to reach 5th place in the ATP, after making it to the semifinals in the ABN AMOR World Tennis Tournament in Rotterdam last week.

With this new ranking, the winner of the Next Gen ATP Finals of 2018, manages to equalize his best position on the ranking (August 2019).

Meanwhile the Swiss Roger Federer, who returns to play in Dubai after recovering from an injury, was backed down to #6 in the ranking.

This is the only change registered in the ranking of the Top 20 in the world. The Serbian Miomir Kecmanovic, who will be in Acapulco, rose to 38th place, this being his best ranking after falling in semifinals in the Argentine Open, in Buenos Aires, against the local Diego Schwartzman.

The Argentine Francisco Cerúndolo rose 25 places to rank #112 in the world after reaching the tournament’s final in Buenos Aires, where he could not emulate his brother Juan Manuel, losing against his countryman Diego Schwartzman, who won his fourth professional title and will be present at the Abierto Mexicano Telcel presentado por HSBC.

AMT Safety, the protocol that takes care of us all

Our goal is to take care of each other and enjoy the XXVIII edition of the Abierto Mexicano Telcel presentado por HSBC, therefore, we created the AMT Safety program, which is focused on preventing contagion and to protect us.

This program was created alongside the State of Guerrero’s authorities and its compliance is mandatory in order to enjoy the experience of the tournament.

Below, you will find everything you need to know about this program.

By following the AMT Safety protocol: you take care of yourself, we all take care of ourselves. For more information, please visit: https://abiertomexicanodetenis.com/amt-safety/